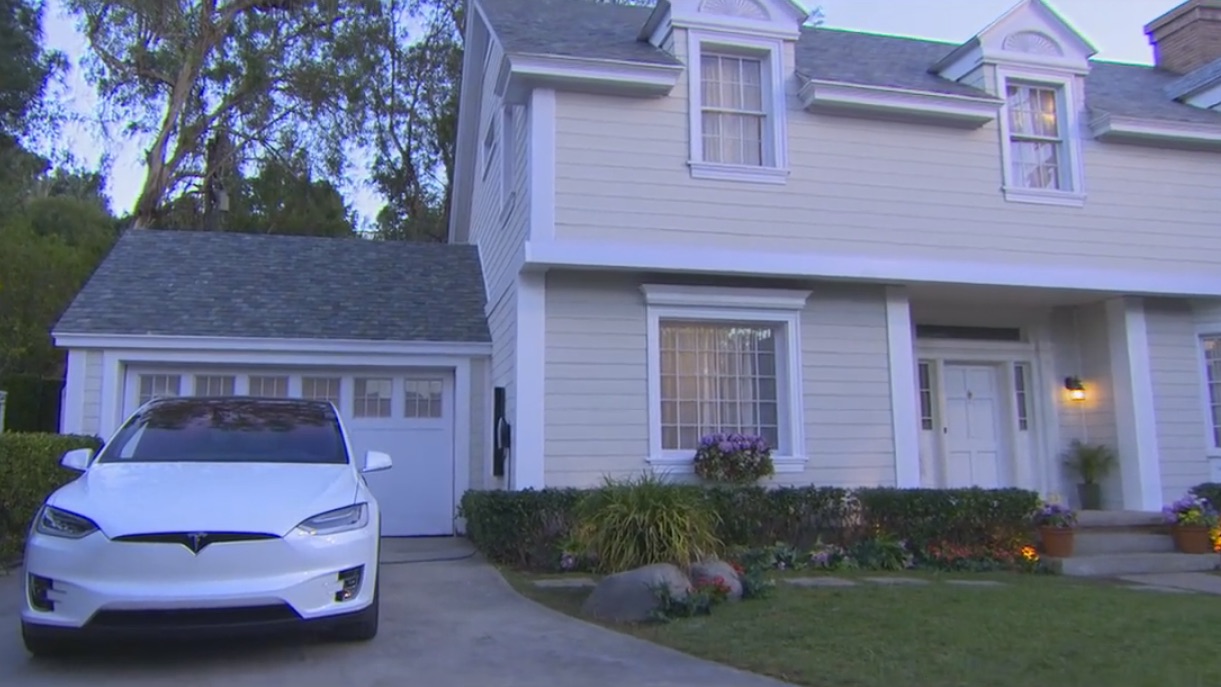 Tesla CEO Elon Musk took to the stage Friday evening at Universal Studios in Los Angeles to unveil the company’s latest solar roof: glass tiles embedded with photovoltaic cells but camouflaged as traditional roof tiles. Several hundred guests including us at Teslarati were escorted to a back lot lined with suburban homes, once a set to hit TV show Desperate Housewives, where they awaited the arrival of Musk.

While we caught up with familiar faces and gave ourselves a generous helping to some Tesla furnished food and drinks, we couldn’t help but gaze at the roof tops on the homes of Wisteria Lane. After all, this was a solar roof event and so there should be solar roofs.

I wonder if these are all solar shingles! @Teslarati pic.twitter.com/ULGR2Cfubq

From street level, and with the right angle of sun, Tesla owner and EV evangelist Dennis Pascual caught glimpses of what appeared to be photovoltaic cells lined within the roof tile on one of the homes. But what about the rest? Can’t tell.

Minutes before sunset, Musk would stroll onto the stage to introduce the company’s solar roof product. “How do we have a solar roof that’s better than a normal roof?” Musk said during the product introduction. “A roof that looks better than normal roofs, generates electricity, lasts longer, has better insulation, and has an installed cost that is less than a normal roof plus the cost of electricity” says Musk was the ultimate goal for the company when designing, in conjunction with SolarCity, its new solar roof tiles. Four homes along the back studio lot, each varying in style, were outfitted with Tesla’s photovoltaic embedded glass tiles that were camouflaged to match the home’s architectural style. From the street where guests stood, the solar roof tiles were virtually indistinguishable from traditional roof tiles. That’s because the tiles are made of glass and contain micro louvers that alter the appearance of the tile depending on one’s viewing angle. From street level, the tiles appear nontransparent, but as viewing angle becomes perpendicular to the tile, underlying solar cells become visible.

Beyond being “beautiful, affordable, and seamlessly integrated”, according to Musk, the glass tiles are actually stronger than traditional roof tiles made of clay and slate. Demonstrating this,Musk played a video that showed a heavy weight being dropped onto roof tiles of varying materials. The solar roof tile made of glass sustained little damage while the other tiles shattered when struck by the falling weight.

Musk did not mention the price for the new solar roof tiles but did say it would be available in four different architectural styles: Tuscan, slate, smooth, and textured.