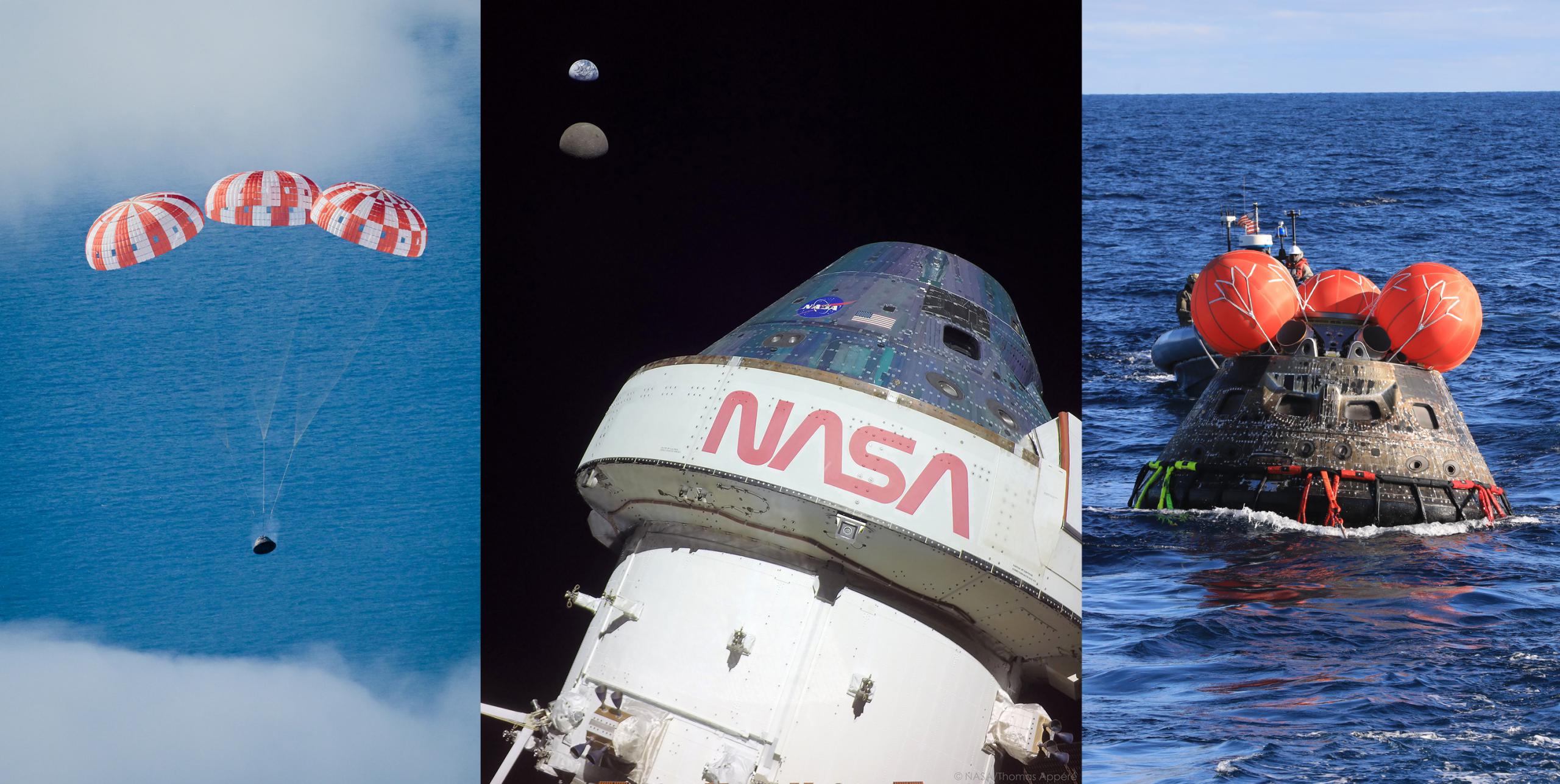 Six years behind schedule, roughly $20 billion over budget, and costing taxpayers almost $50 billion through its first full flight test, anything less than near-perfection would have been a moderate scandal. But to the credit of NASA and its contractors, who have all worn excuses in the spirit of ‘perfection takes time’ threadbare, the international team behind Artemis I appears to have actually delivered on those implied promises. While some small bugs were unsurprisingly discovered over the 25-day mission, a collection of excellent post-launch NASASpaceflight.com interviews confirm that each major part of the SLS rocket performed about as flawlessly as their respective teams could have hoped for.

Originally intended to launch in late 2016, the first SLS rocket lifted off with the second space-bound Orion spacecraft on November 16th, 2022. Propelled by its European Service Module (ESM), Orion passed the Moon around November 21st. It then entered an unusual distant retrograde orbit (DRO) around the Moon on November 26th, reaching a record distance of 432,200 kilometers (268,563 mi) from Earth in the process. After less than a week in lunar orbit, Orion departed DRO on December 1st and began a long journey back to Earth.

On December 11th, about four weeks after liftoff, Orion separated from its disposable service module (~$400 million) and slammed into Earth’s atmosphere traveling around 11 kilometers per second (~25,000 mph). In another credit to NASA and capsule contractor Lockheed Martin, Orion’s reentry, descent, and splashdown all went perfectly. After its ablative heat shield did most of the work slowing it down, the spacecraft deployed parachutes and splashed down in the Pacific Ocean some 240 kilometers (~150 mi) off the coast of Mexico’s Baja Peninsula, southwest of California.

Taking full advantage of the fact that Orion and SLS are a government program and continuing in the footsteps of the Apollo Program, the US Navy was tasked with Orion spacecraft recovery. To that end, it deployed USS Portland – a 208-meter-long amphibious transport ship crewed by hundreds of sailors – to recover Artemis I’s Orion, which was completed without issue using the ship’s Navy helicopters, fast boats, and floodable well-deck.

Following capsule recovery, which wrapped up almost seven hours after splashdown, it’s safe to say that NASA’s Artemis I mission was a spectacular, near-perfect success. Only a few aspects detract from the extraordinary performance of the spacecraft. Most significantly, despite being half a decade behind schedule and billions of dollars over budget, Artemis I’s Orion capsule and service module did not fly with or test a functioning docking port or Environmental Control and Life Support System (ECLSS). Those systems will not be tested in space until Artemis II, Orion’s first astronaut launch, inherently reducing the risk-reduction and predictive value of the flight test.

Additionally, Artemis I launched Orion to a distant retrograde lunar orbit. No future NASA missions are scheduled to use DRO. For the time being, Artemis II will be a free-return lunar flyby mission, meaning that Orion will never enter orbit around the Moon – the safest possible lunar trajectory for its crewed debut. For Artemis III and all future Orion missions, the spacecraft will enter a different near-rectilinear halo orbit (NRHO) around the Moon – similar to DRO in spirit but entirely different in practice. That again slightly reduces the value of Orion’s spectacular performance during Artemis I.

Finally, due to a series of decisions and the shockingly slow expected performance NASA and its contractors, the next Orion and SLS launch is unlikely to occur before 2025. Recently discussed by the US Government Accountability Office (GAO) in a September 2022 report [PDF], the cause is strange. GAO says that “NASA estimates it will require ~27 months between Artemis I and Artemis II due to Orion integration activities and reuse of avionics from the Artemis I crew capsule on…Artemis II.” In other words, even though Artemis I was near-flawless, Artemis II will be delayed partly because of an attempt to reuse a tiny portion of its successfully recovered capsule.

Ars Technica’s Eric Berger recently provided another tidbit of painful context with the discovery that the decision to reuse the first deep space Orion’s avionics boxes was made eight years ago to close a “$100 million budget hole.” Inexplicably, NASA and Lockheed Martin believe it will take more than “two years to re-certify the flight hardware.” Berger explains that years ago, NASA only intended to launch SLS’s first Block 1 variant once, and expected that it would take at least three years to retrofit the rocket’s sole launch tower for the rocket’s Block 1B upgrade and second launch overall.

Years later, parochial pork-hungry members of Congress leaped on an opportunity to force NASA to build a second launch tower to help avoid that three-year gap between launches. Ironically, that second tower, ML-2, is now expected to cost anywhere from 2.5 to 4 times more than its original $383 million price tag and is years behind schedule. Meanwhile, SLS Block 1B is also years behind schedule, which led NASA to decide to launch SLS Block 1 three times instead of just once.

Ultimately, that means that the bizarrely slow recertification of eight Artemis I Orion avionics boxes – not the SLS rocket, ground systems, or any rework required after their launch debut – is now “the primary critical path for…Artemis II.” As a result, Berger estimates that delays caused by the decisions NASA made to save $100 million almost a decade ago will likely end up costing taxpayers $1 billion.