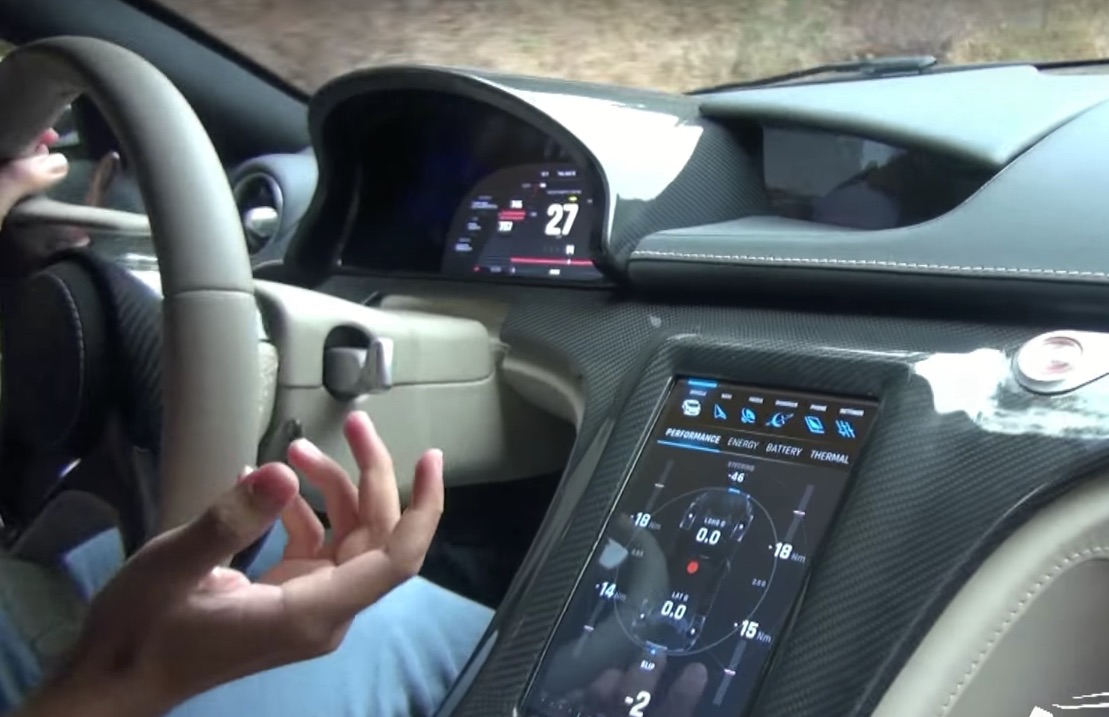 A new video taken from internationally famed Monterey Carweek takes a rare inside look at the digital controls driving the 1088hp Rimac Concept_One. At first glance, the large touchscreen center display on the Concept_One is reminiscent of the centerstack Tesla has made famous since the introduction of the Model S. However, that’s where the similarity ends.

Mate Rimac founder of Rimac Automobili, the Croatian car manufacturer looking to produce the world’s first electric hypercar, demonstrates through the first US customer delivered Concept_One, how the software behind the main center touchscreen is able to provide an amazing level of detail for the inner workings of the vehicle. Torque sent to each of the vehicle’s four wheel-mounted motors can be monitored individually.

What seems like a dozen or more metrics are exposed about the battery. From battery cell temperature to voltage and electrical resistance, Concept_One is clearly designed for the die-hard Motorsport enthusiast looking for the deepest level of connection with the vehicle. Torque distribution can be achieved through a simple slider that determines the ratio between the front and rear drivetrain. Similarly, a driver can set the brake balance between the front and rear brakes.

Tesla’s latest Ludicrous Model S P100D claims a 0-60 mph time of 2.5 seconds, which beats out the Concept_One by one-tenth of a second, but one thing that currently sets Concept_One apart from Tesla is their intended audience. Though the P100D 7-seater sedan is aimed at mass market consumers, one can argue that an owner seeking to drive the world’s fastest accelerating production car would have a penchant for performance and a deeper level of insight into the vehicle. It might not be a bad idea if Tesla’s future Firmware 8.0 could one day open up an ‘Advanced Mode’ for the Motorsport enthusiast.

Until then, check out the 10-minute video via alexsmolik demonstrating the Rimac Concept_One race-centric touchscreen controls.