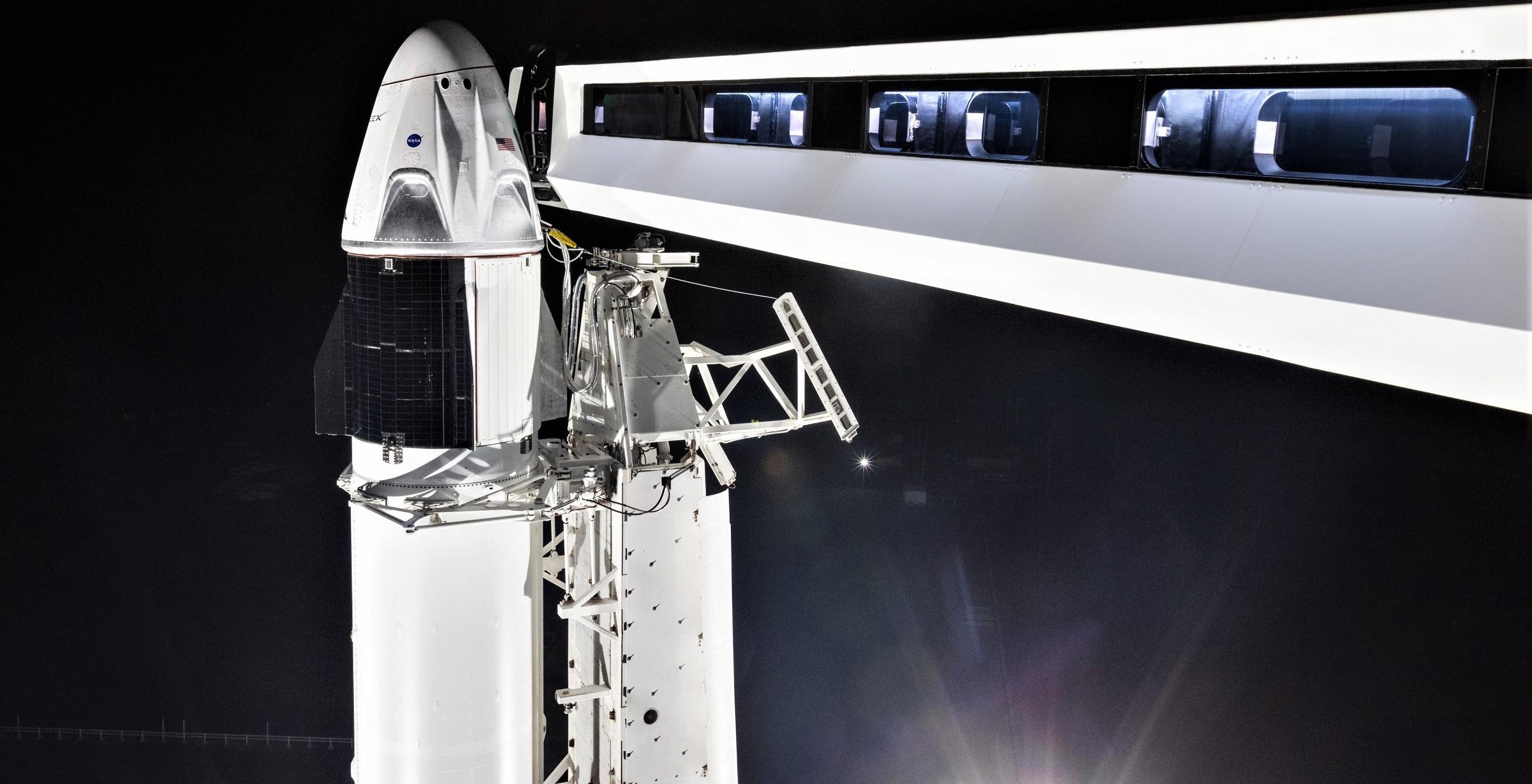 Late last week, SpaceX published official photos of Crew Dragon’s first trip out to Launch Complex 39A (Pad 39A) atop its specially-certified Falcon 9 Block 5 rocket, showing off what looks to have been a successful integrated fit check and an important precursor to the debut launch of the company’s first human-rated spacecraft.

Despite the obvious readiness of SpaceX’s hardware and facilities for this historic mission, the company has been met with a brick wall that has almost indefinitely killed almost all forward momentum towards Crew Dragon’s first trip to orbit, appearing in the form of elected leaders so inept that they have failed to properly fund the bureaucracies underpinning the vast majority of the federal government for more than three weeks, NASA included.

About a month away from the first orbital test flight of crew Dragon https://t.co/U01Oxu3M7E

NASA has been severely impacted by the shutdown since it began on Dec 21 and has been operating at barely 5% capacity since then, just shy of the equivalent of throwing a bucket of wrenches into an intricately complex machine. Put simply, the entire agency is more or less at a standstill, aside from the most basic of operations and the support of spacecraft and facilities that cannot pause for the convenience of childish games of political brinksmanship. Among the parts of the agency harmed are those involved with the late-stage Commercial Crew Program (CCP) certification work and general program support, directly translating into an almost indefinite pause on Crew Dragon’s autonomous launch debut, known as DM-1.

Science-funding agencies that are open: DOE, DOD, and NIH.

The big ones that are affected: NSF, NIST, NOAA, NASA, EPA, USGS, FDA, Smithsonian, USDA@sciencemagazine has a rundown of the impact of the shutdown for agencies with a science focus https://t.co/uAPz7AWoVT

Despite the ironic fact that their operations would likely be considered critical and thus be free of the brunt of a government shutdown’s impact once SpaceX’s Crew Dragon and Boeing’s Starliner are demonstrated and declared operational, almost all conceivable programmatic aspects of Commercial Crew Program currently fall into non-critical categories as both providers prepare for their first uncrewed demonstration missions to orbit. These autonomous demo missions will be immediately followed by crewed demonstration missions in which real NASA astronauts will fly to the International Space Station before NASA can finally complete the operational certification of Crew Dragon and Starliner.

Simultaneous ironic and gratingly painful, the first operational crewed launches are explicitly dependent on certifications to immediately follow crewed demonstration launches, which themselves are no less dependent upon the receipt of NASA certifications after each spacecraft’s first uncrewed demonstration launch. As such, every delay to CCPs uncrewed demo launches will likely translate into a near 1:1 delay (if not worse) for the operational debut of both spacecraft, already operating dangerously close to the edge of assured access to the ISS thanks to a range of delays caused by technical challenges and NASA sluggishness. 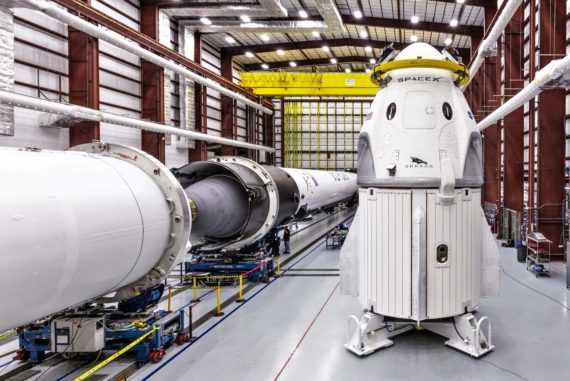 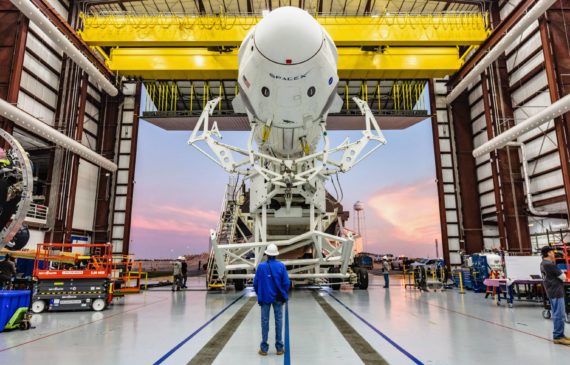 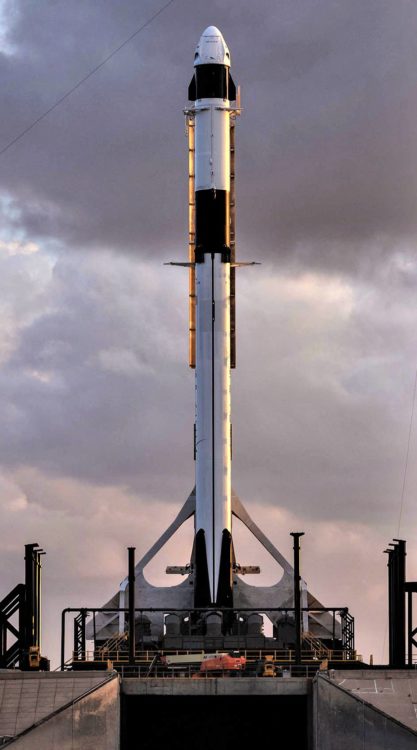 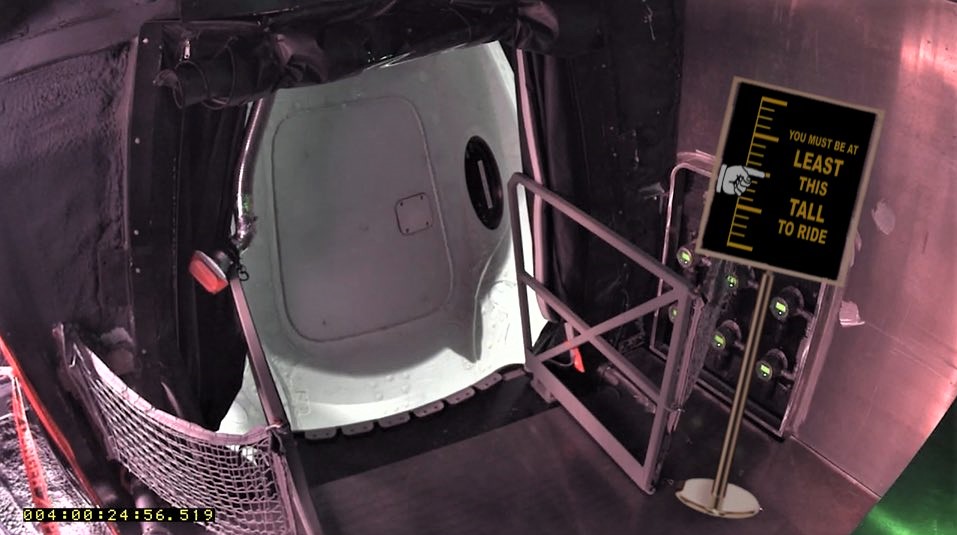 The view of Crew Dragon from SpaceX’s freshly-installed Crew Access Arm at Pad 39A. (SpaceX)

NASA currently relies entirely on launch contracts on Russian space agency Roscosmos’ Soyuz rocket and spacecraft to deliver NASA astronauts to the ISS, and those contracts are set to end in a fairly permanent manner as early as November 2019, although the end of NASA’s Soyuz access could potentially be pushed back as far as Q1 2020. Ultimately, a single month of delays at this phase of SpaceX’s Crew Dragon launch debut preparations could snowball into even worse delays for the crewed DM-2 and PCM-1 (Post-Certification Mission) missions and beyond, all of which are heavily dependent on NASA completing a vast sea of paperwork that would likely be ongoing at this very moment if 95% of the agencies staff wasn’t furloughed.

Thankfully, SpaceX at least was able to still perform a dry Falcon 9 and Crew Dragon rollout at Pad 39A, likely serving as an integrated fit-test for the rocket, spacecraft, and fresh pad infrastructure, which includes a brand-new Crew Access Arm (CAA) installed near the end of 2018. While spectacular and apparently successful, it’s undeniably hard to ignore the marring of the government shutdown and inevitable schedule delays it will cause.

SpaceX and its hardware is clearly ready for business – how much longer will we have to wait for the elected representatives of the US demonstrate a similar interest in doing their jobs?