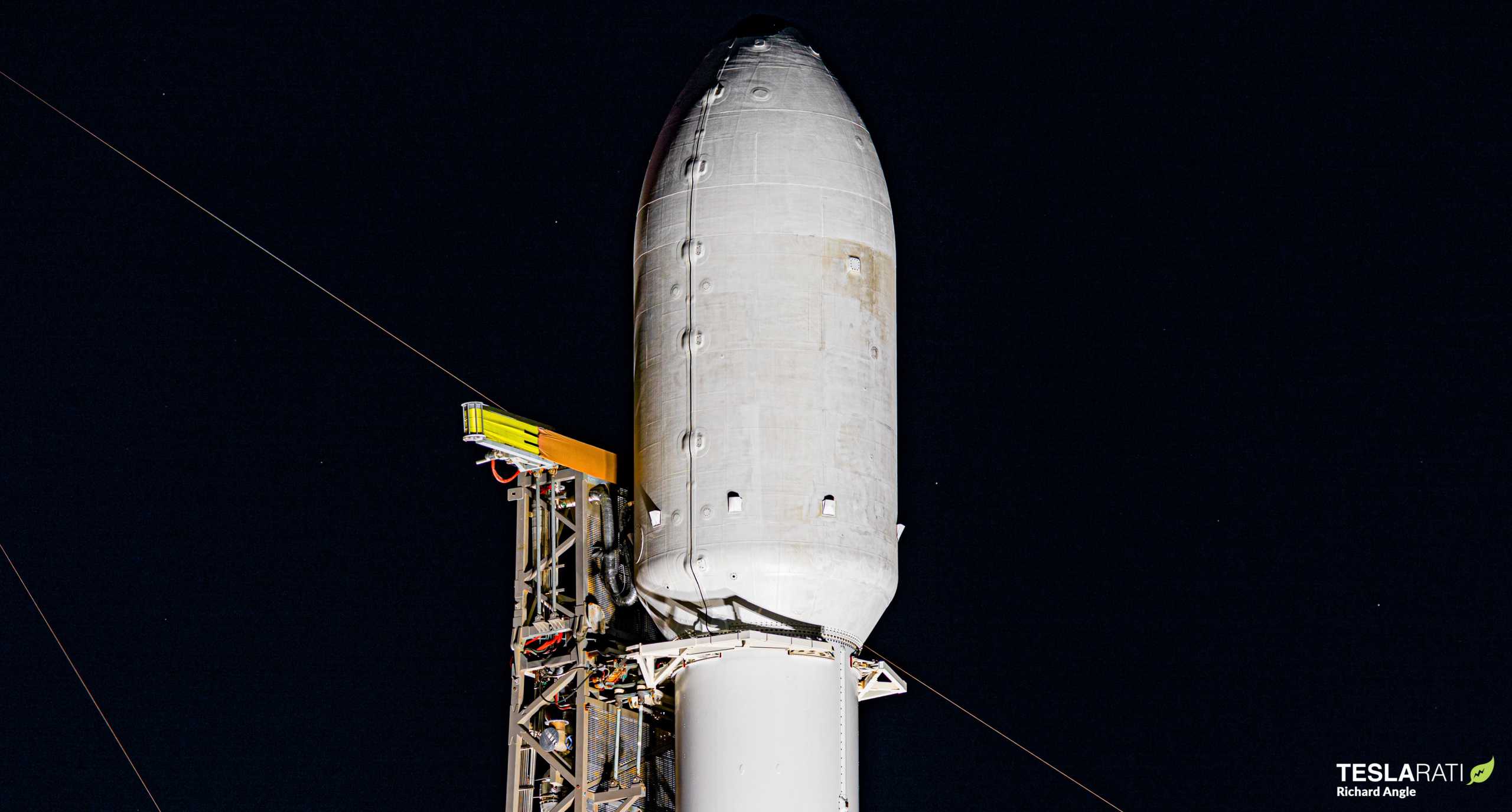 SpaceX's 11th Starlink launch this year is on track to break a fairing reuse milestone for the first time in the history of spaceflight. (Richard Angle)

Prior to the announcement, fairing recovery ship GO Ms. Tree was spotted diverting to a North Carolina port for unknown reasons, leaving twin ship Ms. Chief to recover both fairing halves. Based on bouy data, conditions at the Atlantic Ocean fairing and booster recovery zones appeared to be moderately challenging but far from unreasonable and SpaceX has been happy to point to recovery weather for past launch delays.

SpaceX has revealed that its next Starlink launch will mark a new first for Falcon 9 payload fairing reuse, reaching a milestone that took booster reuse 18 months in less than a year.

Scheduled to lift off no earlier than (NET) 2:19 pm EDT (18:19 UTC) on Thursday, September 17th, the Starlink-12 (v1.0 L12) mission will be SpaceX’s 11th in 2020 alone and 13th overall. If things go according to plan, it could leave SpaceX’s nascent constellation just two or so months away from the beginning of the first public beta tests of Starlink internet service.

Meanwhile, Falcon 9 booster B1058 will be attempting its third launch less than four months after its flight debut, an unprecedented cadence of reuse for SpaceX. Aside from likely ensuring that B1058 becomes the proud holder of SpaceX’s first and second place records for booster turnaround (time between launches), the mission also continues an unexpected trend: the near-extinction of Falcon 9 static fire tests.

SpaceX’s first successful Falcon booster landing happened in December 2015, just a few months shy of five years ago. In March 2017, two years later, SpaceX reused a Falcon 9 booster on an orbital-class launch for the first time in history. Some 21 months after that historic milestone, SpaceX launched the same Falcon 9 booster for the third time, kicking off a relentless series of reusability firsts that continue to be made to this day.

Now, SpaceX says it’s about to launch the same Falcon 9 payload fairing half for the third time in a significant and unexpected first for fairing reuse. Constructed primarily out of a carbon fiber-aluminum honeycomb composite material, Falcon fairings are dramatically more fragile – and reaches much higher altitudes and velocities – than the boosters SpaceX has cut its teeth on recovering and reusing.

Additionally, prior to SpaceX’s September 16th reveal, it was purely up to speculation whether the company would be able to reuse Falcon fairing halves more than once, particularly when a given fairing half is only fished out of the ocean. If successful, Starlink-12 will prove that Falcon fairing halves can be reused at least three times regardless of whether SpaceX was/is able to catch said halve in a recovery ship’s net.

Meanwhile, SpaceX appears to be turning a major corner on Falcon 9 launch operations. Of all 93 Falcon 9 launches since the rocket’s June 2010 debut, every single one has been preceded by a combined wet dress rehearsal (WDR) and static fire test a few days or weeks prior to liftoff. Effectively simulating a launch 1:1 up to the exact moment before liftoff, SpaceX has used static fires to verify vehicle health and firewall minor quality assurance lapses for as long as it’s been launching rockets.

In a major operational change that has almost flown under the radar, SpaceX appears to have killed the practice of universal prelaunch static fires beginning with Starlink-8 in June 2020. Including Starlink-8, of the seven launches SpaceX has completed in the last three months, just three (GPS III SV03, Starlink-9, and Starlink-10) included Falcon 9 static fire tests prior to liftoff. A step further, two of the four static fire-free launches were for major commercial missions – not retiring risk on SpaceX’s own Starlink launches, in other words.

As of today, Falcon 9 has completed 65 successful launches since the last catastrophic vehicle failure (Amos-6, September 2016) and 74 consecutively-successful launches if Amos-6 (which never lifted off) is excluded. As of 2020, it’s the most reliable US launch vehicle currently in operation, surpassing ULA’s Atlas V several months ago. In fewer words, it’s not actually surprising (in retrospect) that SpaceX has begun to relax its position on static fires – especially considering that there isn’t another launch provider on Earth that static fires rockets before every launch.

More likely than not, SpaceX will continue to static fire Falcon 9 and Heavy boosters at the launch pad before their flight debuts and upon customer request. If launch or post-flight inspection data offer reason(s) for concern, SpaceX may still choose to static fire boosters out of caution. Additionally, SpaceX shows no signs of ending the practice of performing full booster static fires in McGregor, Texas as part of acceptance testing, still leaving it a step beyond traditional rocket manufacturers, which only static fire individual engines.

Regardless, SpaceX’s 13th Starlink launch will be streamed live as usual, with coverage beginning around 15 minutes prior to liftoff.