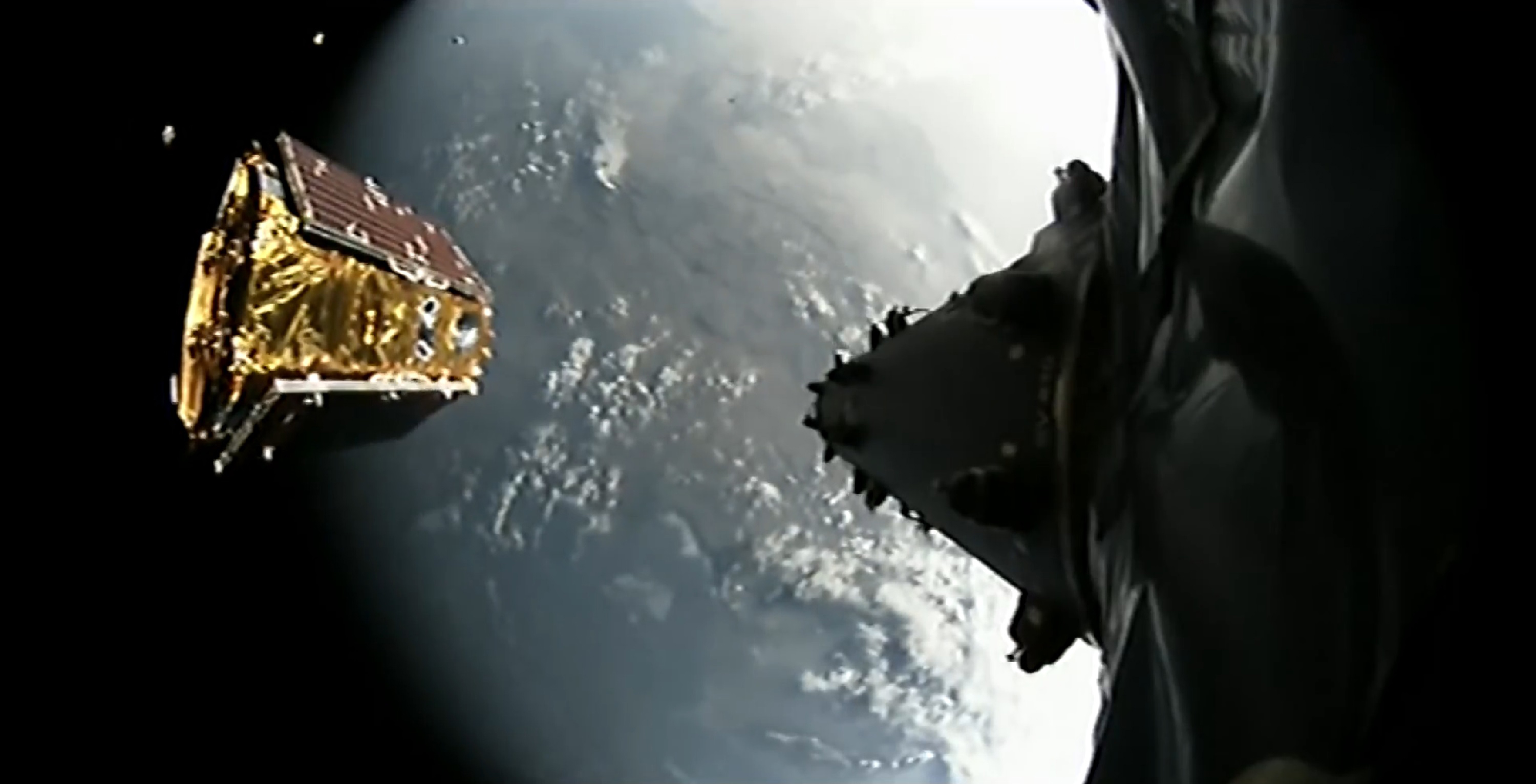 SpaceX has all the Starlink funding needed for an “operational constellation”

A spectacular view of Iridium NEXT satellites during orbital deployment. Starlink deployment will be even more of a spectacle. (SpaceX)

A few hours prior to the launch attempt, SpaceX CEO Elon Musk hosted a conference call with members of the press and answered a number of questions about Starlink, providing the best look yet into the company’s newest endeavor. Topics included the advanced technologies on each Starlink satellite, their extremely unorthodox deployment method, SpaceX’s ultimate goals for the constellation, and even a few brief comments on funding.

Perhaps the single most important thing Musk noted in the hour-long media briefing was his belief that SpaceX already has “sufficient capital to build an operational constellation.” It’s possible that that statement is heavily qualified, as Musk did not delve into greater detail, but it is still an incredible claim that could mean Starlink is far ahead of competing constellations and far more capital-efficient than OneWeb.

As previously discussed on Teslarati, in the last four years, OneWeb has raised $3.4B of funding, while SpaceX – a company primarily focused on building and launching rockets – has raised $2B, half of which is known to be dedicated to Starlink. OneWeb’s constellation (either 650 or 2650 satellites) cost estimate has grown quite a bit recently and stands at ~$5B. Assuming all $2B of the funding SpaceX has raised is dedicated to Starlink, that would translate to a per-satellite cost – including all infrastructure and launch – of $450,000 for the first phase (~4400 satellites).

Musk’s contextual definition of an “operational constellation” is probably more in line with the twelve 60-satellite launches he described as necessary to provide “significant [broadband] coverage”. It could also refer to the entire tranche of ~1600 Starlink satellites planned for the lower 550 km (340 mi) orbit this first batch of 60 is headed for, a number that Musk stated would offer “decent global coverage”. Either way, Starlink is almost certainly far more capital-efficient than OneWeb, LeoSat, Telesat, or any other satellite constellation with serious intentions.

The most obvious explanation for this – regardless of the satellites themselves – is simple: SpaceX owns its own closed-loop launch capability, including pads, integration facilities, an established cross-country transport network, and the rockets (Falcon) themselves. For any of the proposed satellite constellations to succeed, the manufacturers will almost invariably need to find build satellites so affordably that the cost of launch outweighs the cost of its payload. This ultimately means that launches alone could account for something like 50% of the cost of an entire satellite constellation.

Assuming Block 5 boosters can be reused at least 5-10 times each, the only real cost of an internal SpaceX launch is the hours worked, recovery fleet operations, and the expended upper stage and fairing – likely less than $30M altogether. As such, SpaceX may already be achieving its satellite cost targets on its first launch.

Meanwhile, Musk also offered some detail on the deeply unorthodox method SpaceX has chosen for spacecraft deployment once in orbit. Apparently, Starlink satellites will be deployed from Falcon 9’s upper stage by rotating the stage (presumably along its vertical axis) and simply letting go of the spacecraft. Musk used the analogy of spreading a deck of cards on a table, seemingly suggesting that they will either be released simultaneously (perhaps by stack) or with a stagger measured in milliseconds. This could create a fairly spectacular visual, forming an evenly-spaced spiral of satellites spreading out from the Falcon upper stage.

Above all else, Musk mainly seemed to be excited about Starlink, whether discussing the constellation’s long-term goals or the technology utilized on each individual satellite. Some miscellaneous facts and tidbits taken from the Q&A can be found below:

SpaceX has all the Starlink funding needed for an “operational constellation”