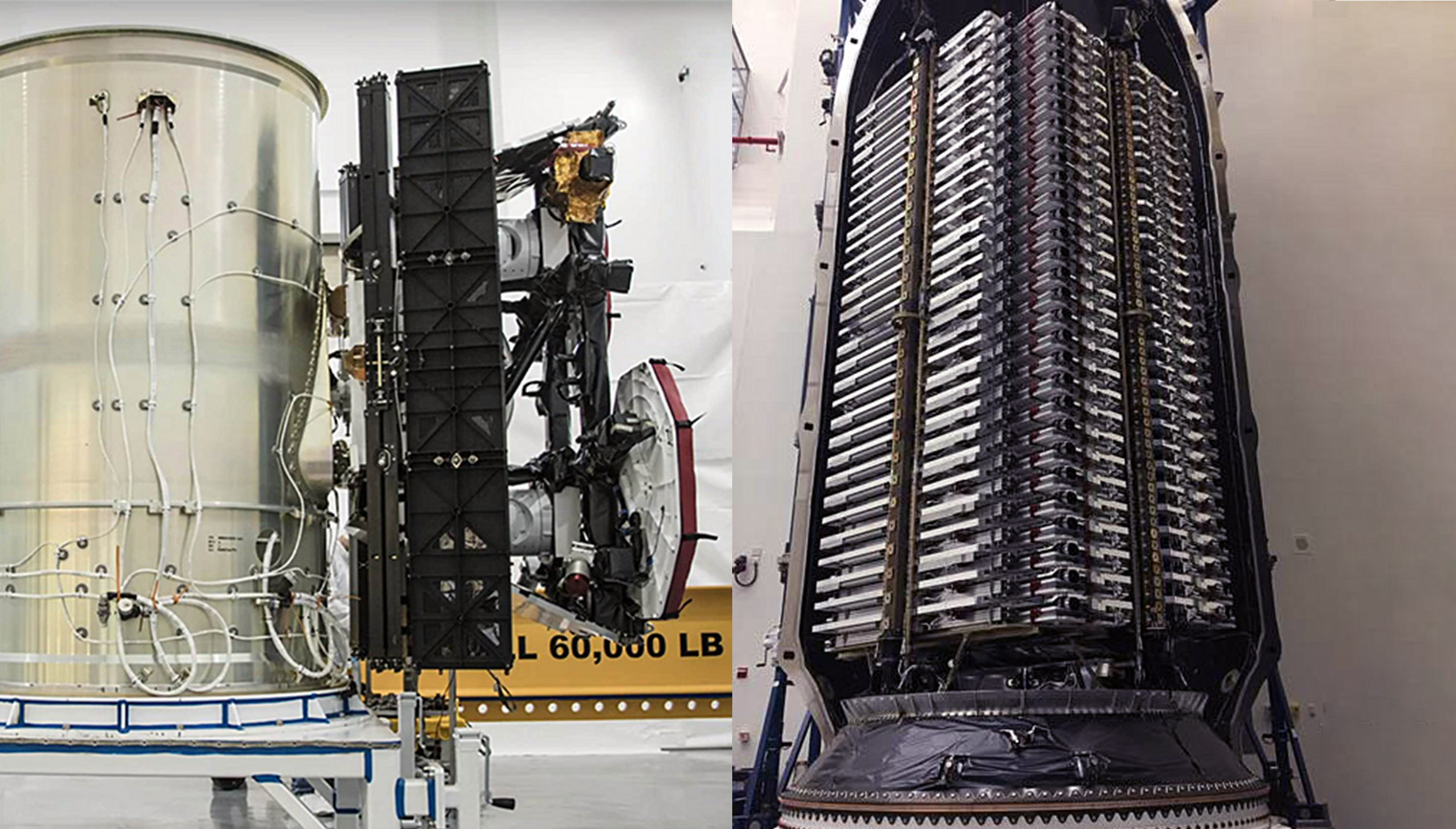 SpaceX CEO Elon Musk has published the first official photo of the company’s near-final Starlink design and confirmed that Falcon 9 will launch a staggering 60 satellites on May 15th.

Known internally as Starlink v0.9, this mission will not be the first launch of operational satellites, but it will be the first internal SpaceX mission with a dedicated Falcon 9 launch. Additionally, the payload will be the heaviest yet launched by SpaceX, signifying an extraordinarily ambitious first step towards realizing the company’s ~12,000-satellite Starlink megaconstellation.

Put simply, SpaceX’s Starlink v0.9 launch is extremely unique for several reasons. Aside from the unprecedented step of launching 60 spacecraft weighing ~13,000 kg (~30,000 lb) on a developmental mission, both the form factor of each satellite and the style of dispenser/payload adapter has never been seen before. SpaceX appears to have settled on a square dispenser with four separate quadrants for satellites. The satellites themselves look truly bizarre – it’s actually difficult to discern where one spacecraft stops and the next begins.

Nevertheless, it appears that each Starlink satellite is a relatively thin rectangle, possibly with a squared top and bottom. It’s also possible that they are all around rectangular and that the dispenser instead has two main sections. Either way, the very fact that the Starlink v0.9 payload can scarcely be parsed into recognizable satellites is thrilling. Aside from the rise of smallsats and cubesats, satellite design and engineering has been relatively stagnant for decades, particularly with respect to form factors and structural layouts. Most modern satellites are simply square-ish boxes with electronics inside and payloads bolted on the outside.

By all appearances, SpaceX’s Starlink beta satellites suffer from no such tried-and-true design tropes. This is a somewhat calculated risk, as those current tried-and-true satellite design rules are conservative but decidedly proven over dozens of years of orbital experience. To throw out the satellite design textbook is to invite an increased potential for failure in order to pursue entirely new ways of thinking, designing, building, and launching spacecraft.

Even relative to fairly innovative constellations like the SpaceX-launched Iridium NEXT and OneWeb look downright mundane when examined alongside SpaceX’s inaugural Borg-cube-esque payload. SpaceX’s Starlink layout looks like nothing seen before. At the same time, it appears that the bizarre, new approach has likely maximized the density and stacking efficiency of dozens of satellites to an unprecedented degree.

Despite using the same exact Falcon fairing that has been standard for years, SpaceX has managed to cram 60 spacecraft – each weighing around 200-300 kg – into just the bottom two-thirds of the fairing, leaving a considerable amount of unused volume for future expansion.

According to President and COO Gwynne Shotwell, Starlink v0.9 satellites are extremely close to SpaceX’s true final design. However, they are still considered by SpaceX to be a “test batch” of satellites and do not have the optical (laser) interlinks that will be a critical part of Starlink’s unique constellation design. The mission is currently scheduled to launch at 10:30 pm EDT (02:30 UTC), May 15th and will have a flexible four-hour window. The mission will be preceded by a routine Falcon 9 static fire no earlier than (NET) May 13th.

According to Musk, SpaceX has actually entirely gotten rid of a satellite-dispenser middle-man, instead relying on the structure of the satellites themselves to act as their own launch adapters and deployment mechanisms. This has been done in the past on a far smaller scale – typically with 2-3 several-ton satellites – but has never been attempted at the scale SpaceX is just days away from launching.