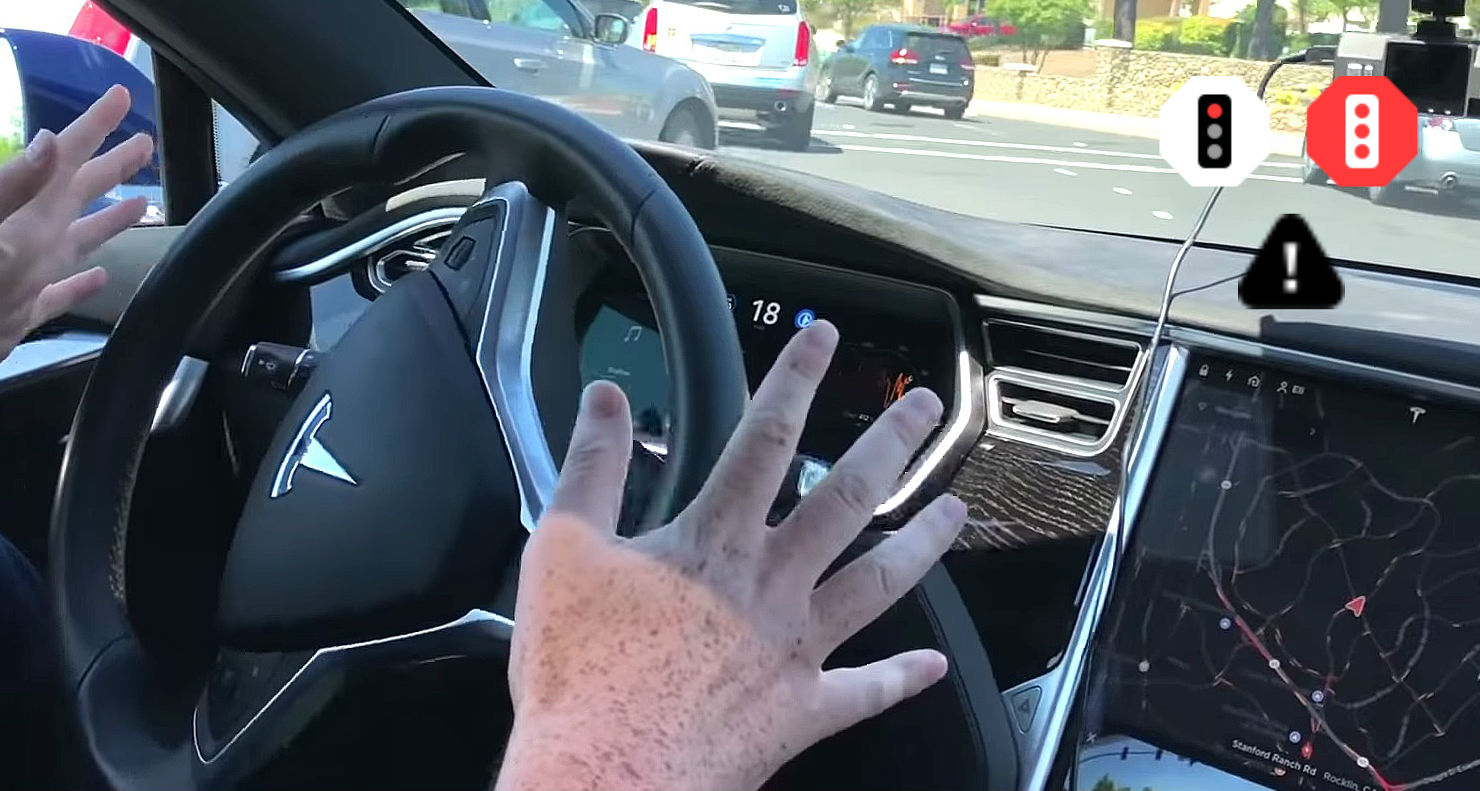 A recent Tesla update appears to be hinting at the potential rollout of features that would allow one of the company’s electric cars to stop automatically when they encounter stoplights and stop signs. These features, provided that they are released soon, would be a valuable step for Tesla’s efforts at rolling out inner-city driving systems for its vehicles.

The potential stoplight and stop sign features were shared by the Tesla community’s resident hacker, @greentheonly, who was able to do a brief dive into the electric car maker’s 2020.12 update. The update is pretty nondescript, as its release notes were entirely identical to the 20.8 update. But hidden within its code are icons that strongly hint at the company’s efforts at introducing automatic stopping features.

The new icons found in the recent update showed a stop sign, a red stoplight, and a warning. It remains to be seen what these icons will specifically represent, though @greentheonly mentioned that the icons would likely be displayed when a Tesla activates its automatic stopping feature.

The capability to stop when encountering stop signs and stop lights is an invaluable function for Tesla’s Full Self-Driving suite, which is aimed at allowing vehicles to travel through inner-city streets without driver input. Tesla’s FSD order page specifically refers to the feature, stating that the ability to “recognize and respond to traffic lights and stop signs” is coming later this year. The inclusion of these new icons, then, suggests that Tesla has gathered enough data from its fleet that its neural networks are now recognizing and learning how to react when encountering stop signs and stoplights.

Apart from the new icons for automatic stopping, 2020.12 also included what appeared to be preparations to display FSD visuals on vehicles equipped with Tesla’s older infotainment systems. This bodes well for cars that are equipped with the company’s older MCU1, some of which in vehicles whose owners have purchased the Full Self-Driving suite. Ultimately, the new visuals will likely be a welcome update for owners who do not wish to pay $2,500 for an MCU2 retrofit, as their electric vehicles will still display updated visualizations with the rollout of new FSD features.

Tesla is currently in a full-press initiative to roll out more features for its Full Self-Driving suite. While Elon Musk’s goal of rolling out a “feature complete” version of FSD before the end of 2019 was not met, the company seems to be on track to make a lot of headway this year. With automatic stopping features seemingly coming soon, mentions of “reverse summon,” and the multitude of other refinements being introduced to Autopilot, Tesla’s inner-city driving capabilities may be within reach sooner than expected.