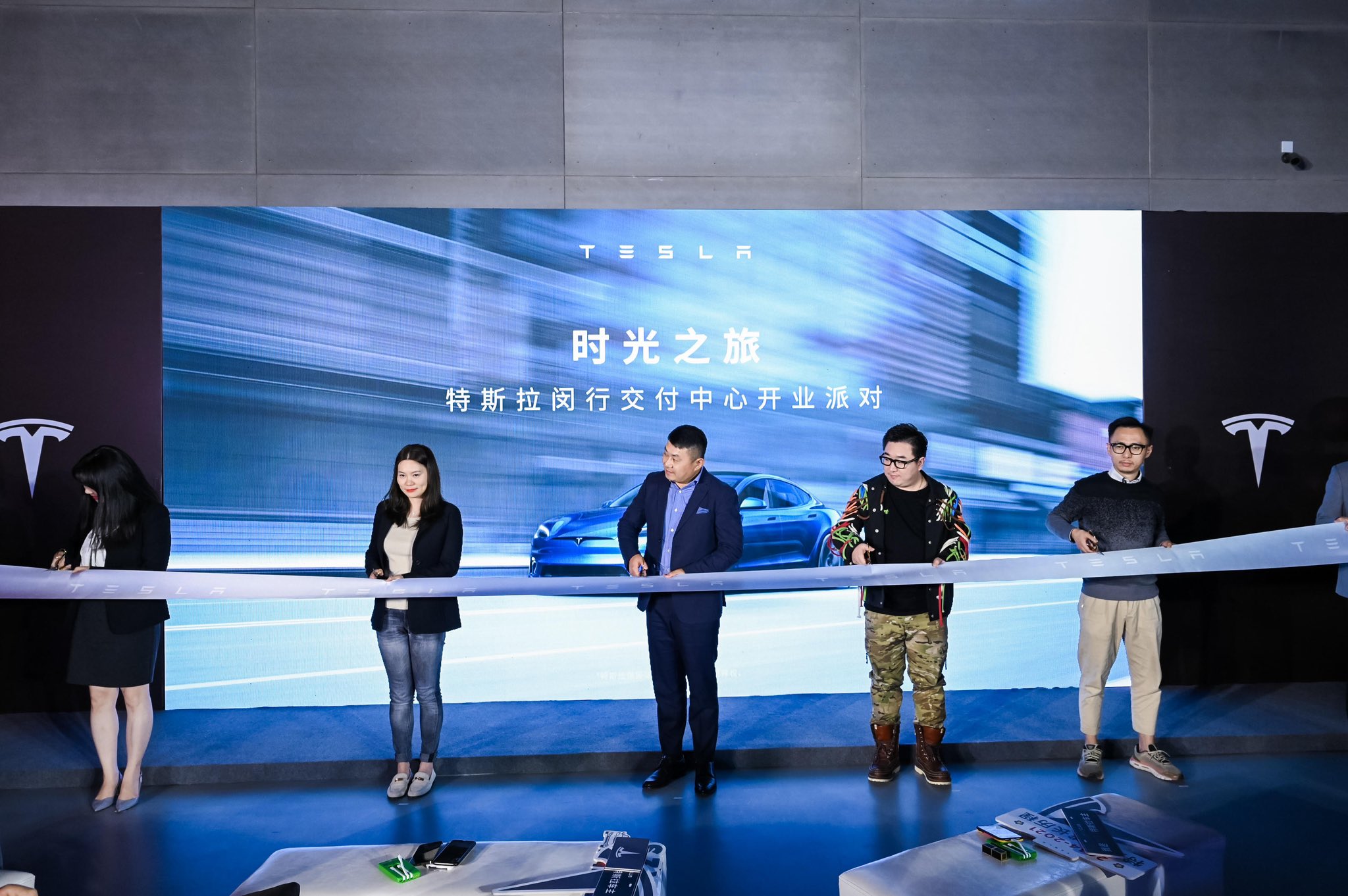 One of Tesla China’s largest delivery centers had a massive Grand Opening Ceremony today with an event for initial deliveries of its vehicles.

The Tesla China Minhang Delivery Center is located in the Minhang District of Shanghai and is a massive 11,800 square meters with 101 parking spaces that are designated for delivery. It is the second-largest delivery center in China, trailing only the Xiedao, Crab Island, Beijing Delivery Center that launched in September. The Crab Island facility was built to handle excessive demand for the Model Y Standard Range Rear-Wheel Drive.

Today, the Minhang Delivery Center launched with a massive Grand Opening event to celebrate the first day of deliveries at the facility. The Event had a ribbon-cutting ceremony, a seminar about Tesla vehicles, and a delivery session for those in attendance to pick up their all-electric vehicles. Images of the ceremony were shared by @JayinShanghai.

Tesla has made significant strides in China through the past several years, and it has become one of the company’s most significant advantages in terms of growth. Not only has China become a mainstay of Tesla’s all-electric vehicles despite numerous attempts to derail the automaker’s momentum, but it has also contributed to the growth of the company on a global scale. Due to the need for Tesla’s vehicles in Europe, Tesla transitioned Gigafactory Shanghai into somewhat of an export hub. Gigafactory Shanghai has ramped to produce more than 450,000 vehicles annually, composed of the Model 3 and Model Y.

Because of Giga Shanghai’s increased manufacturing rates and the imminent start of production at Tesla’s European factory, Giga Berlin, the automaker can now begin to focus on making cars for Chinese customers in China instead of splitting the production output between the Chinese and European markets. As demand for Tesla’s vehicles continues to rise in China, the company is opening more service centers and delivery hubs for customers to come to pick up their cars. Now that exporting vehicles to Europe will come to a close soon, Tesla will have their hands full with China’s demand, which has not slowed down since the company delivered its first vehicle in China in early 2020.