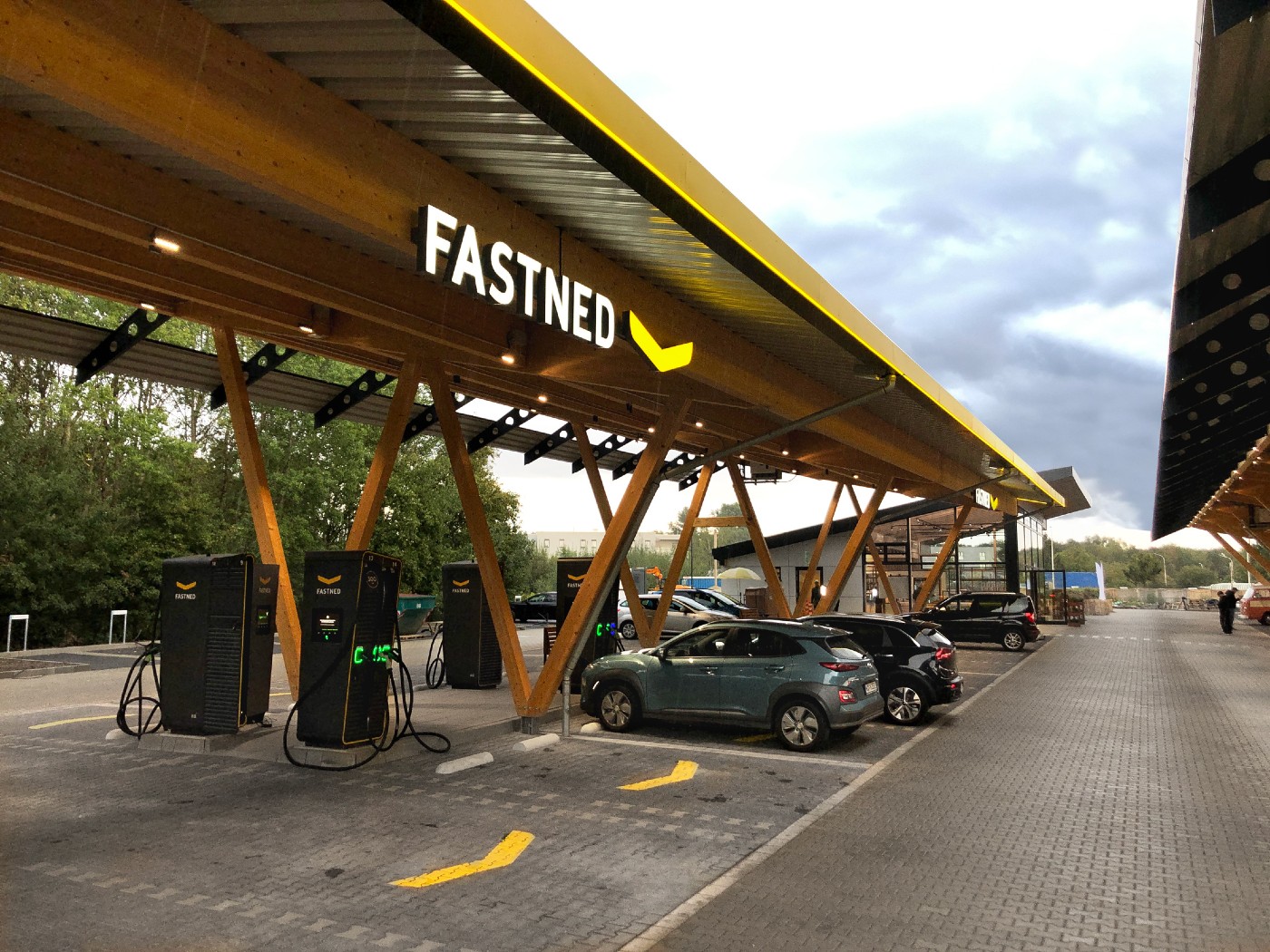 Tesla and fast charging company Fastned, along with Seed & Greet Bakery, opened Germany’s largest fast-charging hub on the morning of October 8th. Currently, the hub has 28 total charging stalls, 20 of them being Tesla V3 Superchargers and the other 8 being Fastned chargers capable of speeds of up to 300 kW. The infrastructure is powered by Solar and Wind energy, as it is equipped with a large solar roof.

Fastned announced the station’s opening in Düsseldorf, Germany, through a press release on Thursday morning.

“Today, fast charging company Fastned, Tesla and Seed & Greet open Ladepark Kreuz Hilden, Germany’s largest fast charging hub. On site there is a café, a large Tesla Supercharger station and a large Fastned charging station. At the Fastned station 8 cars can charge simultaneously with up to 300 kW, allowing electric cars to add up to 300 km of range in just 15 minutes. The Fastned station is powered by energy from the sun and wind, generated partly by the station’s large solar roof. Ladepark Kreuz Hilden is right off the intersection between the motorways A3 and A46, close to Düsseldorf, Germany.”

Based in the Netherlands, Fastned attempted to become popular with Tesla owners in the past as they adopted CCS chargers and CHAdeMO adapters that are compatible with the company’s vehicles.

The new station in Düsseldorf is similar to the ideal charging station preferred by many EV owners. It has a coffee shop and bakery, which adds to the experience of charging an electric car. Tesla has added entertainment features within its cars to help ease the monotony of charging sessions, but some stations now have places to grab food or a quick coffee while obtaining range.

The installation of large-scale charging stations in Germany is coming at an ideal time. Tesla is currently working on completing its German production plant in Brandenburg, known as Giga Berlin. With the popularity of Teslas and EVs becoming more widespread in Europe, there is plenty of room for a charging stall expansion.

As Giga Berlin is expected to produce around half a million cars a year, and with German automakers like Volkswagen beginning a push toward EV production, charging stations will be needed in the European country. While domestic automakers like Volkswagen, Audi, and BMW are pushing toward the idea of fully electric fleets, more than just Tesla-branded chargers will be necessary. Fastned is working with the world’s largest electric automaker to continue this expansion, which will benefit EVs from every company in the world.

A video of the charging station from YouTube Channel “elektrisch unterwegs” is available below.