Tesla owner takes Model 3 on the ultimate 115,000-mile road trip across US

Los Angeles-based Tesla owner Arthur Driessen documented his journey across the U.S. in his blog Maiden Voyage: A Voyage Without Carbon and recently shared his thoughts after covering a distance that could be the farthest one done in a Model 3.

Driessen has used and practically abused the electric vehicle on almost all kinds of terrains through different seasons. According to Driessen, he drove the vehicle through sand, snow, streams, creeks and all and the car has got him through challenging terrain and weather every single time. 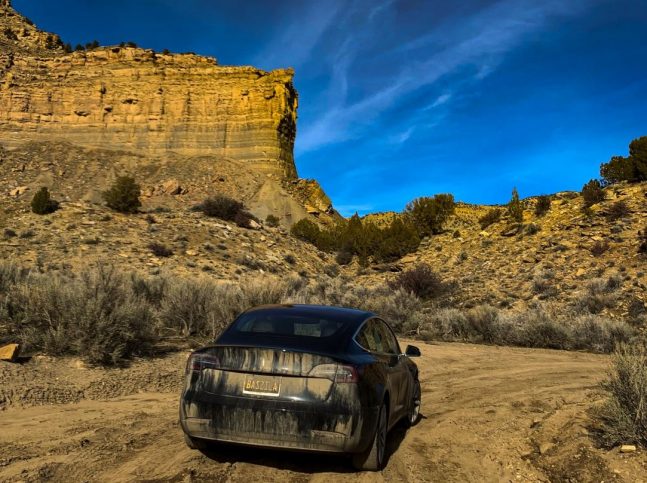 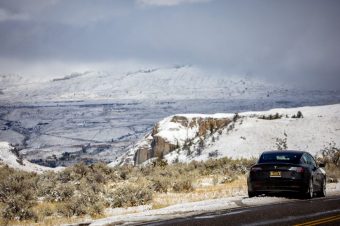 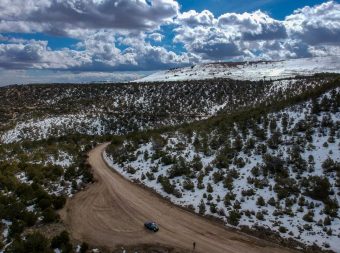 “I’ve seen tons of different types of terrain. You go off into the mountains. You go to Native American reservations and you’re gonna see roads that really are supposed to have 4×4 vehicles,” he said.

Through his adventure riding the Model 3 he actually only had two control arms and a door hinge replaced but they were practically self-inflicted damage. He also changed tires when his set of OEM shoes went bald after 10,000 miles and every 20K to 25K miles after that but he confessed that it was expected as he drove heavy and drove off-road.

Probably most people would ask how much Driessen spent to operate the Model 3 during the road trip and how the electric car’s battery might have degraded.

“The savings have been just phenomenal and then you can factor in, you know, gas savings comparatively… with supercharging. I average everything out at about six cents per mile which means $6,000 over a hundred thousand miles and you can take that number and you can apply it to whatever car you would be driving,” he said. The Model 3 owner estimated that he saved around $10,000 on gas, comparing the cost if he drove his Civic.

With regard to battery range and degradation, the EV adventurer said he did not lose much battery at all. He also praised the charging infrastructure of Tesla throughout the country as he only struggled when he was near the Texas border and up along the Canadian border.

“The last time I charged 100 percent, which was a couple of weeks ago, I still had 308 miles.. and I think that’s pretty good,” he revealed. For context, Driessen’s Model 3 had an original rate range of 310 miles.

In terms of Model 3 storage, this snapshot from his vlog when he emptied out the car’s passenger cabin, trunk, and frunk sum up how much you can carry on Tesla’s mass-produced electric sedan.

Driessen also brought up issues he encountered with the vehicle such as the Autopilot choosing the slower left lane during some points of his trip, forcing other vehicles to pass through his right. He also shared the problems he had with Smart Summon, seeing the feature as a rushed piece of software after encountering issues with it at some parking lots. The Model 3 owner also raised an issue about the car’s navigation not working when one’s not online. Nevertheless, the Model 3 owner acknowledges the capability of Tesla in pushing software updates to improve the ride to address such issues.

Driessen’s adventure across the United States on his Tesla Model 3 is not just a testimony, but his experience is concrete proof that the popular electric sedan can deliver beyond its perceived limits.

Check out the video footage of Maiden Voyage: A Voyage Without Carbon below:

Tesla owner takes Model 3 on the ultimate 115,000-mile road trip across US