FREMONT, CA – AUGUST 16: Tesla Model S sedans are seen parked in front of a row of new Tesla Superchargers outside of the Tesla Factory on August 16, 2013 in Fremont, California. Tesla Motors opened a new Supercharger station with four stalls for public use at their factory in Fremont, California. The Superchargers allow owners of the Tesla Model S to charge their vehicles in 20 to 30 minutes for free. There are now 18 charging stations in the U.S. with plans to open more in the near future. (Photo by Justin Sullivan/Getty Images) 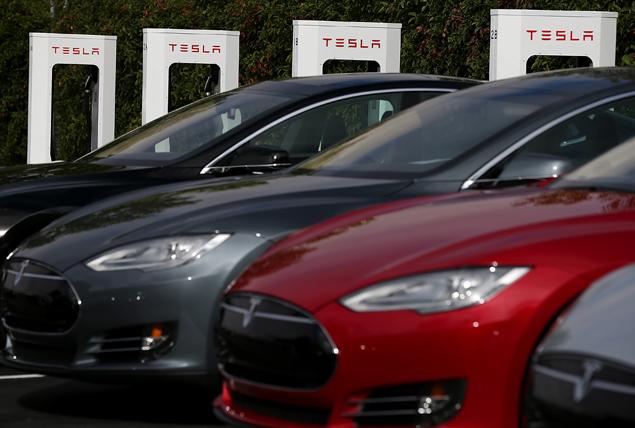