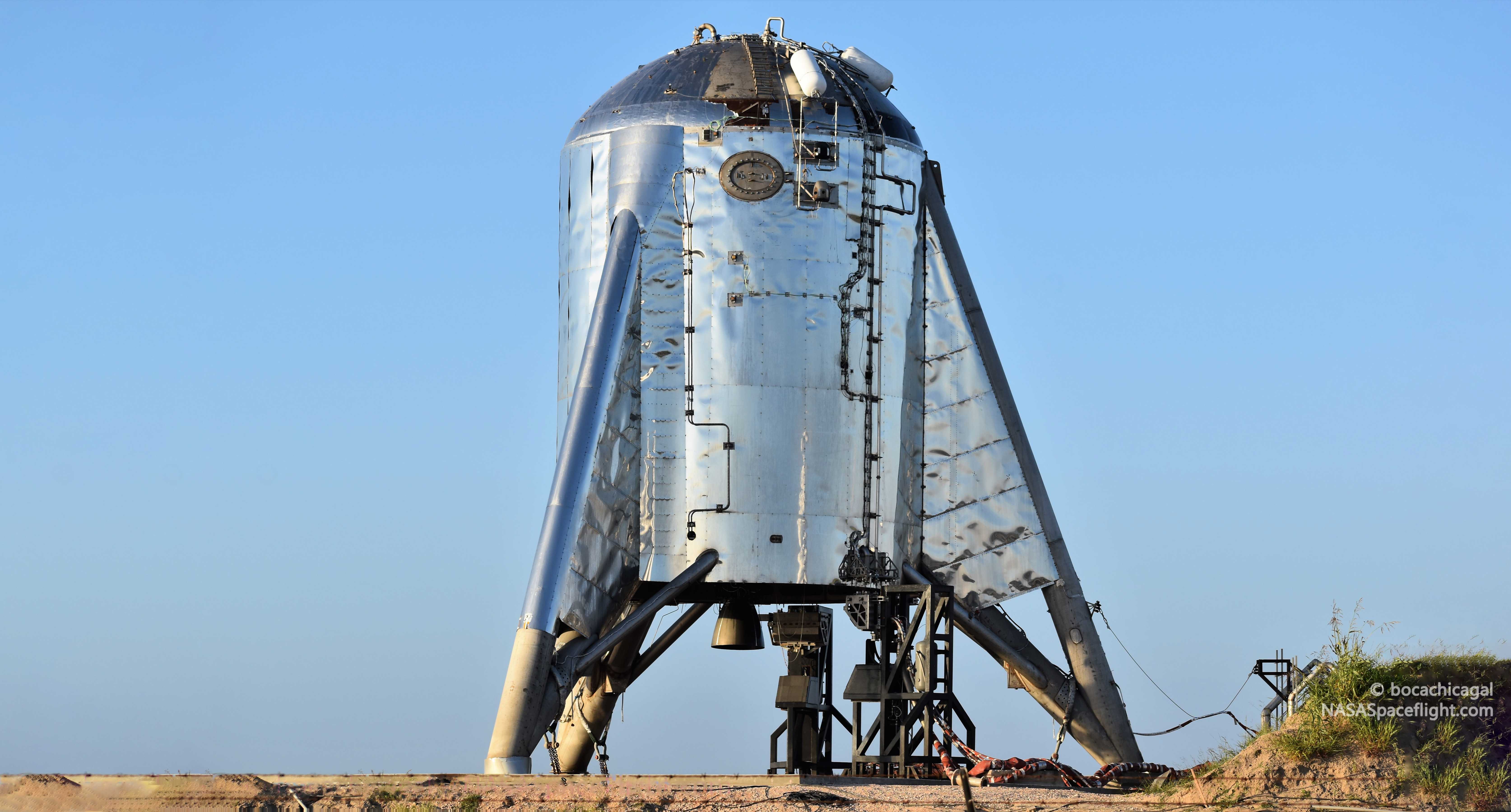 SpaceX’s Starhopper appears to have come out the other end of an eventful night of fires, fireballs, and Raptor testing completely unscathed, although – as with all things rocketry – there is vastly more than meets the eye.

However, signs point towards Starhopper being almost entirely unharmed by its brief voyage inside a fireball – even if Boca Chica’s fire suppression system got a thorough workout and many a SpaceX onlooker likely suffered a partial heart attack. For the time being, it’s safe to assume that Starhopper’s planned flight activities have been indefinitely delayed as SpaceX technicians analyze the vehicle and engineers work to mitigate or completely prevent major fires from recurring.

According to NASASpaceflight.com’s well-informed sources, despite the spectacular fireworks that followed Raptor’s own impressive display, the engine’s static fire test was a full success – at least in terms of data produced by the engine. The large fireball was attributed to the ignition of a large methane vent that followed soon after Raptor’s shutdown.

For now, this means that Starhopper’s untethered flight test and hover test debut should not be expected to occur for several days, even in the event that the rocket, pad, and Raptor engine all made it through their July 16th ordeal completely undamaged. If there is zero damage, this accident will serve as an unfortunate but useful demonstration of a true stainless steel rocket’s theoretically exceptional sturdiness and heat resistance.

Despite suffering what looked like a serious fireball-related anomaly, #Starhopper appears to have been refueled and is visibly venting while the flare stack burns off excess methane. Very good sign that the issue looked worse than it is. Via @labpadrehttps://t.co/sOHShoRByb pic.twitter.com/cs6FSMcZ0T

It may seem more than a little ironic, but it’s likely less than a coincidence. If it comes to fruition as a truly functional, orbit-capable steel rocket, spaceship, and upper stage, Starship/Super Heavy will exist in their shiny, steel forms almost entirely because of the unintuitive tradeoffs that could theoretically make heat-resistant-but-dense steel more efficient than a ship built out of ultra-light carbon composites. If Starhopper’s newly demonstrated resilience is anything to go by, a very happy side-effect of that efficient, heat-resistant steel could be an almost unprecedented resilience in the face of serious fires, fireballs, and other fire-related anomalies.

For almost any other rocket, exposure – at least outside of the engine section – to large fireballs and quite literally having parts burning while motionless on the ground are deeply, deeply worrisome things and risk a major vehicle malfunction – potentially up to and including a catastrophic failure (i.e. explosion). ULA’s Delta IV rocket family is famous for self-immolating during ignition and liftoff, a minimal concern to the rockets’ thin, aluminum tankage thanks to several inches of thick, fire-retardant foam insulation.

For a rocket like Falcon 9, almost entirely (by surface area) composed of thin, aluminum propellant tanks and carbon composite structures, there is a constant struggle to balance the vehicle’s extreme performance with the low melting point of its primary structures (~720 degrees C). The 301-series stainless steel Starhopper and Starship(s) are built out of has a melting point of ~1400 degrees C, nearly double aluminum-lithium alloys.

In short, while it boggles the mind and is decidedly unintuitive to anyone who watched July 16th’s live coverage of the static fire, it’s actually not a huge surprise that Starhopper has suffered serious fire-related anomalies with essentially zero visible damage. In fact, it’s almost impossible to tell that anything at all happened, let alone discerning some subtle sign(s) of damage incurred by fires. It may sound ironic to say so, but rockets and fire just do not tend to like each other much at all.

Time will tell if Starhopper and Raptor are in as good a condition as they appear to be.