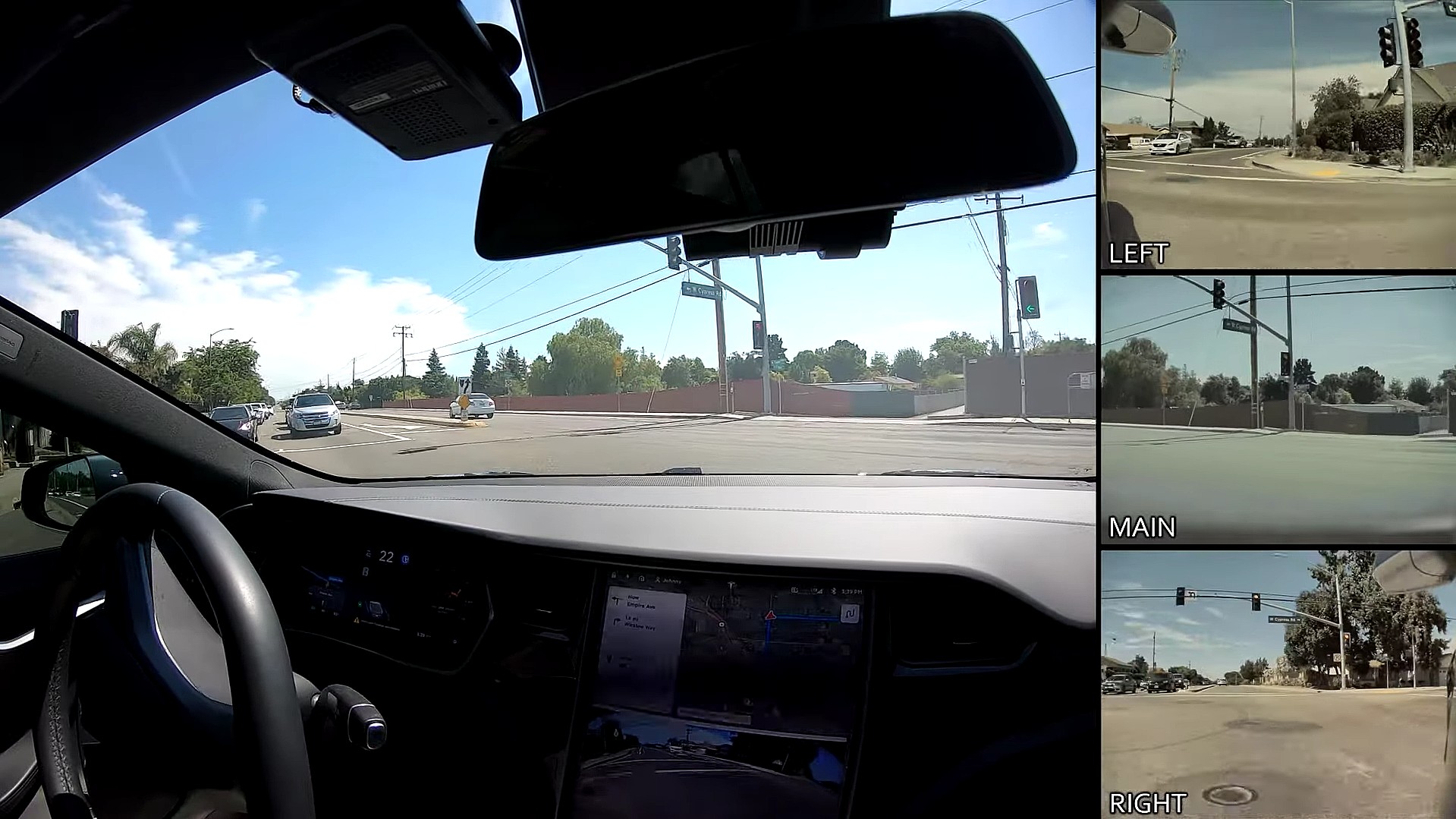 While the automotive industry and consumers remain focused on the next generation of Tesla’s Full Self-Driving feature – said to be capable of achieving full autonomy and give rise to Tesla’s Robotaxi fleet – the electric carmaker continues to make massive advancements toward this goal with every iteration of Autopilot.

A Tesla Model S owner that goes by the screen name u/E-1337 on r/TeslaMotors subreddit noted that his vehicle’s Autopilot driving-assist feature was a bit behind on Tesla’s most recent firmware update, yet managed to perform a clean 90-degree left turn at a road without lane markings.

A similar demonstration of Autopilot was captured on video back in April, which involved a Model S performing a left-hand turn at an intersection, however that was performed with clear lane lines and a car in front that the Tesla could easily follow.

The lastest improvement to Autopilot could be considered as little steps towards Elon Musk’s grand vision of eventually deploying a fleet of autonomous ride-sharing vehicles that are fully capable of operating on their own. Musk is particularly optimistic about Tesla’s autonomous future, nothing that the company’s full self-driving suite would likely be feature complete by the end of this year.

Musk also regards autonomous driving as a critical driver for the company’s growth in the market. Following Tesla’s Autonomy Day last April, Musk noted that the company’s autonomous ride-hailing service called the Tesla Network could help push the electric car maker’s market cap to $500 billion. But before Tesla can deploy its Robotaxis to the market, the vehicles would have to learn how to handle seamless inner-city driving first.

Watch a Tesla Model S perform a 90-degree left turn on an unmarked intersection in the video below.