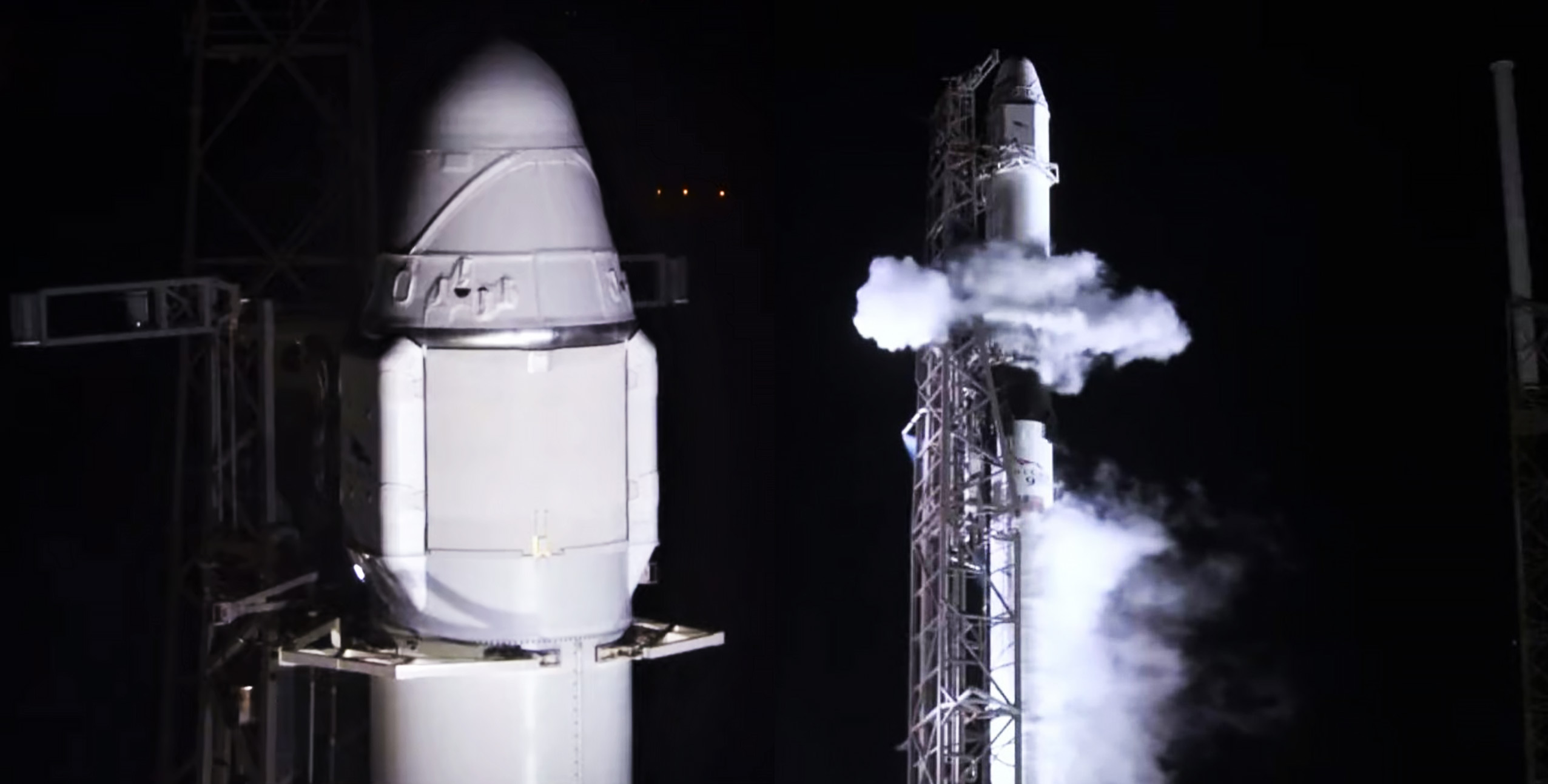 SpaceX has scrubbed a May 3rd launch attempt of Cargo Dragon 15 minutes before CRS-17’s scheduled liftoff, citing electrical issues on drone ship Of Course I Still Love You (OCISLY) and a minor ground systems fault.

Falcon 9’s propellant will be offloaded and the rocket will be returned to a horizontal position to provide technicians access to a helium leak on a quick-disconnect panel, while SpaceX’s recovery crew will likely troubleshoot OCISLY’s power issues in situ. If the problems can be resolved within the next 18 or so hours, SpaceX and NASA will try again with a new T-0 of 2:48 am EDT (06:48 UTC), May 4th.

This scrub is more than a little ironic given that NASA and ISS astronauts were rushing to repair a space station power bus failure just half a day prior, a power problem that subsequently scrubbed CRS-17 from May 1st to May 3rd. 15 minutes to launch, SpaceX’s launch director announced that drone ship OCISLY was “unable to maintain power”, presumably meaning that the vessel couldn’t properly station-keep with its four thruster pods. Power issues on the space station freshly fixed, CRS-17 has thus been delayed due to power issues on a drone ship.

During booster recovery, SpaceX’s recovery crew are stationed several miles away from the drone ship for obvious safety reasons. Due to the instantaneous nature of the launch window, there was likely not enough time to transfer technicians onto OCISLY, allow them to repair the issue, and take them back to safety without delaying liftoff.

Additionally, the launch director noted that a leak had been detected while loading helium onto Falcon 9’s upper stage, associated with a piece of hardware known as the quick-disconnect panel. Several quick-disconnect links connect both Falcon 9 stages to ground support equipment, including propellant (LOX/RP-1) and pressurant (nitrogen and helium) lines, as well as data relays for launch controllers. Assuming telemetry was able to unequivocally isolate the helium leak to ground systems, the quick-disconnect fault was probably not a showstopper, although scrub-induced downtime means that it can now be fixed before the next launch attempt.

With any luck, SpaceX’s recovery crew can solve OCISLY’s power issues without having to take the drone ship back to Port Canaveral. This is probably one of very few cases in recent history where a diesel generator (OCISLY’s power source) may actually be to blame for delaying a rocket launch. At the end of the day, these are blissfully mild and forgiving ‘problems’, but they do serve as a reminder of the sheer number of moving parts that must perfectly mesh together for rocket launches to happen, let alone succeed.