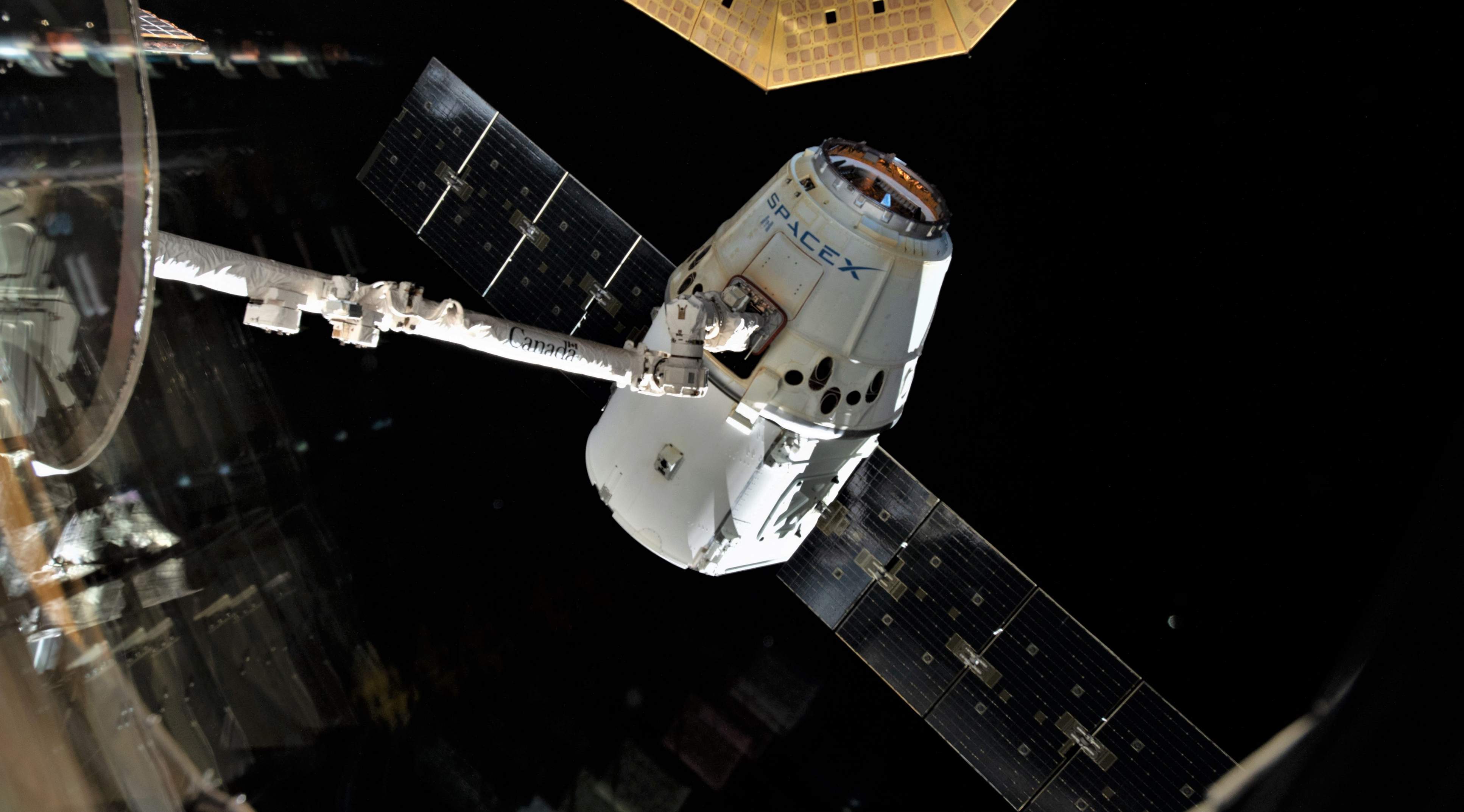 Cargo Dragon C112 departs the ISS after completing CRS-16, the capsule's second orbital mission. A new Cargo Dragon is scheduled to arrive on May 6th. (NASA)

Scheduled to begin around 5:30 am EDT (09:30 UTC), SpaceX operations staff will command Dragon to continue a cautious ISS approach. Several hours later, the spacecraft will be quite literally grabbed by station astronauts and gently berthed with one of the space station’s several Common Berthing Mechanism (CBM) ports. Once Cargo Dragon has been safely joined with the ISS, the station’s crew of astronauts can begin the intensive process of unpacking more than 1500 kg (3300 lb) of pressurized cargo, including dozens of time-sensitive and complex science experiments.

Aside from the 1.5 tons of cargo contained inside Dragon’s climate-controlled cabin, ISS astronauts and ground-based NASA controllers will again use the space station’s robotic Canadarm2 manipulator to extract two large unpressurized payloads from Dragon’s trunk. The ‘flagship’ instrument of CRS-17 is NASA’s Orbiting Carbon Observatory-3 (OCO-3), an upgraded follow-on to OCO-2 that should dramatically improve the quantity and quality of data available on the distribution of carbon in the Earth’s atmosphere. The second trunk-stashed payload is known as STP-H6 and is carrying around half a dozen distinct experiments.

Both STP-H6 and OCO-3 will be installed on the outside of the space station with the help of Canadarm2, an extremely useful capability that limits the need for astronauts to suit up and perform risky and time-consuming EVAs (extra-vehicular activities) outside the ISS. With its trunk emptied, Cargo Dragon will eventually discard the section to burn up in Earth’s atmosphere just before the reusable capsule begins its own reentry.

Unlike several other spacecraft with service sections, both proposed, flying, or retired, SpaceX’s Dragon spacecraft strive to minimize the complexity and cost of their expendable service sections. For both Cargo and Crew Dragon, the trunk serves as a structural adapter for unpressurized payloads and the Falcon-Dragon interface, hosts solar arrays and radiators, and doesn’t do much else. All propulsion, plumbing, and major avionics are kept within the capsule to maximize reusability.

The process of berthing or docking with the ISS is a fundamentally cautious thing, developed by NASA, Roscosmos, and other international partners through forced and painful trial and error. In short, the road to today’s cautious procedures has been paved with countless failures and close calls over decades of space activity. For Cargo Dragon, the process involves berthing, more passive and less complex than docking. Outside of a dozen or so meters, the processes begin quite similarly. Cargo Dragon (Dragon 1) will very slowly approach the station’s several-hundred-meter keep out zone, typically no faster than a few m/s (mph).

Then follows a back-and-forth process of stop and go, in which SpaceX commands Dragon forward, halts at set locations, verifies performance and station readiness with NASA, and repeat. Once within 10 or so meters of the ISS, Dragon will begin carefully stationkeeping, essentially a version of formation flying without a hint of aerodynamic forces. ISS astronauts will then command the Canadarm2 robotic arm toward a sort of target/handle combo located on the spacecraft. The arm follows similar stop-start procedures before finally grappling Dragon, at which point the astronauts in command are legally required (/s) to quip something along the lines of “We’ve caught ourselves a Dragon!”

From start to finish, the process takes about 1.5 hours under optimal conditions. Around 2.5 hours after that, Canadarm2 will physically berth Dragon with one of several ISS berthing ports. Soon after, station astronauts can open Dragon’s hatch, snag some fresh goodies, and begin the unpacking process. CRS-17’s ISS arrival operations will be covered live on NASA TV.