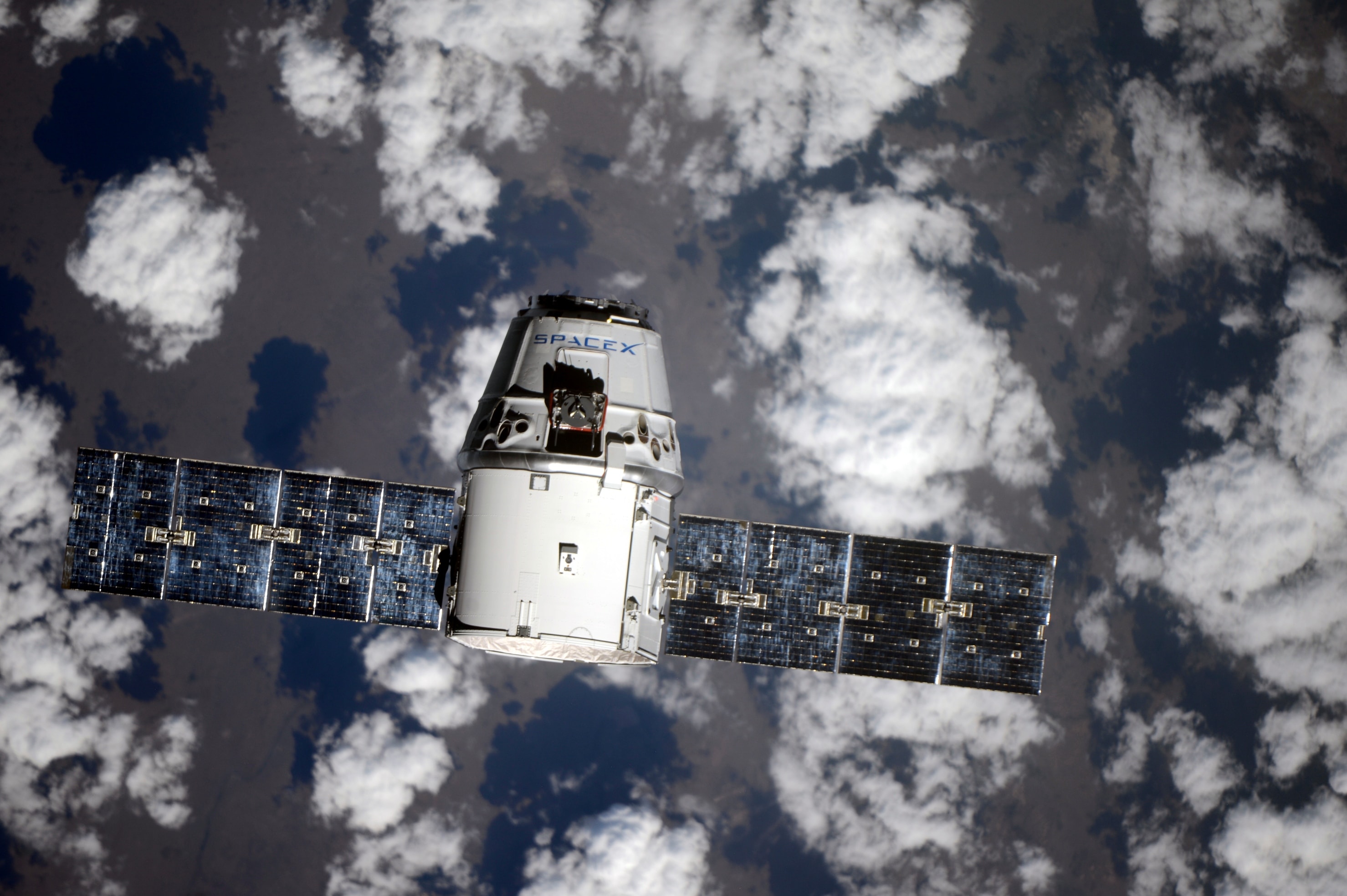 After Dragon successfully docked to the ISS Wednesday, the station’s crew wasted no time opening the hatch to distribute ice cream for all. The initiation of unloading marked CRS-12’s success, with the Dragon spacecraft and Falcon 9 launch vehicle performing nominally.

The launch of CRS-12 debuted SpaceX’s first Block 4 Falcon 9, carrying with it a variety of small upgrades and improvements. Most importantly, it is understood that the vehicle utilized Merlin engines that have been qualified for higher thrust, although that capability was not used on Monday. The upgrade in thrust, expected to add an additional 10% to the vehicle’s quoted “7,607 kN” thrust at sea level, will enable SpaceX to pursue recoveries during the launch of even heavier payloads. As is now almost routine, SpaceX also recovered the first stage at LZ-1, following some considerably dramatic aerobatics during the return.

Block 4 is a necessary incremental improvement as SpaceX looks to Block 5, which will feature far more visible and significant modifications. Block 5 is expected to conduct its first launch sometime in 2018, and signs point to its debut flight being the launch of SpaceX’s first Commercial Crew demonstration flight, scheduled for NET (No Earlier Than) February 2018.

Focusing on the nearer future, SpaceX will proceed into its first static fire attempt tomorrow ahead of the launch of Formosat-5 from Vandenberg Air Force Base (VAFB), expected to lift off on Thursday, August 24. If all goes well during that campaign, the next milestone will be a static fire ahead of the company’s launch of a USAF experimental spaceplane on September 7, with the static fire for that mission expected approximately a week before. SpaceX appears as dedicated as ever to a regular biweekly launch cadence, which was demonstrated earlier this year, culminating in the launch of three Falcon 9s in less than two weeks. Looking later into September, the only launch with a known date is Iridium-3, which will see SpaceX orbit the next 10 Iridium NEXT satellites from VAFB. The mission is tentatively scheduled for September 30th. The X-37B experimental spaceplane SpaceX will launch for the USAF. (USAF)

While completing the missions of customers as quickly as possibly is SpaceX’s clear priority, the company also has multiple other goals that will likely make a consistent biweekly cadence more difficult. LC-40 is nearing readiness after a long campaign of refurbishment. Once complete, the pad will likely take over all commercial Falcon 9 launches. Following its activation, LC-39A will proceed through a period of modifications in anticipation of Falcon Heavy and Commercial Crew launches of Falcon 9. This is expected to take at least 60 days. Regardless, SpaceX has repeatedly made it clear that the goal is no launch downtime during the transition between pads. Info recently made public has indicated that SES-11, likely launching on a refurbished Falcon 9, would be the first mission to launch from LC-40 after its reactivation. SES-11 has since been delayed from sometime in September into “Q4 2017”, meaning that LC-40’s return to flight will likely happen no earlier than October.

Aside from Iridium-3’s launch, Elon Musk is also set to present a significant update to SpaceX’s Mars colonization efforts on September 29th. However you look at it, the last several months of 2017 leave fans of spaceflight with a vast array of milestones to look forward to.