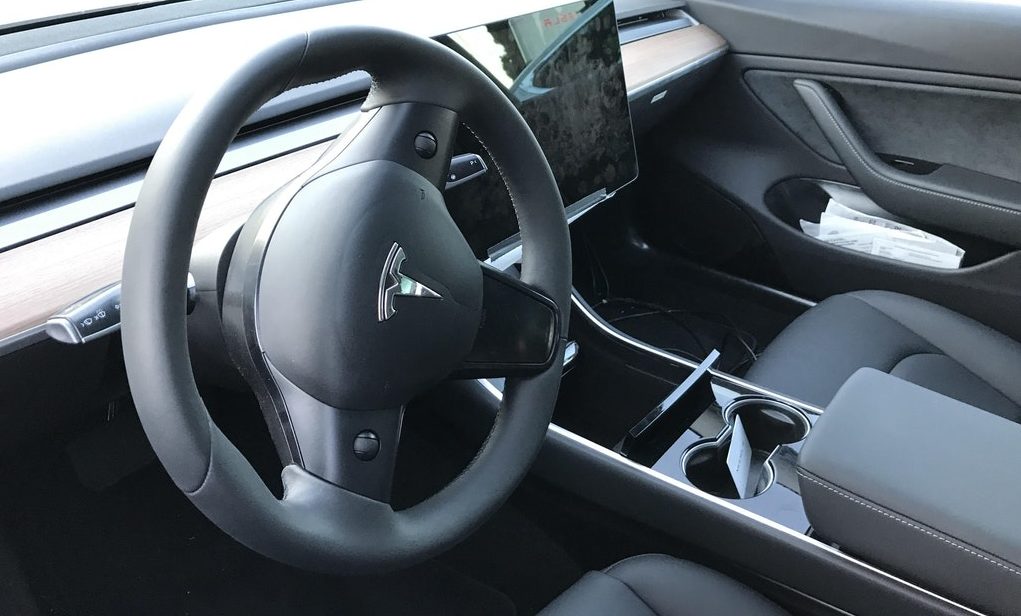 Tesla Model S, X and 3 will get an easy-entry/exit function in future software release

Tesla CEO Elon Musk is apparently holding to his word that an auto-raise and lower steering wheel feature will be added to an upcoming over-the-air software update for “all cars”. Musk responded to a tweet from a Tesla owner that asked for the feature to “move back the seat and raise the steering wheel” when a vehicle is placed into park, saying that it will be added to the Model S, Model X and Model 3.

This marks the second time Musk discussed adding an auto-raise steering wheel feature that’s aimed at providing easier access to the driver’s seat. At 6′ 2″ (188 cm) in height, Musk isn’t short by any standard and can likely sympathize with those taller drivers that often feel contorted when needing to slide between the seat and steering wheel at an awkward angle.

Good point. We will add that to all cars in one of the upcoming software releases.

It’s unclear if the new software update will also slide the driver’s seat back, as requested by Paul Franks via Twitter, but it would be a function that would be easy enough for Tesla developers to introduce.

Update: Musk discussed the possibility of adding automatically adjusting seats based on a user’s saved configuration.

Yeah, it should probably automatically adjust to the user config of whoever is closest to a given door when the handle is touched

Premium luxury vehicles like the Mercedes E-Class (limited to specific model years) provide drivers with the ability to program the entry and exit behavior of the steering wheel through a complex sequence of quick button presses, ignition key turns, and long-hold button presses. Conversely, Tesla’s minimalistic interior design removes buttons in favor of touchscreen controls. Tesla took “minimalistic” a step further by removing nearly all buttons from Model 3’s interior and placing the majority of vehicle controls directly onto the main 15″ center display. Even something as mundane as adjusting air vents inside a vehicle’s cabin is adjusted digitally through Model 3’s touchscreen.

While an automatic adjusting steering wheel isn’t something revolutionary, the fact that Tesla is able to introduce this as a new feature to its vehicles, new or old, and continuously upgrade them overtime through software is.

The video below shows the Mercedes easy-entry function in action.

Tesla Model S, X and 3 will get an easy-entry/exit function in future software release