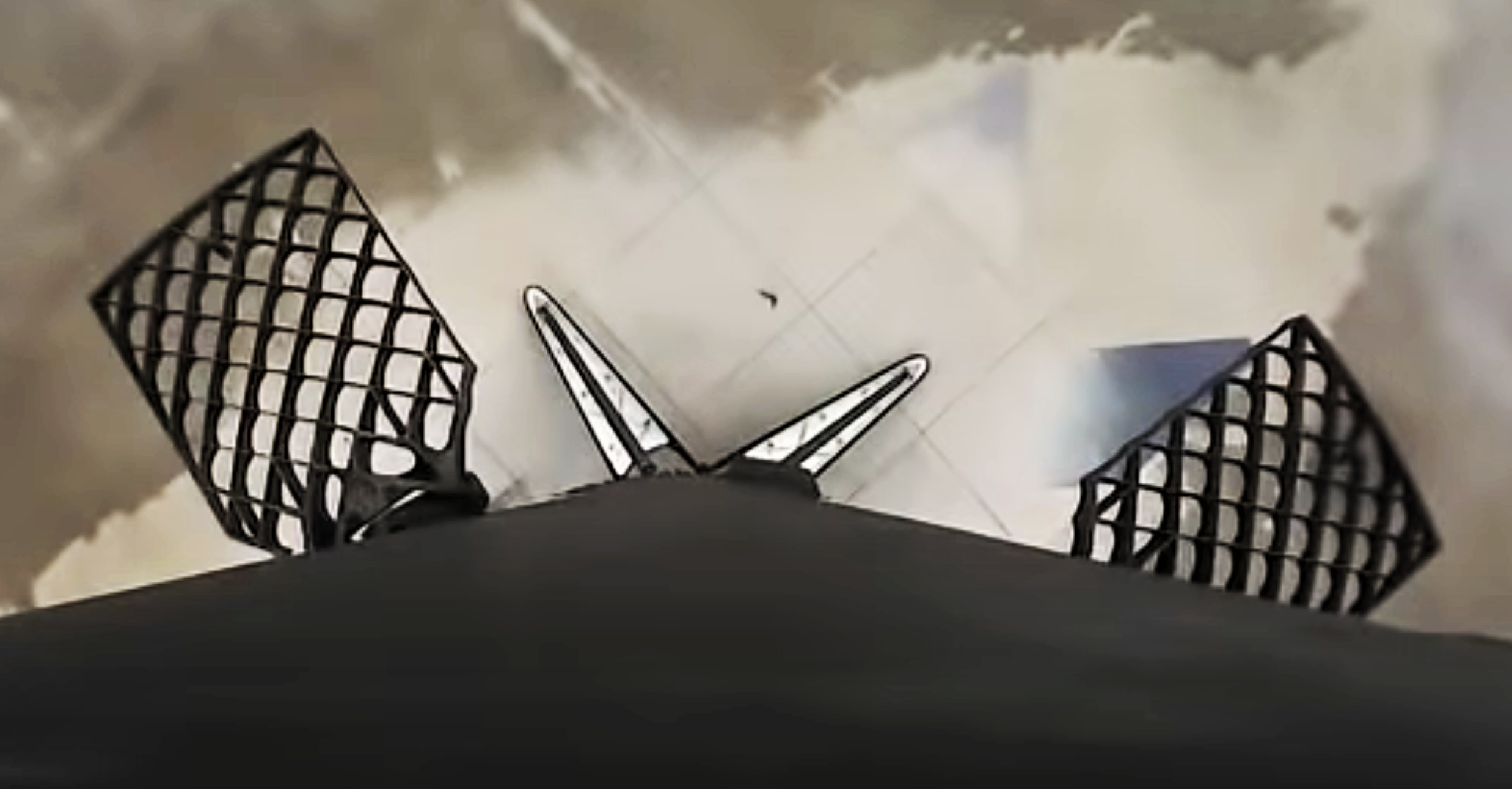 SpaceX has released uncut footage of one of its most recent Falcon 9 launches and landings, including unprecedented onboard audio from the rocket through all phases of flight.

The rocket in question, Falcon 9 booster B1059, ended months of delays when it lifted off at long last on August 30th, sending a new upper stage, payload fairing, and an Argentinian Earth observation satellite on their way to orbit. Known as SAOCOM 1B, the second of a pair of synthetic aperture radar satellites launch by SpaceX deployed from Falcon 9 less than 15 minutes after liftoff, followed by two rideshare payloads roughly 45 minutes later.

Booster B1059 separated from the rest of Falcon 9 a little over two minutes after launch and quickly flipped around to perform a boostback burn – quite literally slowing down to zero from Mach 5 and then boosting several dozen miles back towards the Florida coast. The rocket ended its fourth launch with a gentle landing at Landing Zone-1, effectively completing a ~200 km (~120 mi) aerial journey in less than eight minutes with an average velocity substantially faster than the speed of sound.

In the booster camera video SpaceX unexpectedly released after mission completion, one thing stands out above all else: an uninterrupted audio recording of the rocket from liftoff to landing. In the past, SpaceX has occasionally released the odd video from a Falcon 9 booster’s onboard camera, the most recent instance of which was published in 2016. In one other memorable case, SpaceX’s April 2018 launch of NASA’s TESS exoplanet observatory was blessed with uncut booster camera footage during the live webcast. SpaceX never technically released that footage on its own but it was easy enough to cut it from the webcast to offer a clean, uninterrupted view of a Falcon 9 booster launch and landing.

Regardless, in all prior instances and webcasts with booster camera footage, SpaceX has never included audio. It’s generally understood that most modern launch vehicles – including Falcon 9 – are outfitted with numerous high-fidelity microphones. Unintuitively, multiple separate, time-synchronized audio recordings can be used to quite literally triangulate the source of rocket hardware issues in the event of a failure – a technique SpaceX has used to its benefit to investigate Falcon 9’s first in-flight failure in 2015.

In this case, the audio serves no technical purpose but does offer the best birds-ear perspective of a Falcon 9 launch yet published. Roughly sped up by a factor of four, SpaceX’s SAOCOM 1B audio captures the passenger jet-esque whine of Falcon 9’s Merlin 1D turbopumps, the brief silence of engine cutoff, the whistle and vibration of atmospheric reentry, the thump of cold-gas thrusters maintaining the rocket’s attitude in vacuum, and even the clunk of landing leg deployment, among many other notable sounds.

Thanks to a relatively gentle and low-energy landing as a result of the low Earth orbit required by SAOCOM 1B, Falcon 9 B1059 will likely be turned around for a fifth launch and landing in the very near future. The booster may even have a shot at breaking SpaceX’s rocket turnaround record – currently held by Falcon 9 B1058 with two launches just 51 days apart.