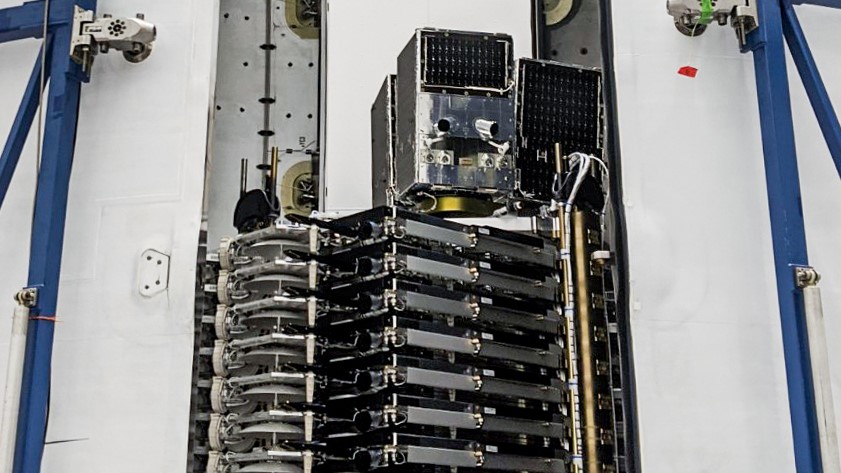 SpaceX is working with PredaSAR and Swarm Technologies to launch dozens of small satellites into orbit, contributing to Starlink Falcon 9 missions, according to reports.

PredaSAR signed a contract to launch a small satellite with the help of SpaceX on August 4. The two companies are still in talks to launch PredaSAR’s first constellation, made up for 48 satellites, with the help of the Elon Musk-headed aerospace company.

PredaSAR co-founder Mark Bell stated that his company and SpaceX have not yet finalized whether the satellites will be launched as a part of Starlink Falcon 9 missions, or if they will become apart of a separate rideshare launch, SpaceNews reported.

Synthetic aperture radar startup PredaSAR has signed a contract to launch a small satellite with SpaceX, and is in discussions to launch its entire first constellation with the company, PredaSAR co-founder Marc Bell, said Aug 4. https://t.co/Uw6yK6cEIe

“We agreed to do one, and we will negotiate the rest later,” Bell stated. He added that his company would like to work with SpaceX for the rest of its satellite launches, and believes an agreement will come “in the near future.”

PredaSAR has more satellites than the 48 it initially plans to launch, and will have a resolution well below one meter, Bell added.

In March, PredaSAR raised $25 million in funding for its constellation of satellites, which have both civilian and military benefits through imagery purposes.

SpaceX Vice President of Commerical Sales Tom Ochinero is excited about the partnership between the two companies. He said his company is “proud PredaSAR selected SpaceX as its launch provider for this very important mission.”

Meanwhile, Swarm Technologies is working with Exolaunch of Germany to launch 24 SpaceBee satellites into orbit on a Falcon 9 Starlink rideshare mission in December. Swarm received FCC approval for an internet servicing infrastructure with 150 SpaceBee satellites.

In April, Exolaunch and SpaceX signed their first launch agreement together, which aimed to send satellites into orbit for the December Falcon 9 rideshare mission.

The December launch mission will integrate microsatellites and cubesats on a Falcon 9 Evolved Expendable Launch Vehicle Secondary Payload Adapter port. “Our team, experienced in handling large constellations of satellites, is ready to utilize its launch expertise and deployers to arrange the rides to space for Swarm aboard SpaceX’s Falcon 9,” Exolaunch Commercial Director Jeanne Medvedeva said.

On August 18, SpaceX successfully launched a new Starlink rideshare mission, where the two-stage Falcon 9 rocket carried 58 satellites. The Starlink satellites will contribute to SpaceX’s constellation, which will provide internet access across the world.