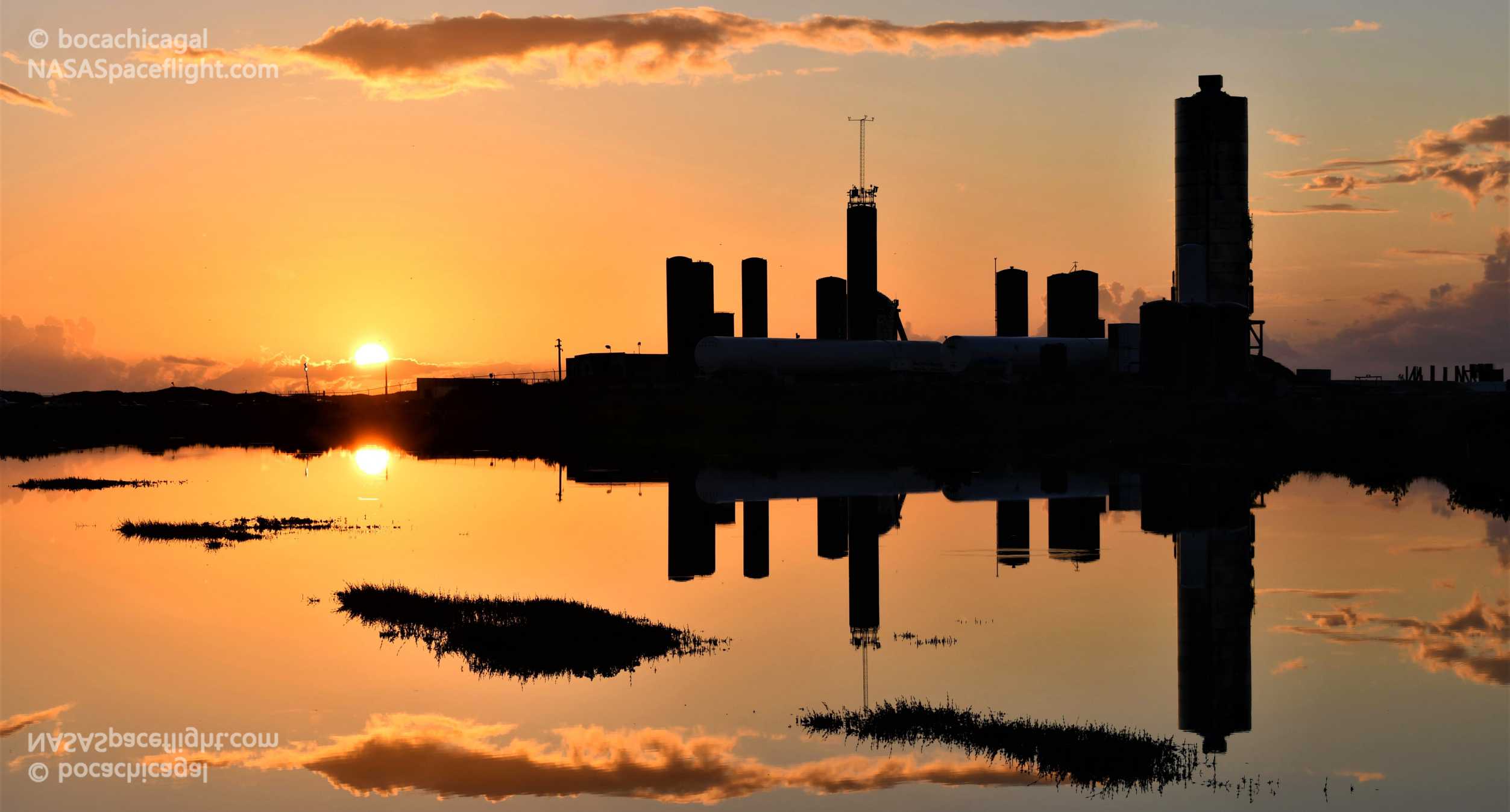 Update: SpaceX has gone ahead with a second Starship SN5 hop test attempt of the day. The rocket is currently tracking towards liftoff sometime around 7pm CDT (00:00 UTC).

SpaceX has aborted its inaugural Starship hop test for the second time but Elon Musk thinks there might still be time for another Tuesday attempt.

This time around, the fifth full-scale Starship prototype (SN5) made it roughly 90 seconds away from a planned Raptor engine ignition and liftoff before an apparent abort was called. The rocket was gradually detanked over the course of an hour or so, while CEO Elon Musk took to Twitter to suggest SpaceX might be able to fit another attempt in later today.

As of now, SpaceX employees have returned to the launch pad and are busy inspecting Starship SN5 – with a focus on the inside of the rocket’s engine section, where Raptor SN27 is installed. SpaceX has already suffered two aborts – one during a July 28th static fire attempt and the other during the first hop attempt on August 3rd – related to valves Raptor SN27 uses to spin up turbopumps.

As previously discussed on Teslarati, the seeming commonality between both aborts raises some concerns.

“Musk says that one of Raptor engine SN27’s “spin start valves” failed to open moments before ignition, causing Starship to automatically abort the attempt. With more than an hour left in the window, SpaceX had time to briefly troubleshoot the bug and potentially turn the rocket around for a second attempt, but Musk announced some 50 minutes later that the company would stand down and try again tomorrow.

Musk’s description of the hop test abort sounds suspiciously similar to his description of the last abort of Starship SN5’s Raptor engine static fire test, in which a “fuel spin valve didn’t open.” If the root cause of both aborts is the same, there’s a good chance that SpaceX may need more time to properly investigate and fix the problem. A recurring issue is immediately much more concerning compared to a one-off bug, so there’s also a chance that SpaceX will go as far as replacing the Raptor engine currently installed on Starship SN5.“

As of noon local time, a team had returned to the pad after Starship SN5 was safe to approach. The fact that the focus, again, appeared to be on Raptor SN27 means that the second hop test abort could theoretically be attributed to the same valve issue that aborted the last static fire and first hop attempts. Beyond that pure speculation, the cause of today’s abort is unknown but should not come as a surprise for an aerospace prototype test campaign.

In a positive sign, despite SpaceX employees returning to the pad around four hours ago, the highway has remained closed to members of the public, implying that SpaceX is still pushing for a second hop attempt later today. The August 4th test window is open until 8pm CDT (01:00 UTC). Stay tuned for updates later this evening.