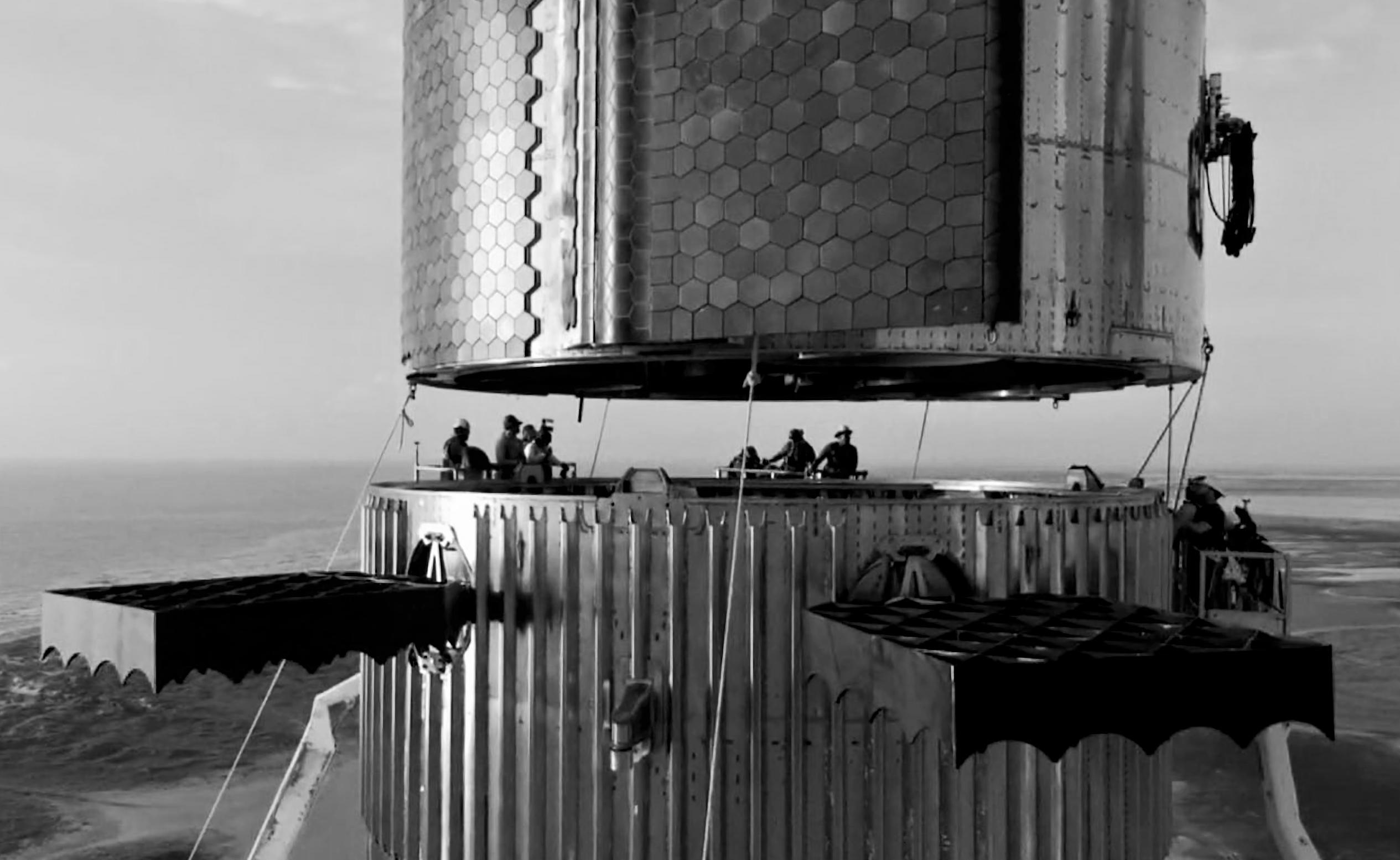 In the first two parts of a three-part interview with YouTube creator Tim Dodd, SpaceX CEO Elon Musk has delved into two new Starship and Super Heavy mechanisms that take his pursuit of simplicity to new extremes.

Around the turn of the month, Starship’s first flightworthy Super Heavy booster was outfitted with a niche form of aerodynamic control surfaces known as grid fins. Those multi-ton car-sized fins have been expected ever since the original form of Starship was first revealed in 2016. What was unexpected, however, was the fact that Booster 4’s grid fins quite clearly had no retraction or deployment mechanism and were instead fixed in a deployed position after installation.

Meanwhile, just a month after SpaceX performed a partial test of the mechanisms meant to latch Starship and Super Heavy together and deploy the ship in flight, Musk says that SpaceX has also decided to almost entirely remove any recognizable separation mechanism.

In rocketry, there are generally two distinct types of launch vehicle separation strategies. All require some kind of actuating latch or frangible bolts to attach and detach stages. The differences arise during stage separation. Some rockets (particularly Russian vehicles) rely on hot staging, in which a separating stage will ignite its engine(s) slightly before or at the same time as its released, blasting the stage below it. More commonly, rocket upper stages are jettisoned a significant difference from lower stages before igniting and heading towards orbit with either small solid rocket motors, small vernier thrusters, or – in SpaceX’s case – spring-like mechanisms that can be tested on the ground and reused.

Sidestepping decades of precedent, Musk says that Starship will have no separation mechanism at all. Instead, at some point during the design or testing process, Musk decided that a separation mechanism was entirely superfluous and that the same effect could be more or less replicated by using existing systems on Super Heavy. By using the booster’s gimballing Raptor engines to impart a small but significant rotation on the rocket moments before separation, Super Heavy could effectively flick Starship away from it – a bit like how SpaceX currently deploys Starlink satellites from Falcon by spinning the upper stage end over end and letting the spacecraft just float away thanks to centripetal forces.

Because Starship is something like five times heavier than Super Heavy at stage separation, the ship would effectively float away from the booster in a straight and stable line, use cold gas thrusters to settle its propellant, and ignite its six Raptor engines to head to orbit. In return for the slightly unorthodox deployment profile, if this new approach works, SpaceX can entirely preclude the development of a pusher/spring system capable of pushing a ~1300 ton Starship away from Super Heavy. That approach is possible on Starship in large part because the ship’s six Raptor engines are completely tucked away inside a skirt, meaning that there is zero chance of nozzles being damaged by impacting the booster interstage.

The situation with Super Heavy’s grid fins is not dissimilar. By keeping the fins deployed at all times, SpaceX doesn’t need to develop a complex retraction mechanism that maintains a mechanical linkage while still providing enough strength to push and drag a several-hundred-ton rocket around at hypersonic speeds.

Notably, during Tim Dodd’s tour and interview, Musk revealed that another SpaceX employee – not him – was responsible for that design change, throwing up a bit of a foil to the common notion that Musk is very authoritarian and inflexible as chief engineer. Combined with a surprisingly elegant and responsive five-step approach to engineering, it’s clearer than ever that there is a great deal of well-considered method behind the surface-level madness of some of Musk and SpaceX’s less intuitive decisions.