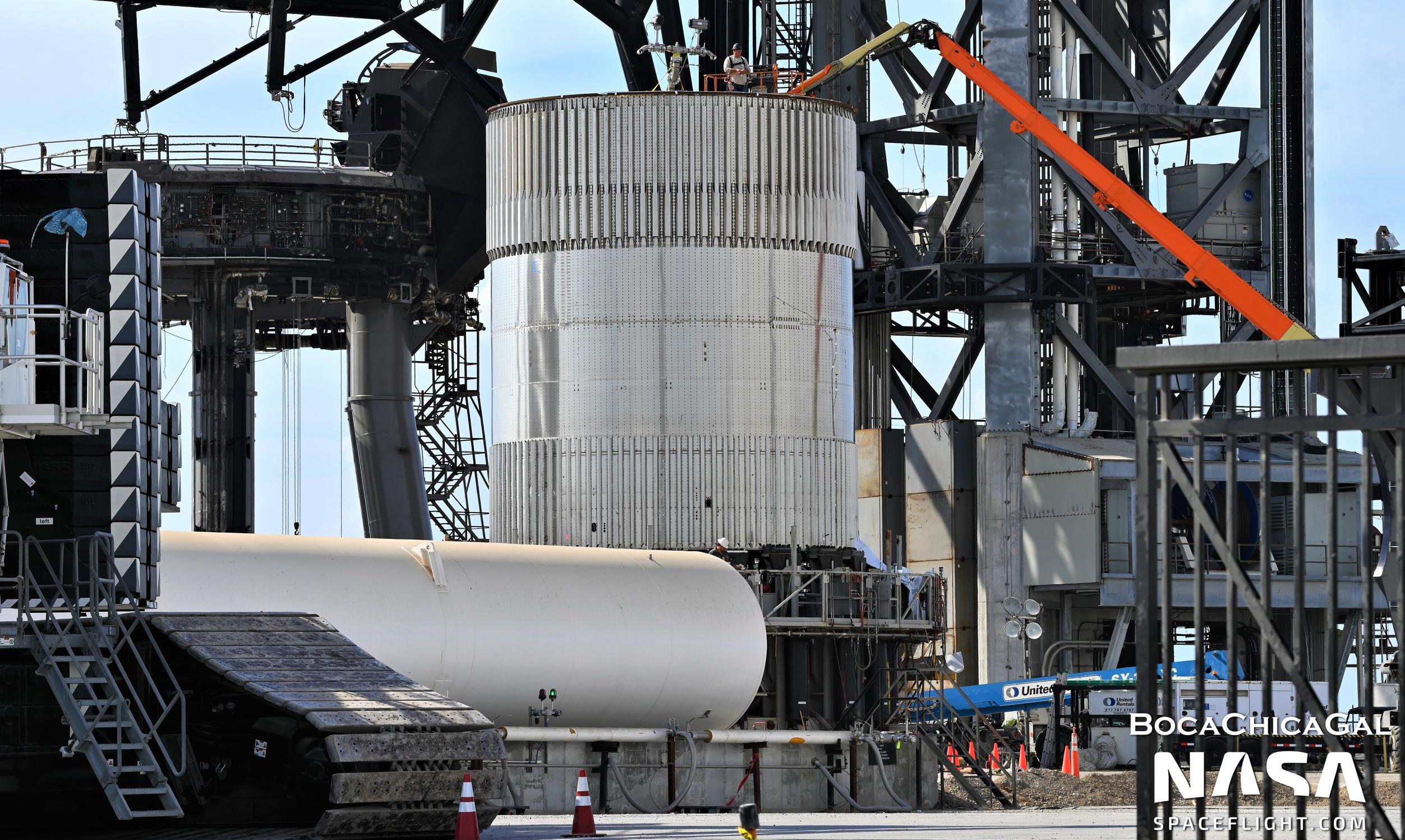 A tank prototype similar to SpaceX’s next-generation Super Heavy rocket booster has survived a series of tests that repeatedly attempted to destroy it.

Known as Booster 7.1 or B7.1, the tank is the latest in a long line of ‘test tanks’ designed to verify the performance of Starship and Super Heavy and qualify new designs and manufacturing techniques without risking an entire upper stage or booster. In general, that means that test tanks are as minimal as possible and much shorter than either Starship stage, but they’re also assembled out of nine-meter-wide (30 ft) steel barrels and domes almost identical to the sections that make up Starship and Super Heavy.

For most of the duration of SpaceX’s steel Starship program, ‘test tank’ work has followed a fairly consistent and linear development path, where tanks were used to verify design changes before those changes were implemented on more expensive prototypes. B7.1 firmly ignored that norm.

While it’s not an exact match, the tank – built out of two stacked rings and dome sections and measuring about 11 meters (~36 ft) tall – has a Super Heavy thrust structure (where Raptor engines would attach) and external stiffeners known as stringers that are (mostly) exclusive to Starship boosters.

As its name suggests, B7.1 shares many of the significant design changes that SpaceX had already implemented on Super Heavy Booster 7 (B7). The company began testing B7 months before B7.1, subjecting the full-size booster to multiple cryogenic proof tests and Raptor thrust simulation testing to qualify its new thrust ‘puck’ and several other structural changes. SpaceX began testing B7.1 in late June, shortly before Super Heavy Booster 7 was damaged by an unplanned explosion that halted its first Raptor engine test campaign. B7.1 testing then restarted in mid-July and was completed by the end of the month.

For unknown reasons, SpaceX’s decision to build and test Booster 7 before B7.1 meant that any significant issues discovered during subsequent B7.1 testing could disqualify the booster for flight testing, potentially wasting the months of work and tens of millions of dollars already invested in the prototype. Ultimately, though, B7.1 appeared to sail through multiple cryogenic proofs and crush tests without any catastrophic issues. Only on the last crush test did any part of the test tank finally give way, and the resulting damage was minor.

B7.1’s testing made use of a relatively new two-piece stand. The tank was first installed on a sturdy base using clamps similar to those on the Starbase orbital launch site’s (OLS) launch mount. Then, a hat-like structure was placed on top of the tank, resting on the surface that a Starship upper stage would sit on during launch. Massive ropes were finally dropped down to attach to hydraulic cylinders on the base. Once B7.1 was loaded with benign cryogenic liquid nitrogen (LN2), replicating most of the thermal and mechanical stresses of real oxygen/methane propellant, the hydraulic cylinders retracted, pulling the cap down to evenly exert massive crushing forces down the vertical axis of the test tank. Simultaneously, additional rams installed underneath B7.1 may have simulated the thrust of 13 central Raptor engines.

It’s unclear what exactly SpaceX was testing. The goal of the test could have been as simple as verifying that Super Heavy Booster 7 can withstand the weight of a fully-fueled Starship (~1350 tons / ~3M lb) sitting on top of it. It could have also been used to simulate an entire orbital launch from Super Heavy’s perspective, replicating many of the forces Starship boosters will experience between liftoff and landing. Given that Booster 7’s upgraded thrust puck had already made it through stress testing, B7.1 didn’t have much to add there, but it may have been useful for estimating the compressive strength of the current Super Heavy booster design.

Regardless of what B7.1 did or didn’t prove, it did so with very little drama. After four long days of testing, at least two of which involved attempting to crush the tank, the only truly noteworthy visual event was evidence of a slight buckle near the top of the tank during its last crush test. A few days later, with the test stand ‘cap’ removed, B7.1 survived one final test in which SpaceX likely attempted to pressurize the tank until it burst. Instead, the tank didn’t so much as develop a leak, reiterating – contrary to their occasional tin-can-like appearances – just how sturdy Starship and Super Heavy really are.

With nothing more to give, SpaceX will likely scrap B7.1. Meanwhile, Super Heavy Booster 7 remains stuck inside one of SpaceX’s Starbase assembly bays after being forced back to the factory by unintentionally explosive testing. The fate of that booster is unclear but SpaceX has removed all or most of its 33 Raptor engines over the last few weeks while simultaneously expediting work on Booster 8, which may ultimately take B7’s place.