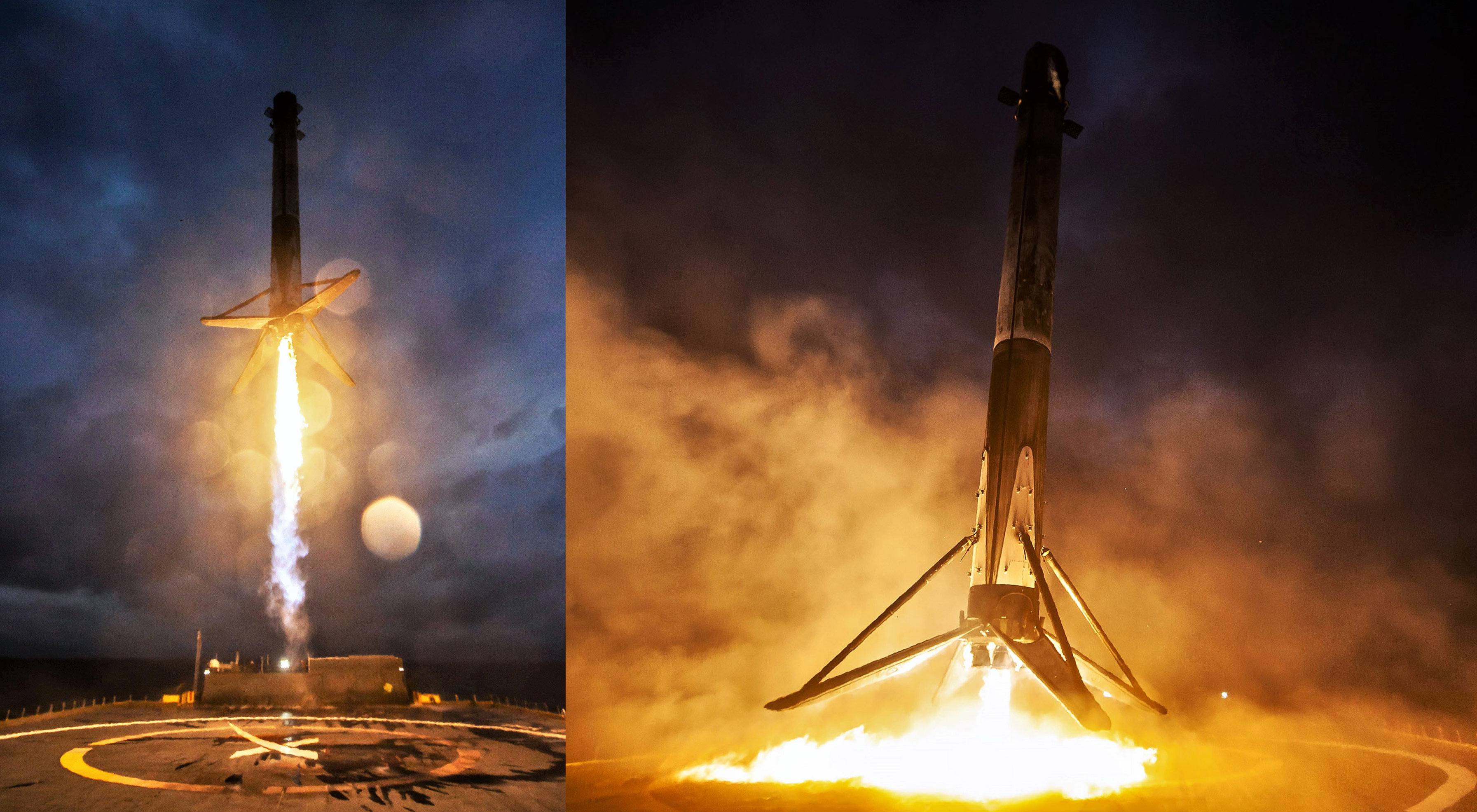 In an unexpected last-second change, SpaceX has moved Falcon Heavy Flight 3’s center core landing on drone ship Of Course I Still Love You (OCISLY) from 40 km to more than 1240 km (770 mi) off the coast of Florida.

Drone ship OCISLY is already being towed to the landing site, necessary due to the sheer distance that needs to be covered at a leisurely towing pace. The current record for distance traveled during booster recovery was set at ~970 km by Falcon Heavy center core B1055 in April 2019. If successful, Falcon Heavy center core B1057 will smash that record by almost 30% after sending two dozen spacecraft on their way to orbit. Falcon Heavy Flight 3 is scheduled to lift off in support of the Department of Defense’s Space Test Program 2 (STP-2) mission no earlier than 11:30 pm ET (03:30 UTC), June 24th. A routine static fire test at Pad 39A will (hopefully) set the stage for launch on Wednesday, June 19th.

This comes as a significant surprise for several reasons. First and foremost, the difference between a center core landing 40 km or 1300 km from the launch site is immense. For Falcon Heavy, the center core shuts down and separates from the rest of the rocket as much as a minute after the rocket’s two side boosters, potentially doubling the booster’s relative velocity at separation.

That extra minute of acceleration means that the center core can easily be 50-100+ km downrange at the point of separation. In other words, landing 40 km offshore aboard drone ship OCISLY would be roughly akin to a full boostback burn, meaning that the center core would need to nullify all of its substantial downrange velocity, turn around, and fly ~50-100 km back towards the launch site. Being able to perform such an aggressive maneuver would indicate that Falcon Heavy’s boost stage has a huge amount of propellant (delta V) remaining after completing its role in the launch.

There are three obvious possibilities that might help explain why the STP-2 mission has abruptly indicated that it will require SpaceX’s most energetic booster recovery yet.

1. STP-2 is carrying at least 1-2 metric tons worth of mystery payload(s)

This is highly unlikely. The USAF SMC has already released a SpaceX photo showing the late stages of the STP-2 payload stack’s encapsulation inside Falcon Heavy’s payload fairing. Short of an elaborate faked encapsulation followed by the installation of additional mysterious spacecraft or some extremely dense hardware hidden inside, it’s safe to say that the STP-2 payload stack weighs what the USAF says it weighs, which is to say not nearly heavy enough to warrant a record-smashing booster recovery given the known orbital destinations.

The USAF further confirmed that there is no ballast on the stack, removing the possibility of a lead weight or steel boilerplate meant to artificially push Falcon Heavy to its limits.

Per official mission overviews, it’s already clear that STP-2 could be the most challenging launch ever attempted for SpaceX’s orbital Falcon upper stage. According to SpaceX itself, “STP-2…will be among the most challenging launches in SpaceX history, with four separate upper-stage engine burns, three separate deployment orbits, a final propulsive passivation maneuver, and a total mission duration of over six hours.”

While undeniably challenging, it’s not clear why it would require such a high-energy center core recovery. With a payload mass of just ~3700 kg, Falcon 9 has launched much larger payloads to (relatively) higher orbits, but this fails to account for the added challenge of long coasts and multiple different orbits. Also of note, the above graph (courtesy of a years-old USAF document) appears to disagree with SpaceX’s description of “four… upper-stage burns”, instead showing five burns (red spikes).

More likely than not, OCISLY’s ~1200-kilometer move can be explained largely by the reintroduction of what the above graph describes as the Falcon upper stage’s “disposal burn”, likely referring to a deorbit burn. On top of the delta V already required for the first four burns, it isn’t out of the question that an additional coast and deorbit burn from 6000 km (3700 mi) would push the recovery equation in favor of attempting to incinerate center core B1057.

The last plausible explanation for this radical shift is that the US Air Force/Department of Defense (DoD) has decided last-second that they want more margins on top of their already-overflowing safety margins, quite literally pushing B1057 to the edge of its performance envelope to mitigate low-probability failure modes. This has been done to an even more extreme extent with the US Air Force’s recent GPS III SV01 launch, in which SpaceX was forced to expend a new Falcon 9 Block 5 booster to provide the extreme safety margins the USAF desired.

According to the USAF, the STP-2 mission – including launch costs – represents as much as $750M, coincidentally similar to the estimated cost of the GPS III SV01 satellite and an expendable Falcon 9 rocket. As such, it’s not out of the question that a similar level of paranoia/conservatism is in play for STP-2.

Numbers 2 and 3 are equally plausible explanations for this last-second booster recovery shift. Given the US military’s active involvement, it’s more likely than not that no explanations will be offered. Regardless, this surprise development is bound to result in a truly spectacular recovery attempt for SpaceX’s second Block 5 center core and will likely involve breaking several still-fresh records in the process.

Falcon Heavy Flight 3 is in the middle of rolling out to SpaceX’s Kennedy Space Center Pad 39A launch facilities for a routine pre-launch static fire test, scheduled to occur no earlier than 12:30 pm ET (16:30 UTC), June 19th. If all goes well, SpaceX should be on track for its first STP-2 launch attempt at 11:30 pm ET (03:30 UTC), June 24th.