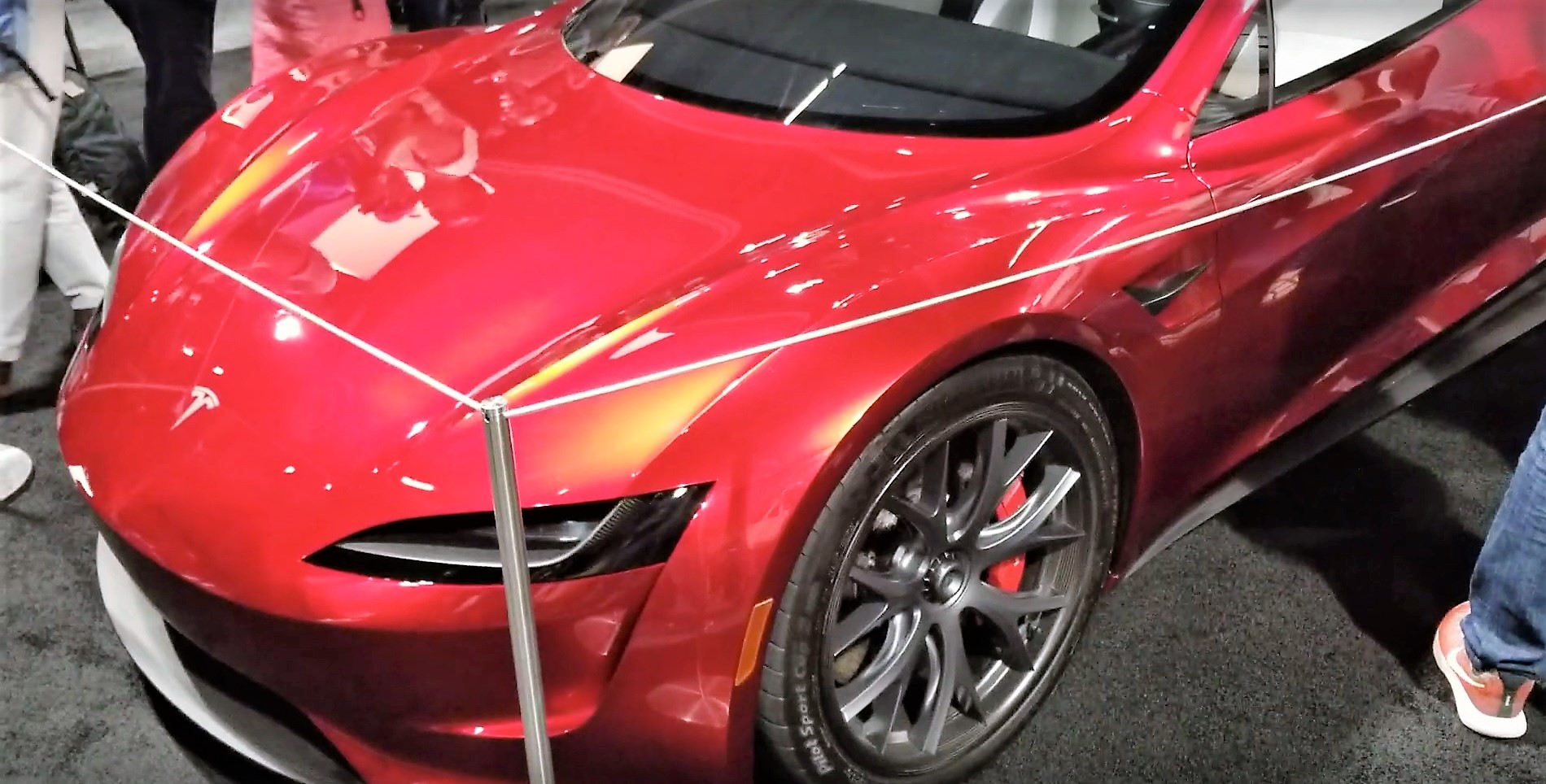 A video posted online by a conference attendee provided a full walkaround of the all-electric ‘halo car‘ as it was surrounded by excited onlookers taking turns capturing photographs of the futuristic steering wheel, high-tech console, and other innovative features.

CVPR is an annual event put on by the Institute of Electrical and Electronics Engineers (IEEE) and the Computer Vision Foundation (CVF) for pattern recognition, computer vision, machine learning, robotics, and artificial intelligence researchers to present advances made in their fields. Various presentations, tutorials, workshops, demos, exhibitions, and social events promoting relevant topics are made available to attendees. This is the 32nd year for CVPR, taking place June 16-20 at the Long Beach Convention Center. 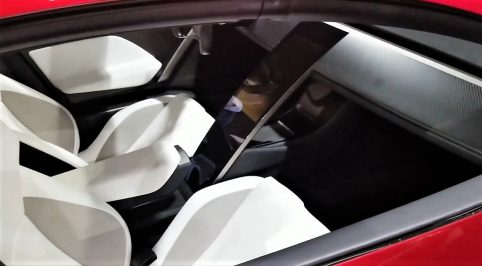 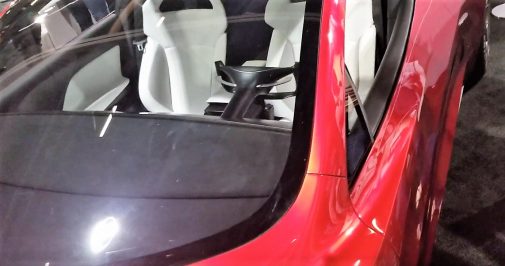 Along with Tesla’s Full Self-Driving capabilities, the next-generation Roadster may have some other features that would be of particular interest to CVPR attendees. CEO Elon Musk revealed last year that the tri-motor ‘supercar killer’ would be equipped with a feature an augmented mode that would enhance a driver’s abilities when operating the vehicle. “Definitely. Will also have Augmented Mode that will massively enhance human driving ability. Like a flying metal suit, but in car form,” he teased on Twitter in response to a question on whether the Roadster would have Autopilot. Augmented and mixed reality are computer vision problems at their core.

Furthering speculation surrounding Augmented Mode was Tesla’s former Senior Manager, Design, Andrew Kim. Prior to working at Tesla, Kim worked for Microsoft, where he helped develop the HoloLens headset, a holographic computer that allows users to see and interact with holograms within an environment. Kim’s LinkedIn profile also noted that he was “leading experiences” in Tesla’s Model S, X, 3, Semi, Roadster 2, and Model Y, as well as “confidential future products and experiences.”

Elon Musk is notoriously associated with Marvel’s famous Tony Stark character, making the heads-up display connection between Roadster and the one featured in the Iron Man suit a highly anticipated prediction. Software and technical marvels aside, the next-generation Roadster will perform to the tune of 0-60 mph in 1.9 seconds, the standing quarter-mile time in 8.9 seconds, and capable of achieving 620 miles of range thanks to a 200 kWh battery. Musk has also described a SpaceX package with cold-gas thrusters on several occasions which would push the performance of the electric car even further.

Test drives for the new Roadster are estimated to start at the end of this year. See the full walkaround video from Roadster’s appearance at CVPR 2019 below: