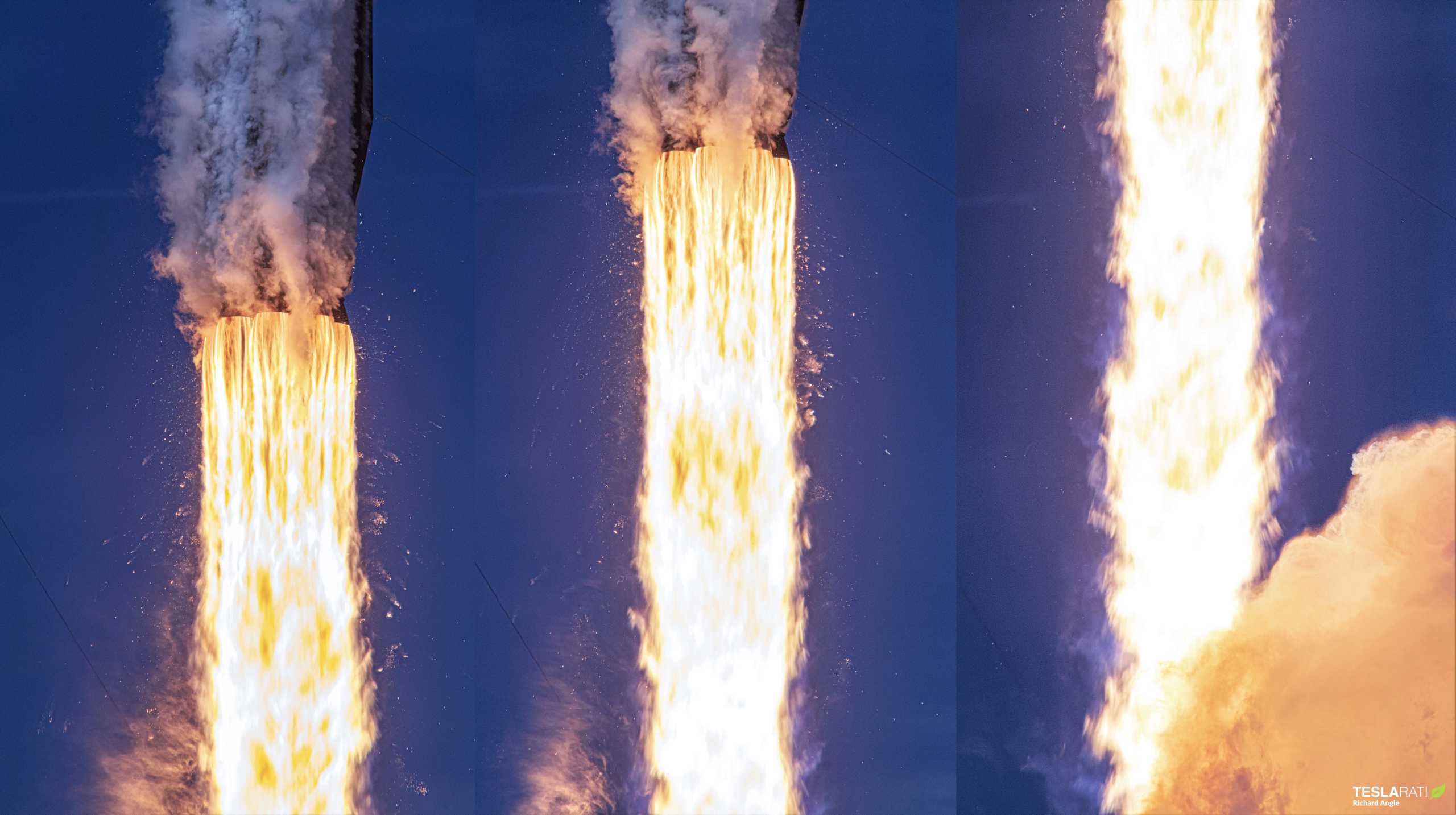 On the West Coast, a new Falcon 9 rocket has successfully completed a routine static fire test and is likely just hours away from rolling out to SpaceX Vandenberg Air Force Base (VAFB) Space Launch Complex 4E (SLC-4E). The rocket is scheduled to place the international Sentinel 6A oceanographic satellite into a polar orbit, followed by booster B1063’s first landing attempt at Landing Zone 4 (LZ-4).

Oddly, SpaceX has yet to update its website with details or confirmation of the two back-to-back launch attempts, raising the possibility of one or both being delayed, but hardware at the pad remains an unequivocal confirmation that at least one of the missions is close to liftoff. As usual, whenever Sentinel 6A and Starlink-15 do launch, SpaceX will host an official webcast on its YouTube channel.

SpaceX appears to be on track to attempt two separate Falcon 9 launches and landings within the same ten-hour, also marking the company’s 14th Starlink mission this year and first West Coast launch in a year and a half.

After overcoming a range of minor issues, replacing two Falcon 9 booster engines, effectively reactivating a dormant orbital launch complex, and doing all of the above to a standard capable of satisfying NASA’s strict expectations, SpaceX is officially set to launch the Sentinel 6A oceanography satellite no earlier than (NET) 9:17 am PST (16:17 UTC) Saturday, November 21st. The twist: Falcon 9 will be launching from Vandenberg Air Force Base (VAFB), California for the first time since June 2019.

SpaceX’s Sentinel 6A launch will debut new Falcon 9 booster B1063, first spotted on its way from the company’s McGregor, Texas test facilities to VAFB in late August. Unfortunately, when Falcon 9 booster B1062 suffered a last-second abort on October 2nd, the Merlin 1D booster engine issue ultimately deemed responsible for the anomaly was also traced back to B1061 and B1063.

As a result, SpaceX chose to replace an average of two Merlin 1D engines on each of the three boosters in a process that took several weeks. Additional difficulty was added due to the fact that all three new boosters were assigned to high-profile missions for exceptionally strict NASA and US military customers, necessitating extra caution and verification. Regardless of the hurdles, SpaceX managed to complete an entire complex rocket engine anomaly investigation in less than six weeks, determining the root cause, replicating the failure mode with individual engine static fires, replacing multiple engines on multiple boosters, and recertifying all three boosters for their respective flights.

Falcon 9 B1062 successfully launched the US military’s GPS III SV04 satellite on November 5th, followed by Falcon 9 B1061’s flawless four-astronaut launch on November 15th. Of the three impacted boosters, only B1063 remains and is scheduled to launch just four days from now. Barring surprises, all three will likely support one or several dozen more launches in the coming years.

Meanwhile, SpaceX’s November 21st Starlink-15 launch is expected to feature Falcon 9 B1049 in what will become the first time the same rocket booster flies for the seventh time. In essence, if successful, Starlink-15 will effectively mean that SpaceX is 70% of the way towards achieving its longstanding goal of ten launches per booster.