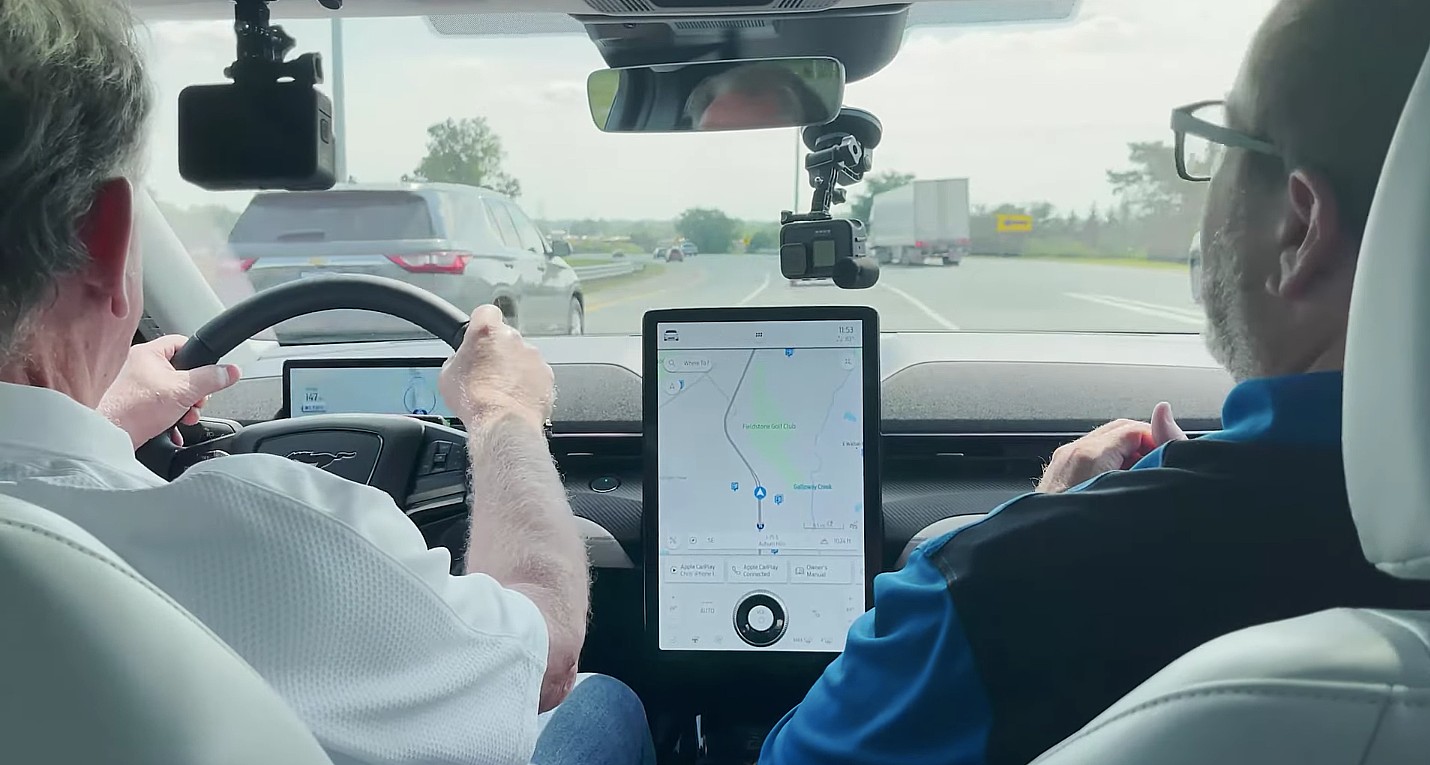 Automotive teardown specialist Sandy Munro is a brutally honest veteran who tells things as they are. This is one of the reasons why he regularly criticizes Tesla for its vehicles’ inconsistent build quality, and, more recently, why he came away unimpressed after operating Ford’s upcoming BlueCruise driver assist system, which allows drivers to take their hands off the wheel in designated “blue zones” across the United States.

Munro recently took a drive with Ford Driver Assist Technology Chief Engineer Chris Billman on a freeway, and immediately, the teardown expert and former Ford engineer noticed a number of interesting behaviors from the hands-free system. While he liked some of BlueCruise’s behaviors, Munro quickly observed that Ford’s advanced driver-assist suite could not take the off-ramp by itself. This made it quite different from the Autopilot that Munro has been using for some time now in his Tesla Model 3.

But that’s just the tip of the iceberg. Munro soon learned that BlueCruise required manual interventions when navigating curves. And when these happened, the alerts prompting drivers to keep their hands on the wheel did not include loud, audible warnings. Manual interventions with BlueCruise were also required for basic maneuvers like lane changes, and Billman was quite unclear if Ford has any plans to expand the system’s driver-assist features to inner-city streets like Tesla’s FSD Beta.

At the end of the trip, Munro concluded that Ford BlueCruise, at least in its current iteration, still has a lot of room to improve. The teardown expert highlighted that for Ford to make BlueCruise impressive, the veteran automaker must fix the system’s incapability to handle curves on the highways, even those that the company describes as “sharp curves.” Munro also noted that Ford needs to improve BlueCruise’s disengagements, which could be unclear to the driver.

“I would suggest that the sweeping curve stuff, you need to address that. I think that would be something that you absolutely flat out would want to have, better than what you’ve got today. And the reason basically is that, um, you know I got a pension plan that I need to be fully funded. I guess I’ve been a little bit spoiled by watching what Tesla’s been doing with the Full Self-Driving Beta. That is really impressive, and I’m going to suggest that somehow, if you can get your hands on that and try it out, it’ll really help you understand what I was talking about as far as improvements are concerned,” Munro said.

Interestingly enough, Ford has mounted a rather pointed strategy in promoting BlueCruise, which would be released for the Mustang Mach-E and the F-150 Lightning, with both CEO Jim Farley and Ford North America Product Communications director Mike Levine taking shots at Tesla’s Autopilot. Farley, for one, highlighted during BlueCruise’s announcement in April that the system was tested in the real world so that Ford’s customers “don’t have to,” and Levine is known to frequently mock FSD and Autopilot for its flaws while engaging in arguments with Tesla owners on Twitter.

Watch Sandy Munro’s take on Ford’s BlueCruise in the video below.