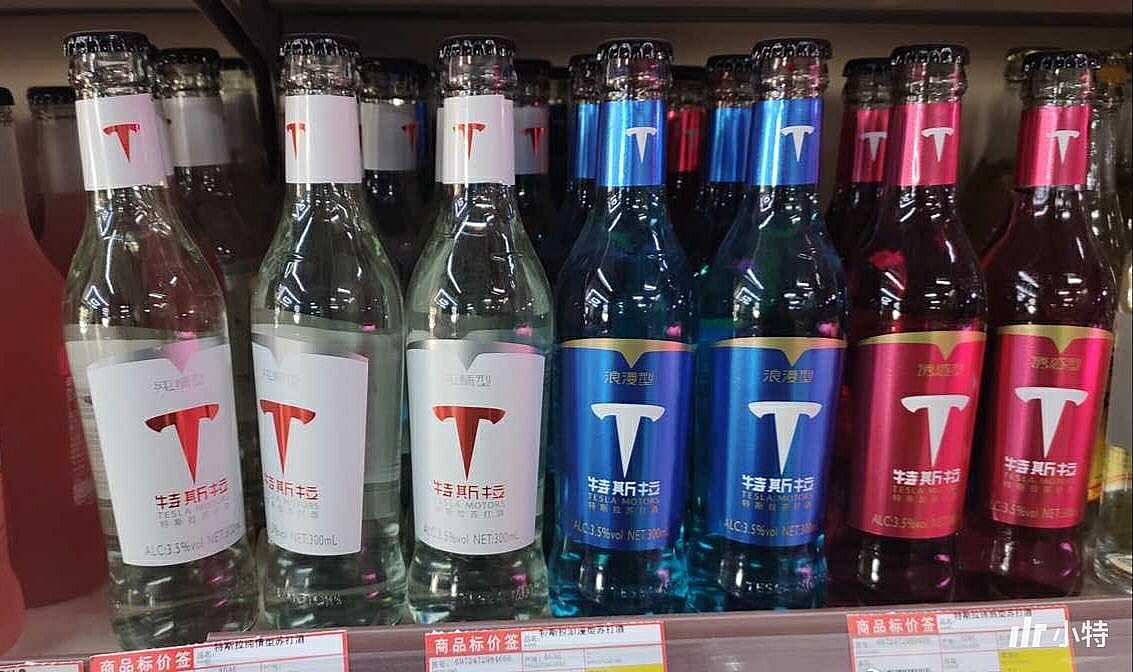 Tesla’s business is prolific in the electric car and energy storage industry, but a beverage-maker in China appears to have taken it upon itself to push the company’s brand further. As shown in recent photos, a company from China is currently selling alcoholic beverages featuring Tesla’s name. The drinks even come in several flavors and colors.

Tesla owner-enthusiast @JayInShanghai shared several photos of the alcoholic beverages being sold. The bottles were printed with what seemed like bootleg versions of Tesla’s logo, though they do feature the words “Tesla Motors” on their label.

Initial reports about the Tesla Motors drink emerged last year when a photo of a Tesla-branded drink. The photo of the advertisement was shared by JayInShanghai, who confirmed that the company behind the drink was not the same as the automotive and energy company run by Elon Musk.

While Giga Shanghai is not producing and bottling beverages for people to enjoy, Tesla’s name and logo are becoming increasingly recognizable in the Chinese market. It’s a bit ironic, but the unofficial use of its logos and (past) names actually increases the recognition of Tesla’s brand in the country.

Tesla has been increasing its presence in China amidst the production of the Model 3 at Giga Shanghai. In January, the company began delivering the vehicle to local customers, and it has since started preparations to start the third phase of the facility’s construction.

The Chinese “Tesla Motors” drink is not the company’s first association with alcoholic beverages. Tesla CEO Elon Musk has hinted at a “Teslaquila” as part of a 2018 April Fool’s joke. Musk actually decided to release the product, though its rollout has been rife with challenges. The company filed trademarks toward the Teslaquila name and underwent a lengthy battle with the US Trademark Office after concerns emerged that the drink would be confused with an already registered liquor called “Tesla Spirit.”

If Teslaquila eventually ends up on the market for the company’s fans to enjoy, it could compete with some of the world’s most prominent tequila brands. Musk’s following is sizeable, and that alone could cause the alcohol to become extremely popular, much like Conor McGregor and his Proper Number Twelve beverage that was responsible for a 12% increase in Irish whiskey sales in the United States.