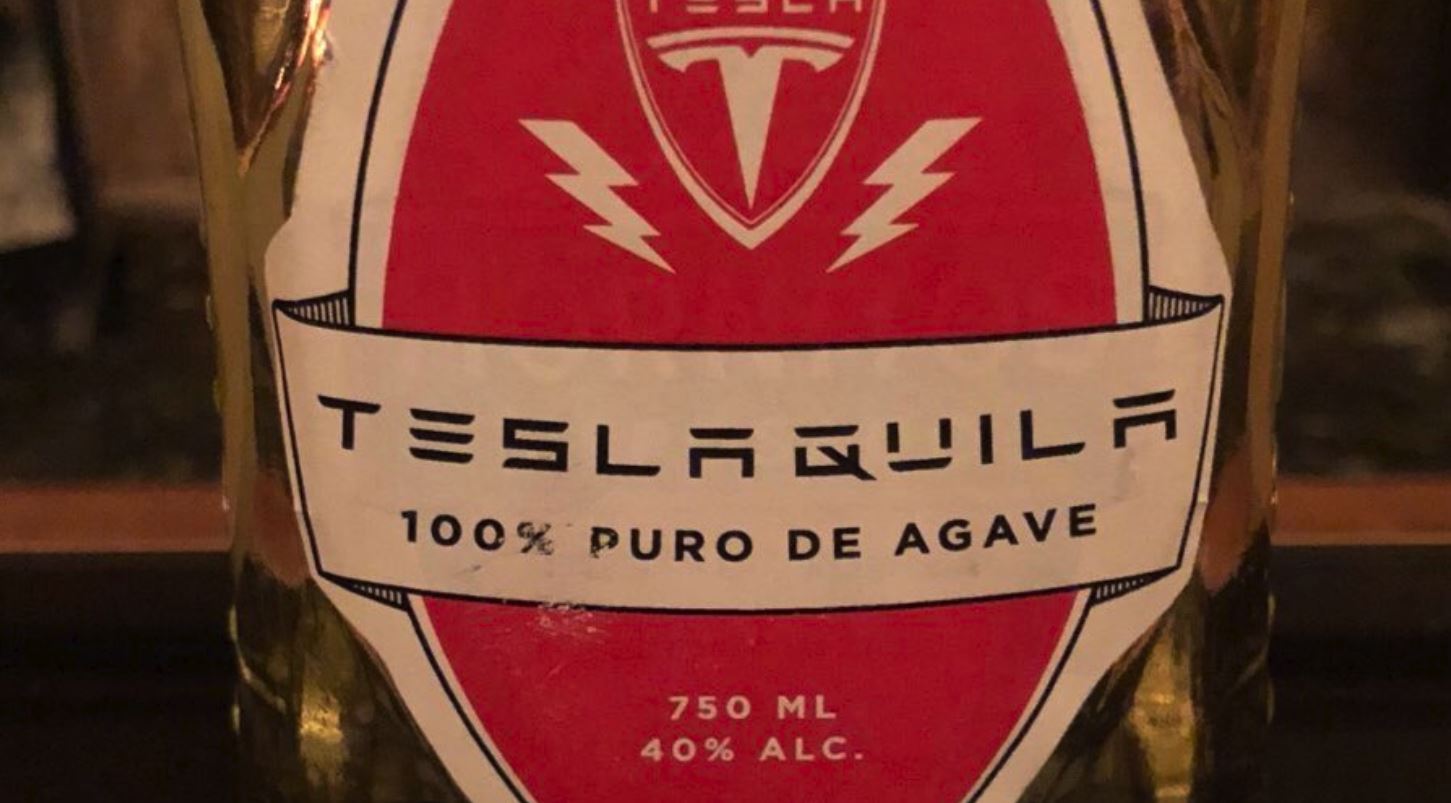 Elon Musk's 'Teslaquila' may still be coming, after undergoing a few tweaks

Tesla CEO Elon Musk brought back to life the idea of a distilled, pure agave liquor aptly called Teslaquila, an obvious portmanteau of the Tesla electric car brand and the popular Mexican drink. And while interacting with his social media followers, Musk also seemed to have revived one of his older, fun projects — the Boring Candy.

Musk was active on Twitter over the weekend, tweeting about updates on SpaceX’s Starship build and posting fun photos about image recognition tests. Eventually, one of his followers, a Tesla Model 3 owner-enthusiast, asked for an update about Teslaquila, a liquor that Musk has mentioned multiple times in the past. Quite surprisingly, Musk actually had an update ready.

“Slight tweak to the glass needed & then it should be good to go,” Musk tweeted Sunday night.

For those unfamiliar, the idea of the Teslaquila first surfaced as an April Fools’ Day Joke in 2017 when Musk tweeted a photo that showed himself propped against a Model 3, passed out, and supposedly surrounded by Teslaquila bottles. From the said online joke, Tesla actually filed a patent based on intent to use and even posted a mock-up bottle design that the brand would use.

The idea for Teslaquila proved polarizing. Other high-end car brands offer merchandise — Ferrari sells luxury handbags and BMW offers performance golf balls, for example — so a Tesla-inspired drink seems to be in the bag. Unfortunately, there was strong opposition from Mexico, where the alcoholic beverage is traditionally produced. The word “Tequila” is protected just like how Scotch whiskey is to Scotland or how feta cheese can only be Greek.

The idea of Teslaquila was quite close to fruition but it wasn’t meant to be as the US trademark application was rejected because of possible confusion with an already registered name, Tesla Spirit. Then again, if Elon Musk’s recent update is any indication, then maybe an actual Teslaquila is coming soon anyway.

Apart from Teslaquila updates, there was also a brief mention of Boring Bricks and Boring Candy, products that Musk have referred to in the past. Musk has mentioned before how the Boring Company can make affordable bricks for low-cost housing, and some samples have been produced and showcased by the tunneling startup. As for the Boring Candy, the idea came about as a playful dig at Berkshire Hathaway CEO Warren Buffett, who popularized the idea of business “moats,” or key advantages that businesses have to maintain a competitive edge.

Musk then took a dig at See’s Candies, one of Buffett’s businesses which uses “moats” in the confectionery industry. The SpaceX and Tesla CEO stated that he would build a moat himself, one that is made out of candy — Boring Candy.

The SpaceX and Tesla CEO has always said that it is fun to crowdsource ideas. One Twitter user was seemingly quick to come up with a tagline for the Boring Candy — Edible Shorts. Of course, the tagline is in reference to how short sellers have choked (pun intended) on losses amounting to more than $2 billion as TSLA recently hit record highs amid news of developments in China and positive developments on Gigafactory 4, which is expected to rise in Brandenburg just east of Berlin.

Elon Musk's 'Teslaquila' may still be coming, after undergoing a few tweaks