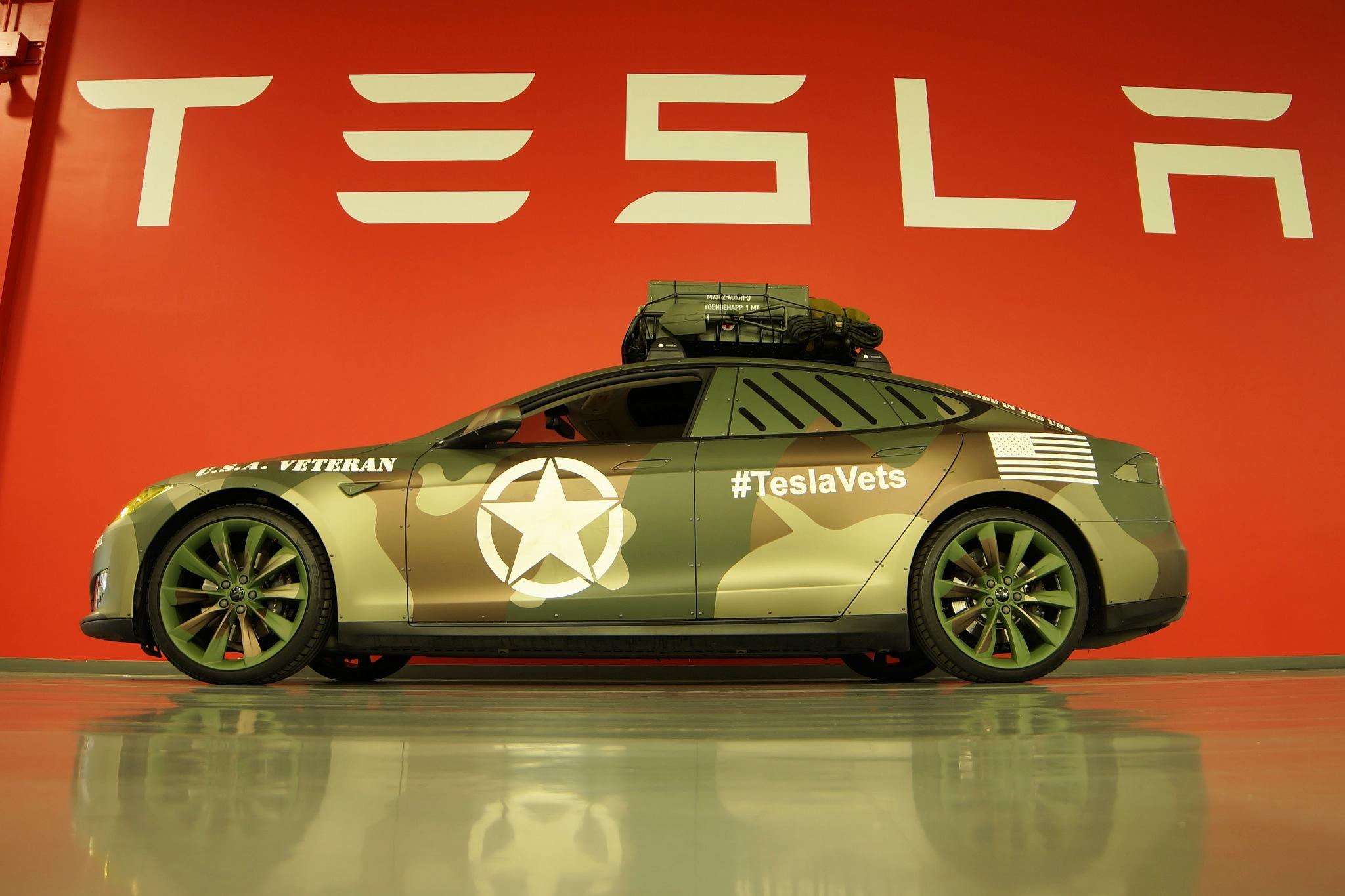 On this Veteran’s Day 2020, Teslarati thanks all of the heroes who have sacrificed their freedoms to protect ours. In the theme of the day, we decided to take a look back at how Tesla has honored the heroes who have served in the military over the years. From camo-inspired EVs to Veteran’s hiring programs, the electric automaker has portrayed an appreciation for those who fought to keep us free.

In 2014, Tesla tweeted several photographs of a military-inspired Model S, dawning images of American flags and spelling the words “U.S.A. Veteran,” “Made in the USA,” and “#TeslaVets.” The camo Model S hasn’t made an appearance since then. However, the message is still present on Tesla’s official Twitter page, reminding everyone that the company is overwhelmingly supportive of our Veterans.

A heartfelt Veterans Day thank you to all who have served. #TeslaVets #VeteransDay pic.twitter.com/Eynq2wzXr7

2017: A collaboration with SS Customs, Unplugged Performance, and EVannex

Like its 2014 shoutout to veterans, Tesla designed a new Model S with a digital camo-themed wrap thanks to SS Customs and special aftermarket parts from Unplugged Performance and EVannex. The vehicle arrived at San Francisco National Cemetery on Memorial Day in 2017, honoring the fallen heroes who gave the ultimate sacrifice to protect our freedoms.

Military.com reported that Tesla’s hiring ramp of veterans was taking off as their experience made them a “perfect fit” for Tesla. Former Director of Communications for Tesla, Camille Ricketts, stated:

“Veterans are the perfect fit for Tesla because many of them gained incredibly advanced technical, electrical, and mechanical skills in the service that are directly applicable to manufacturing electric vehicles. Veterans are taught to be leaders within the context of a cooperative team, and that is exactly how Tesla works – allowing employees to think outside the box while working hard toward a common goal. Hiring veterans is very complementary to Tesla’s other mission to move the world toward energy security and independence.”

The company also launched a video that outlined its Veterans Program in 2017.

“At Tesla, you will utilize your military skillset to the fullest: dedication to mission success, technical expertise, leadership acumen, ability to thrive under pressure, recognizing the value of teamwork, among the countless other strengths you forged in the service.”