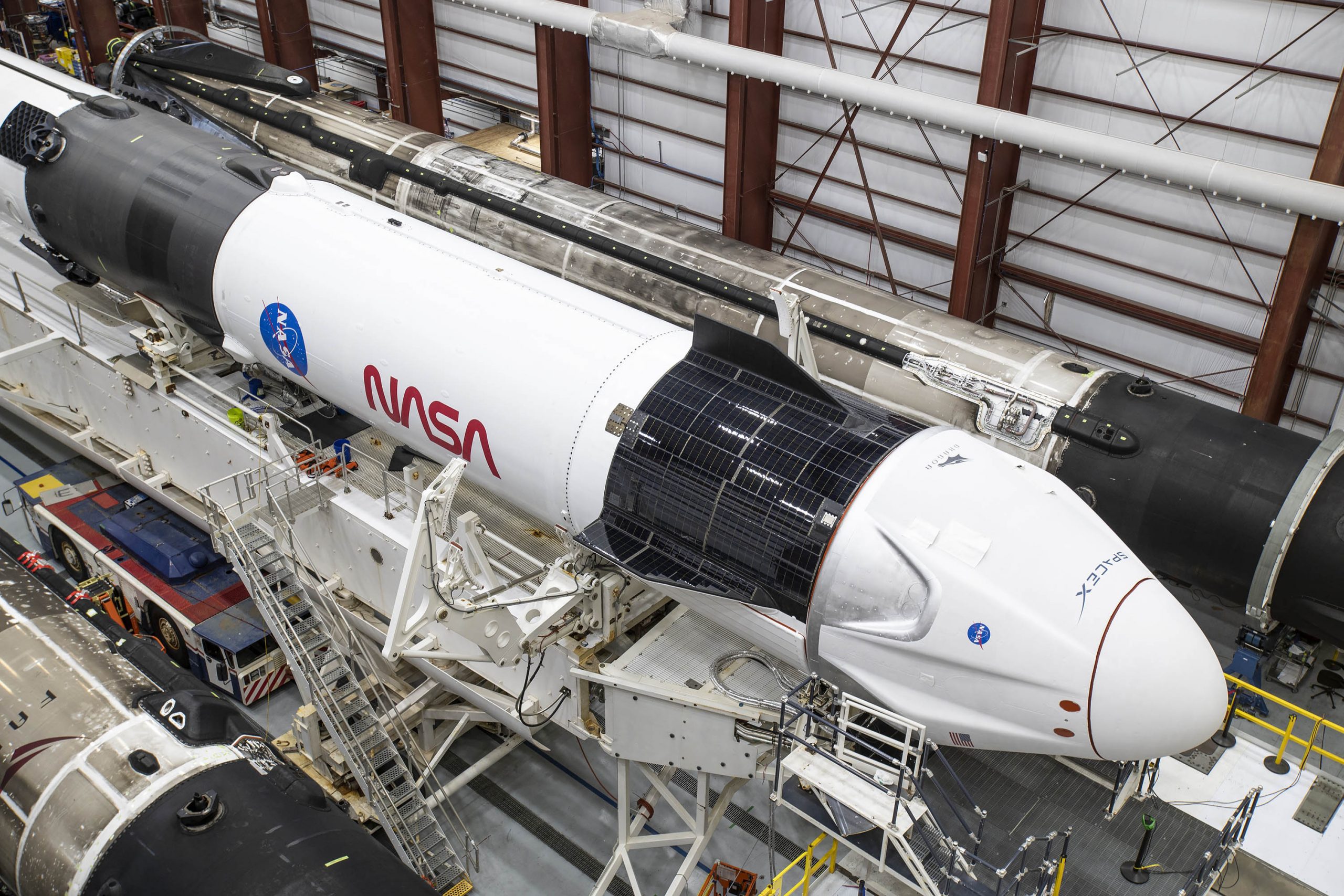 Previously expected around 7:49 pm EST on Tuesday, November 10th, SpaceX decided to push Falcon 9 B1061’s first static fire to no earlier than (NET) Wednesday evening, November 11th. As usual, SpaceX will put the rocket (and spacecraft) through a scenario all but identical to an actual launch short of liftoff, loading Falcon 9 with propellant and igniting all nine Merlin 1D booster engines to verify vehicle health.

Unintuitively, for SpaceX’s Crew Dragon missions, the extremely valuable spacecraft (i.e. the payload) remains installed on the rocket during Falcon 9’s prelaunch static fire. In doing so, that static fire also serves as a full hardware- and software-in-the-loop dress rehearsal for the integrated rocket and spacecraft, verifying that the autonomous software responsible for recognizing a failing rocket and activating Crew Dragon’s abort system is functioning as expected.

In the event that Falcon 9 did fail at some point during the static fire test, Crew Dragon’s abort thrusters would instantaneously ignite, pulling the uncrewed spacecraft to safety and minimizing the fallout of an already expensive mistake.

Regardless of the outcome of today’s static fire attempt, SpaceX will immediately be faced with a potential hurricane landfall on Thursday and United Launch Alliance’s (ULA) latest Atlas V NROL-101 launch attempt on Friday, once again raising the seemingly ever-present question of which company will receive priority in the event of a ULA delay. Stay tuned to find out!