Tesla CEO Elon Musk announced during the recent Gigafactory 3 event in Shanghai that the company plans to create a design and R&D center in the country and it appears the carmaker is now looking for designers to help come up with “China-style” Tesla vehicles.

China-focused news website Abacus first spotted the announcement of Tesla on its official WeChat account on Wednesday. Roughly translated, the ad says, “Tesla is waiting for you. Chinese-Style Tesla will sweep the world.”

The post stated that Tesla is looking for outstanding design talents to create original Chine-style Teslas. The company is encouraging those with bold ideas and welcomes even non-car designers since according to Tesla China, the new designers will not just design ordinary cars. Interested parties can email designer@tesla.com  until Feb. 1, 2020.

“Let the most beautiful Chinese art be integrated into the future-oriented Tesla,” the Tesla WeChat post read. 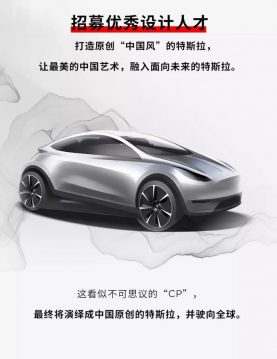 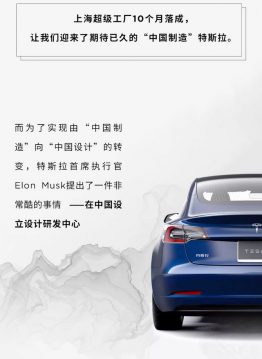 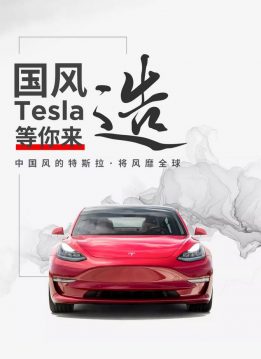 The latest move of Tesla in China is another big step to dominate the local market and preparation to conquer the rest of Asia. No one might have thought that hiring for car designers to make Chinese-style Teslas will come this soon, but Elon Musk believes in the concept that speed solves everything. The design and R&D center in China will not only create vehicles for the local market but for the rest of the globe as well.

Perhaps the comparison of Musk to renowned military general and The Art of War author Sun Tzu by venture capitalist Paul Holland holds water since Tesla has been pushing the right buttons to get a share of the pie in the largest automotive market in the world. It is doing things right and it’s striking with rapidity as the Chinese philosopher advised.

Tesla recently delivered its first batch of Made-in-China Model 3 to the public and Musk also formally launched the Model Y program in the country during the Gigafactory 3 event.  It also lowered the price of the locally-made electric sedans the resulted in a surge of orders in the country. If the local market already loves the Model 3, introducing  variants of Teslas that’s focused on the China market will definitely generate more interest and help increase sales even more.

As analysts from China-based equity firm Chuancai Securities put it, the Model 3 is a potential cash cow for the electric carmaker as it can localize the sourcing of parts that will lead to better margins and better conditions to even stimulate sales of its vehicles in China.

The story of Tesla in China has been amazing so far. Its Gigafactory 3 in Shanghai rose from a muddy field and produced its first vehicles in just 10 months and delivered its first vehicles to its employees in less than a year. At present, its production has hit a run rate of 3,000 units per week and plans to consistently ramp up production as more workers are added to the production frontline.

Tesla will likely get some market share from local EV manufacturers but the competition is welcomed in a car market that has slowed down in the last year or so. The Chinese government, who’s looking to improve the quality of air in the country, is also pouring support that will help Tesla entice more consumers to buy its new energy vehicles.