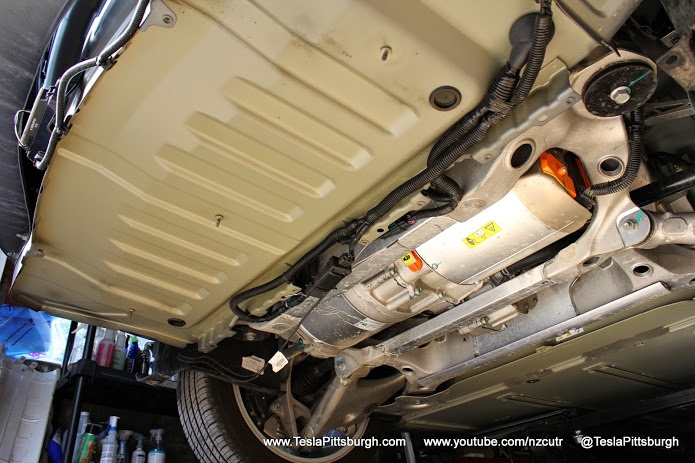 Following the announcement that Tesla will be releasing a ‘Ludicrous Speed’ upgrade for the dual-motor Model S P85D and upcoming Model X, the natural question emerged: How does Tesla Ludicrous Speed work?

How was Tesla able to extract more acceleration from the already ‘Insane'(ly) quick Model S P85D, and from the same battery back? It’s important to first understand that the Model S uses an inverter to convert the transfer of electrons from Tesla’s direct current (DC) battery back to alternating current (AC) of the electric motor. Quoting an analogy provided by ExplainThatStuff, we learn that the electrons work like a line of ants, marching along with packets of electrical energy in the same way that ants carry leaves. The more ants we have, theoretically, the more packets of electrical energy we’ll have.

Citing our friends at TeslaTap, current flowing from the battery passes through a contactor which is a large switch controlled by an electromagnet under software control. The contactor connects the battery pack from connections outside the pack such as to the motor inverter, chargers, etc.

The algorithms within Tesla’s Firmware helps maintain constant torque by controlling the amount of current flowing through the contactors and to the electric motors. Ludicrous Speed adds a safety fuse and a new type of contactor that can safely sustain a current draw of 1,300 amps to 1,500 amps thereby allowing the electric motors to temporarily produce more power, and for a longer duration of time. End result? Mind-shattering acceleration to the tune of 0-60 mph in 2.8 seconds.

While working on our goal of making the power train last a million miles, we came up with the idea for an advanced smart fuse for the battery. Instead of a standard fuse that just melts past a certain amperage, requiring a big gap between the normal operating current and max current, we developed a fuse with its own electronics and a tiny lithium-ion battery. It constantly monitors current at the millisecond level and is pyro-actuated to cut power with extreme precision and certainty.

That was combined with upgrading the main pack contactor to use inconel (a high temperature space-grade superalloy) instead of steel, so that it remains springy under the heat of heavy current. The net result is that we can safely increase the max pack output from 1300 to 1500 Amps.