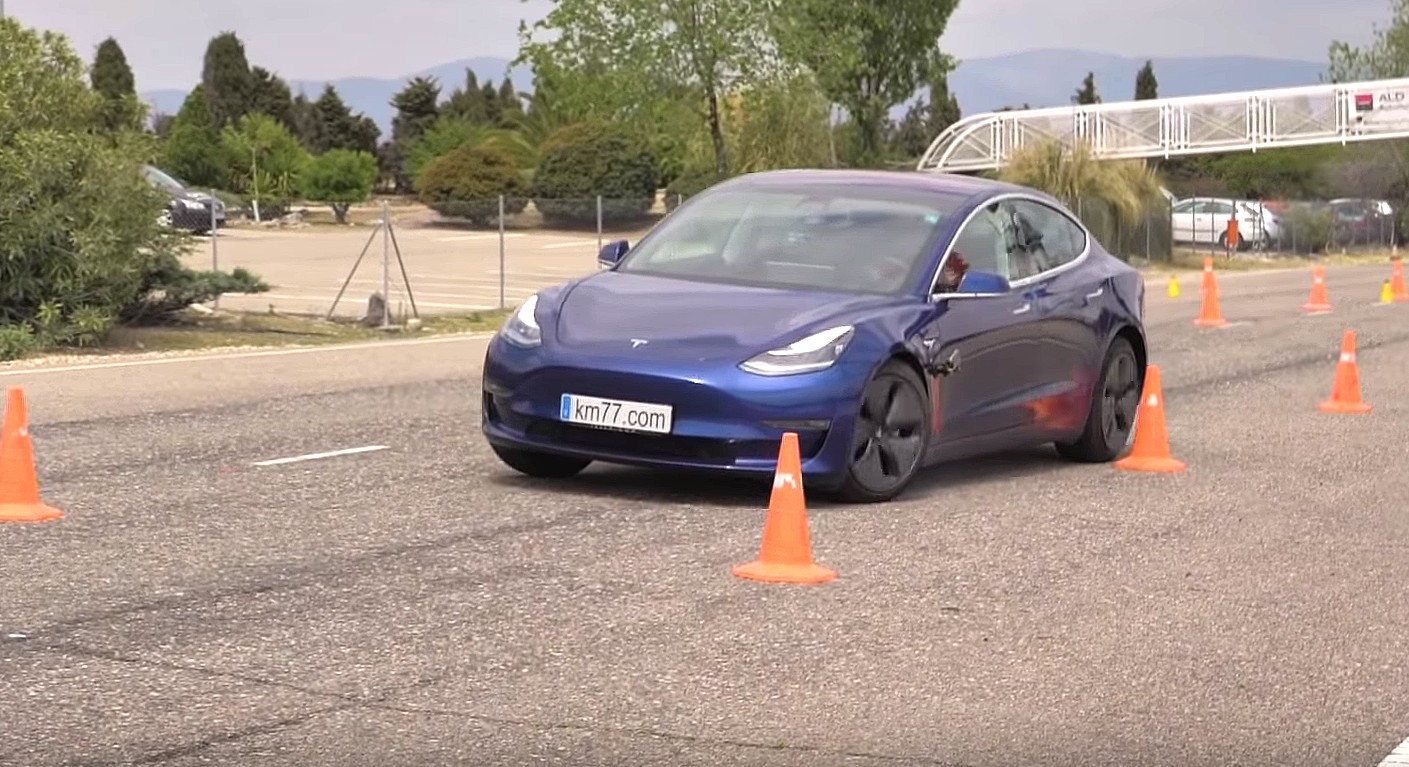 The Tesla Model 3 recently took on the Moose Test, a challenging test that simulates what happens to a vehicle when it swerves sharply to avoid an obstacle in the middle of the road. According to auto publication Km77.com, which conducted the test, the Model 3 not only passed the evasive maneuver test; it did so in a very impressive, commanding manner.

The Moose Test is performed on a dry road surface, with traffic cones set up in an S-shape to simulate an obstacle. Vehicles drive on the track, then quickly swerve into the “oncoming lane” to avoid the “obstacle,” before swerving back to avoid oncoming traffic.

The test is conducted at several speeds, in order to determine how well a vehicle would evade a potential collision on the road. The test is repeated in increasing speeds until the vehicle skids, knocks down cones, or spins out. On average, these usually happen at speeds of about 70-80 kph (45-50 mph).

The Tesla Model 3 performed incredibly well in the auto publication’s evasive maneuver tests. Multiple drivers went behind the wheel of the electric sedan, and each one came away impressed at the way the Model 3 handled itself on the course. The Model 3 actually ended up setting a record among the numerous vehicles that have been tested by Km77.com, achieving an entrance speed record of 83 km/h (51.5 mph). Footage of the vehicle show the Model 3 performing incredibly well despite the higher speed.

Another factor that contributed to the Model 3’s stellar Moose Test results was the vehicle’s all-electric design. Steering was quick and responsive, especially for a rather heavy sedan, and thanks to its floor-mounted battery pack, the Model 3’s center of gravity is quite very low, giving almost no body roll to the vehicle. This allowed the Model 3 to be in control during the Moose Test’s sharp maneuvers.

Watch the Tesla Model 3 take on the Moose Test in the video below (subtitles are available).