A recently published Tesla patent application titled “System and Method for Handling Errors in a Vehicle Neural Network Processor” describes a way to safely handle errors encountered in self-driving software. Rather than risking delays in driving responses that result from input data errors, a signal is sent to ignore the bad information and continue processing as usual. Tesla’s application was published May 23, 2019 as International Publication No. WO/2019/099941.

During self-driving operations in Tesla’s program, streams of real-time input data are received and used to both train its neural network and initiate a vehicle response to what’s being processed. If something in the data is erroneous or causes a delay in processing, the real-world impact can be disastrous if not handled properly. For example, in a fast-moving vehicle, sensor data can become stale very quickly and cause the self-driving software to respond to an environment that no longer exists. This can result in accidents, property damage, injury, and/or death. The solution presented in Tesla’s patent application attempts to avoid such processing delays altogether and thus improves the safety of the self-driving software overall. 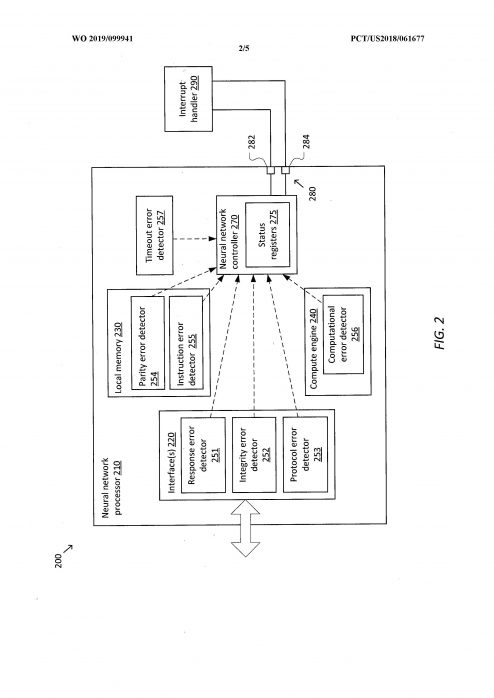 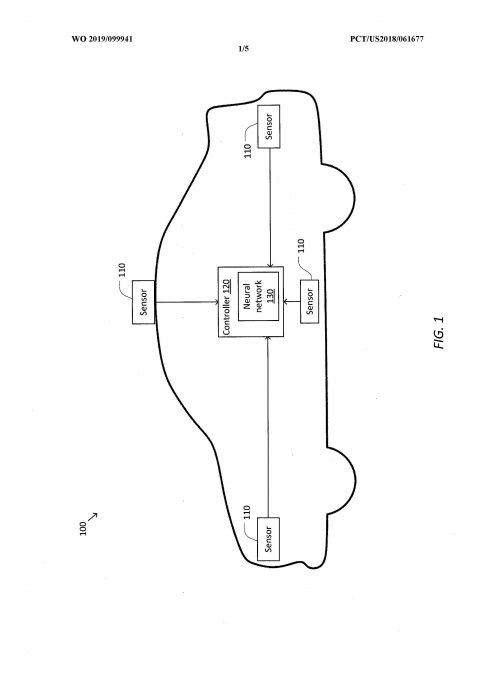 On its face, the concept behind invention may seem somewhat simple, but likely due to the complexity of neural networks and the field of autonomous driving still being fairly new, Tesla’s solution is unique and innovative. At the international review stage in the patent application process, the Examiner found that Tesla’s patent was novel (new) compared to similar neural network inventions already in the field. Specifically, the following was commented in a Written Opinion:

“Although neural network processors are well known in the art, including in the operation of a vehicle, the addition of having the controller signal that a pending data result is tainted, or incorrect, without terminating the execution of the network, improves upon prior art processors by ensuring the computations of the processor in the vehicle continue while ignoring data determined to be in error, and would require a complexity beyond the ordinary skill, and therefore…meets the…criteria for patentability.”

Concerns about Tesla’s Autopilot software were recently hit by a report published by Consumer Reports wherein the consumer advocacy group concluded that Navigate on Autopilot with autonomic lane changes was more of a liability than an asset. The report stated that, since the feature requires drivers to be one step ahead of the system while it is engaged, it still needs improvement, although the same group found Tesla’s autonomous driving software to be more capable than the competition. However, the report was only focused on how Navigate on Autopilot operates when changing lanes confirmation and warnings are disabled, contrary to scathing headlines which lumped all of Autopilot’s features together with the review.

This most recent patent application shows that Tesla is continuously improving its self-driving features, if that wasn’t already obvious from the company’s frequent over-the-air software releases.

At Tesla’s Autonomy Day for investors last month, CEO Elon Musk declared that the company’s Full Self-Driving computer was objectively the “best in the world”. As more information becomes available, such as presentations on Tesla’s technology and in patent applications, Musk’s confidence expressed in his statement becomes more clear. Full Self-Driving is expected to be feature-complete this year and will become publicly available as regulatory hurdles are overcome.