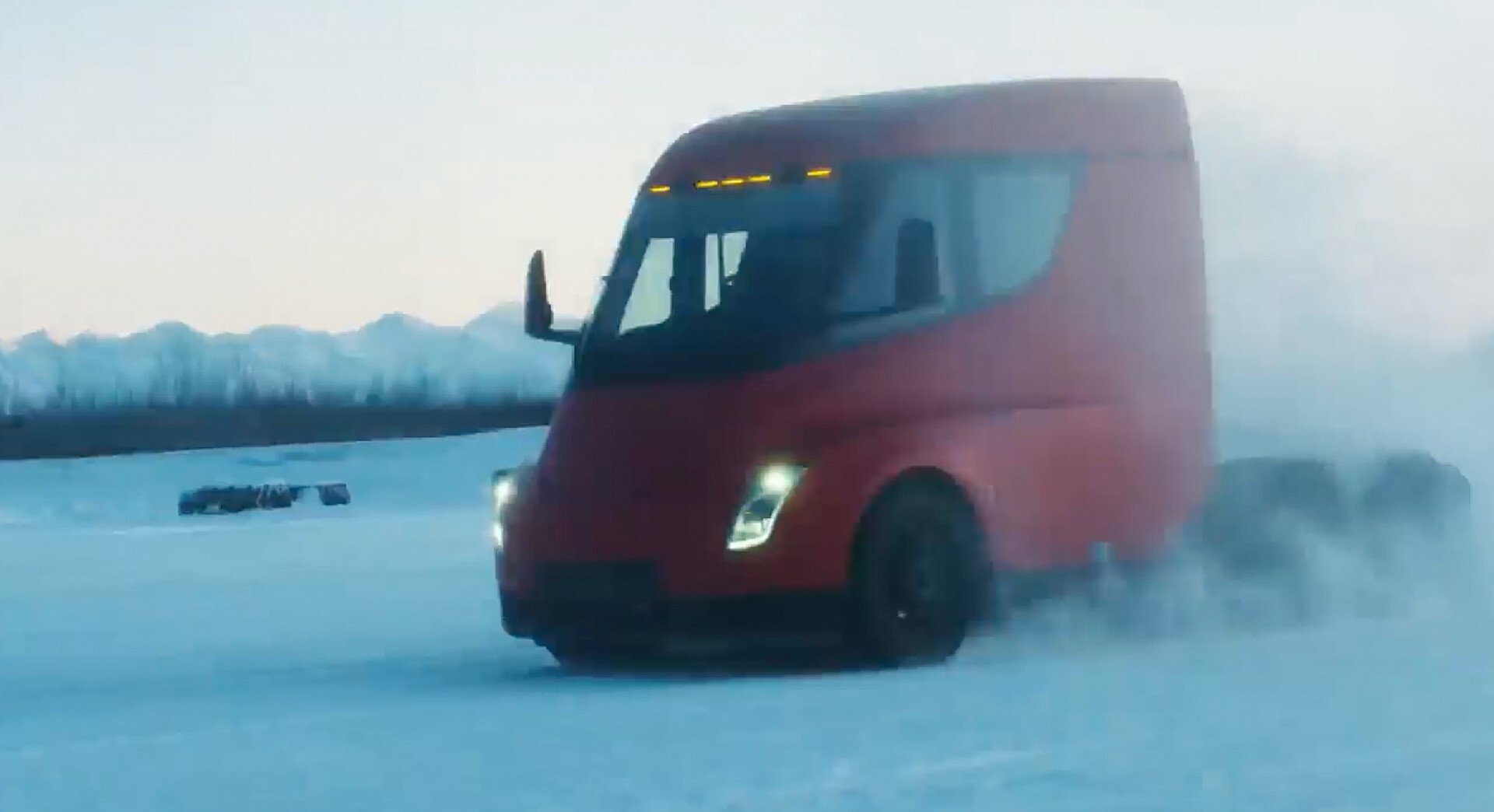 Tesla Semi’s intense, all-terrain testing is not for the faint of heart

The Tesla Semi stands up to an intense, all-terrain testing that isn’t for the faint of heart. Tesla released a video of its engineers testing its all-electric Class 8 Semi truck. The Tesla Semi was tested in various harsh weather conditions, and Tesla noted that this was to “maximize reliability & durability.”

The video begins with the Tesla Semi splashing through a large puddle of water. In one of the shots, you can see the muddy water splashing up against the hood of the Semi. Other shots of the video include it running over objects and driving in harsh winter conditions.

This isn’t the first time Tesla has conducted testing for the Semi. In 2020, a prototype of the Tesla Semi was seen after having completed several weeks of winter testing outside of Delta Junction, Alaska.

In addition to the footage of the Semi being tested. Tesla invited job seekers to apply for the Vehicle Test Team at its Fremont Factory.

According to the job posting, the engineers will test the vehicles at in-house and third-party proving grounds. The position also requires up to 50% of travel. You can view all of the responsibilities in the screenshot below.

If you’d like to apply, you can do so here.

Tesla Semi’s intense, all-terrain testing is not for the faint of heart