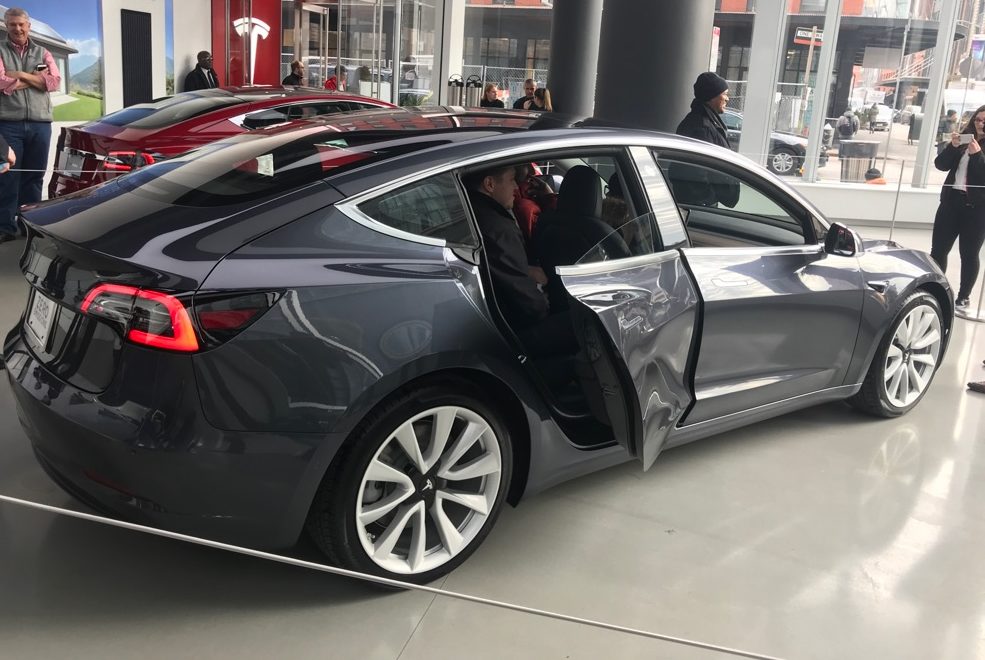 Tesla has revised its plan to wind down many of its retail stores in favor of keeping more stores but at the expense of increasing the price of Model S, Model X, and some Model 3 variants after March 18.

The update follows Tesla’s recent announcement that it would be shifting to an online-only sales model and closing many of its stores as a cost-cutting measure to support the new $35,000 Model 3.

“We will be closing some stores, and there will be a reduction in headcount…Unfortunately, there’s no way around it,” said Tesla CEO Elon Musk in a conference call. “We’re sort of in a binary choice. Reduce headcount and sell the $35,000 car and have fewer people, or not provide a $35,000 car.”

However, amid recent store closures and related staffing cuts, Tesla announced on Monday that it has decided to reopen some stores that are in high visibility areas.

“A few stores in high visibility locations that were closed due to low throughput will be reopened, but with a smaller Tesla ” noted Tesla. The company will evaluate the performance of approximately 20 store locations over the next few months before determining if they should remain open or close.

Tesla explains that by keeping more stores open, the company will need to raise the price of Model S, Model X and the more expensive Model 3 variants.

“As a result of keeping significantly more stores open, Tesla will need to raise vehicle prices by about 3% on average worldwide. In other words, we will only close about half as many stores, but the cost savings are therefore only about half.”

Tesla was expected to further reduce the price of Model S and Model X after realizing a 5-6% cost reduction from its transition to online-only sales. However, the vehicle price increase coming after March 18 will likely offset those plans until additional store closures take place.W

A copy of Tesla’s blog post explaining the new store and pricing update has been provided below.

Update on Tesla Stores and Pricing

Last month, we announced that we would be winding down many of our stores and moving to online-only sales in order to pass the savings along to our customers.

Over the past two weeks we have been closely evaluating every single Tesla retail location, and we have decided to keep significantly more stores open than previously announced as we continue to evaluate them over the course of several months. When we recently closed 10% of sales locations, we selected stores that didn’t invite the natural foot traffic our stores have always been designed for. These are stores that we would have closed anyway, even if in-store sales made up our entire sales model. A few stores in high visibility locations that were closed due to low throughput will be reopened, but with a smaller Tesla crew. In addition, there are another 20% of locations that are under review, and depending on their effectiveness over the next few months, some will be closed and some will remain open.

As a result of keeping significantly more stores open, Tesla will need to raise vehicle prices by about 3% on average worldwide. In other words, we will only close about half as many stores, but the cost savings are therefore only about half.

Potential Tesla owners will have a week to place their order before prices rise, so current prices are valid until March 18th. There will be no price increase to the $35,000 Model 3. The price increases will only apply to the more expensive variants of Model 3, as well as Model S and X.

To be clear, all sales worldwide will still be done online, in that potential Tesla owners coming in to stores will simply be shown how to order a Tesla on their phone in a few minutes. And the generous return policy of 1000 miles or 7 days, whichever comes first, should alleviate the need for most test drives. However, cars will still be available for test drives at stores at the potential Tesla owner’s request. Stores will also carry a small number of cars in inventory for customers who wish to drive away with a Tesla immediately.