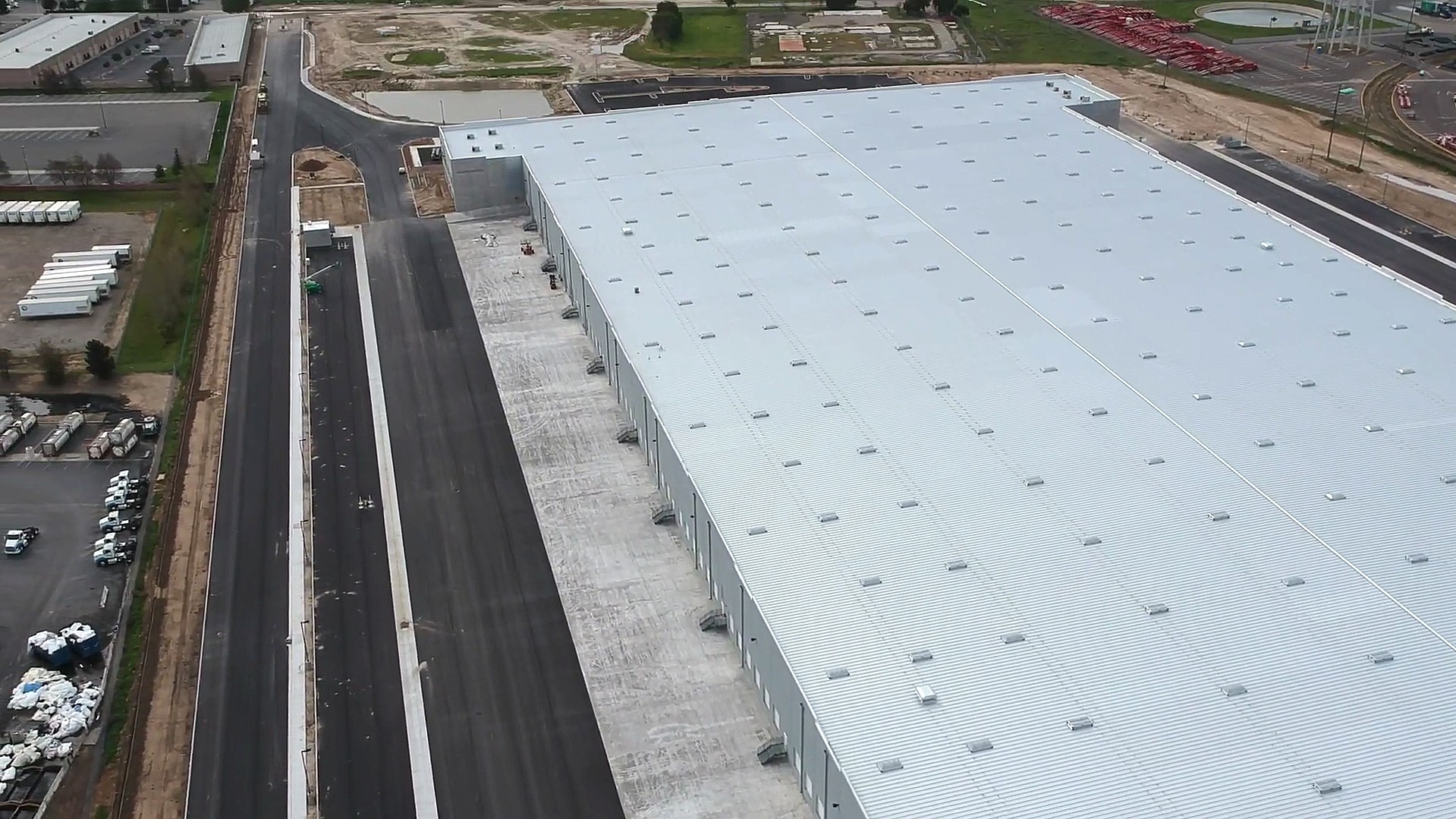 Drone footage captured this past weekend of Tesla’s expansive facility in Lathrop, CA has revealed that the yet-to-be-announced site is nearing completion.

The latest footage of Tesla’s Lathrop facility, which is widely speculated to be used as a parts distribution center, comes courtesy of Troopr1023, who previously conducted a drone flyby over the location last January. Based on videos taken this past weekend, the site’s truck-sized loading bays are practically complete. Glass windows are set up, and air conditioning units have been installed as well. It appears that the only work left to do on the site is to paint its facade and finish up its interior.

Apart from the progress of the Lathrop site’s construction, also noticeable in the recent flyby videos is the presence of what appeared to be several new car carrier trucks that were stationed at a lot near Louise Avenue. Together with the bright red trucks were a number of Tesla Model S, X, and Model 3. Quite interesting is the presence of what seemed to be Model S equipped with metal roofs, an option that has already been retired by Tesla.

Tesla is yet to reveal the nature and purpose of the Lathrop site, though job postings related in the area suggest that the 870,000 square foot facility will be used as a distribution center for electric car components. Among these available positions was for a Supervisor for Parts & Service Warehouse, whose job description seemed to be directly referencing the site. “Tesla is looking for a motivated and experienced Supervisor for our highly dynamic parts distribution center in Lathrop, CA,” the job listing read.

The establishment of a parts distribution center in Lathrop, CA will be critical to the company’s expansion of its service network and the continued ramp of the Model 3. With more and more vehicles on the road, it will be pertinent for Tesla to establish a system that will allow it to provide ample parts for repairs and maintenance of its ever-expanding fleet. The presence of a massive, dedicated site for parts distribution just 60 miles east of the Fremont factory will help the company in this sense.

Tesla has kept a notable presence in Lathrop for some time. Apart from the massive building, Tesla also owns a 500,000 square foot building that was previously used by Chrysler as a parts distribution center. Lots in the area are also used by Tesla as loading hubs for vehicles that are being delivered to other areas.

Watch the latest videos of Tesla’s Lathrop site below.