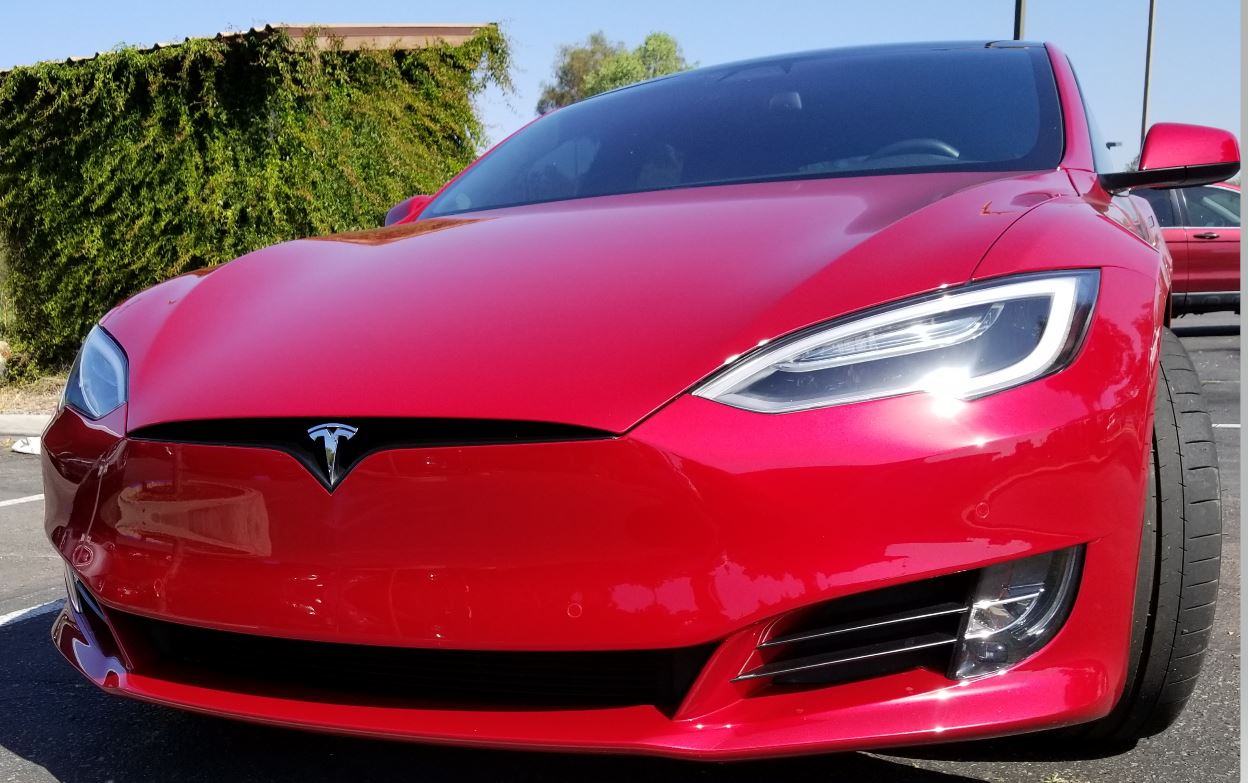 A Tesla owner from San Diego, CA has decided to part ways with his Model S P100D in the most epic way possible, crafting an extensive, expressive love letter dedicated to the electric car as he listed it in the used vehicle market.

The 2016 Model S P100D is currently listed in OnlyUsedTesla.com, a service that offers Tesla owners a platform to post their vehicles to would-be electric car buyers. In a website where there are hundreds of Teslas for sale, how does one stand out?

Through a killer ad, of course. Or in this case, a passionate love letter to a (hopefully) soon-to-be-sold “Midlife Crisis Red” Model S P100D named Scarlet. Here is an abridged version of the advertisement, and we have to say, it’s a pretty enjoyable read, even if you’re not in the market for a used, well-maintained Model S.

I don’t know how else to say it, but it’s ME, not you, Scarlet. You are the most perfect amazing car I have ever laid eyes on and I smile every time I look at you. Please, as I profess my love of you and explain myself, let me cover a few points:

What you do for me?

You are so sexy. I have been caught taking pictures of you in the parking lot and sneaking into the garage at night just to sit in you. Maybe love is blind, but I haven’t seen a hotter P100DL – not in pictures, not on the road, not in my dreams.

Your build is one of the best Model S’ I have seen. Being this was a car used for Tesla ads and delivered to me with 65 miles on it, I am sure they put extra love into your build.

We had many romantic nights gazing at the stars through your enormous (not like that) glass top.

Really, sweetie, the only thing you are missing are those silly jump seats but unfortunately, the family needs that. I am sure you know what I did for you, but let me remind you that as a detail-oriented Electrical and Mechanical Engineer, you were the right girl for me, and I, right for you:

My kids had their shoes off and ears ringing from my screaming at them.

I patted down those kids and even *that other lady * before they were allowed in. Haha! Remember that time they were dirty, and they ALL had to ride home naked? Great times.

When you blacked-out your glass and shiny parts, and wore those shoes, my heart stopped, and I cried inside. Sorry I never told you that, but why do you also need those brand new Silver Staggered Arachnids THAT YOU HAVEN’T EVEN WORN!? Don’t get me started on the drilled slotted blingy rings (R1 Performance rotors) that have also never been taken out of the box.

Also, why did you buy that tent (outdoor cover) when we have a four-car garage that you were always in?

And seriously, who has been feeding you? I am concerned as I never see you eat (free Supercharging for life).

Why did you have those “SD all weather floor mats” when you live in SAN DIEGO!? YEAH, I kept your old ones for the next bloke.

Sorry, that really isn’t important now, but I do want you to know for your next partner’s sake.

On that note, I have always known you were bisexual so just come out with it, own it, and find yourself a nice lady because I would guess she would take better care of you than some other guy. Even mentioning you with another guy just made me puke in my mouth and reconsidering this lunacy.

Again, I am really sorry we must part ways but at this point in my life, I am just not good enough for you (or so that other lady says), and I want you back out there while in your prime. My family needs me, so try to understand.

With all my love, respect, you were my first love, and I will never forget you.

PS. Please don’t make fun of the fat, flappy-armed gal I am replacing you with (Model X). She is more of a family gal, if you know what I mean.

PSS. To whom it may concern, I love this car and may pull the ad and rob a bank at any moment to keep her. This car has all options except FSD and the rear jump-seats. I really did take meticulous care of her and while there are a couple of bits of the film that has road damage, the paint and clear under is perfect. I didn’t abuse my Prius, much less this amazing car.

The vehicle’s asking price is $120,000, which is a bit steep for a two-year-old Model S P100D. Considering the upgrades that were performed on the car, as well as its freebies, however, the price is actually pretty reasonable.

The listing for the electric car, as well as the unabridged version of the Tesla owner’s advertisement, can be accessed here.

Last year, a survey from Autolist.com, a car shopping service, found that the Tesla Model S depreciates less than vehicles from other automakers. Second-hand Teslas were also found to sell faster than other cars in their segment. According to the findings of the survey, a second-hand Model S takes about 87 days on average before it gets sold, making it 5% faster than its competitors from BMW, Mercedes, Audi, and Lexus.