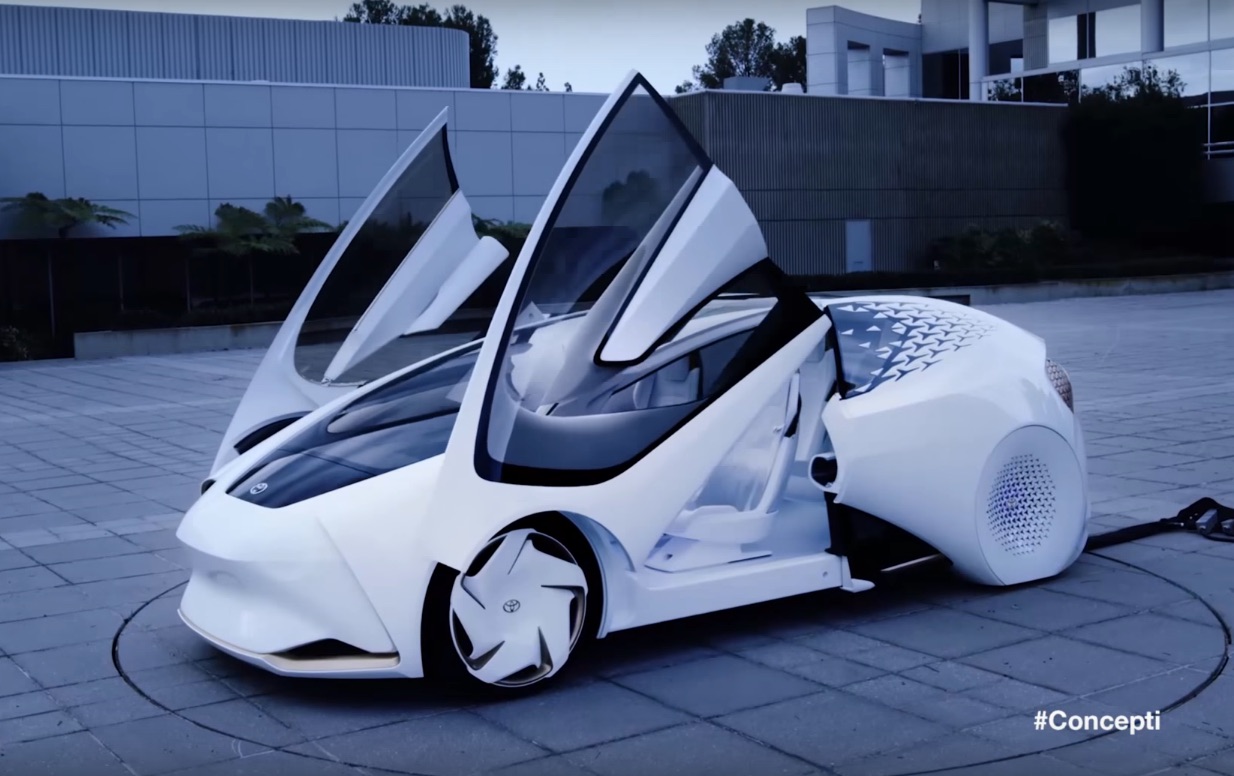 The Toyota Concept-i unveiled at CES 2017 envisions what a car might be like in the year 2030. Ian Cartabiano, head of Toyota’s CALTY advanced design studio in southern California says, “The challenging aspect of it was, how do we make this futuristic car convey something that’s still fun to drive, but also have a new way to interact between driver and car, and basically, reignite a love for cars.” The Concept-i is one answer to that question. It is “a proposal for the future that incorporates technology with a soul. We don’t want to make a cold, technical, dry, soulless machine,” he says.

Built into the Concept-i is an artificial intelligence interface known as Yui. Its mission is to get to know the driver’s emotions and preferences and react accordingly. It is the contextual equivalent of the neural learning network built into the Nvidia “supercomputer in a box” that is part of Tesla’s Hardware 2 package.

When a driver first sits down in the Concept-i, Yui appears as a pulsating circle rising from the center of the dashboard to meet his or her hand. A handshake between the driver and the circle activates the car. Yui then zips around the interior, appearing in first one subtle display screen then another. “In order for Yui to communicate with you or other passengers in the car, or to the outside, we needed it to move around the cabin, and needed it to go outside the cabin,” Cartabiano says.

Yui can move to message boards integrated into the car’s exterior to communicate with other drivers and pedestrians. “Watch out!” it might say on the right front fender if a pedestrian is about to step off a curb. “Turning Left” could be displayed at the left front corner to warn other drivers of an impending turn. 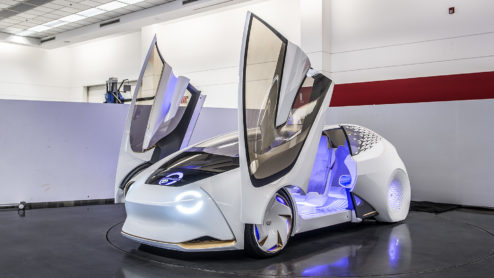 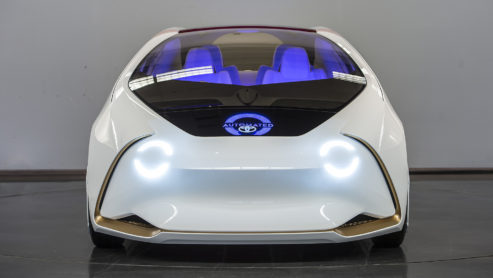 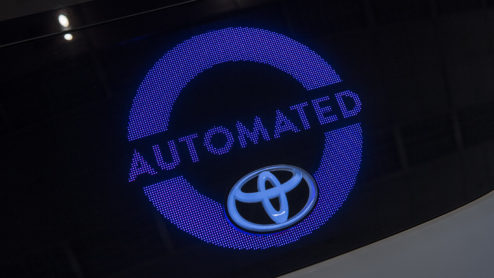 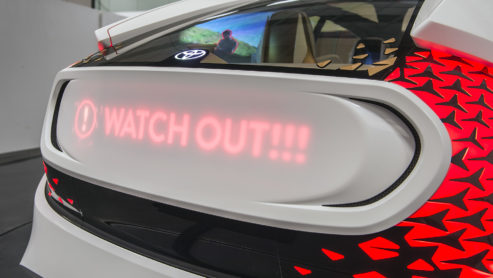 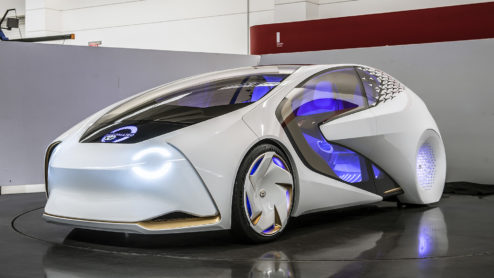 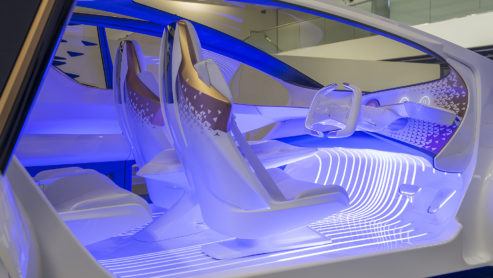 Cartabiano and his team spent a lot of time figuring out how to make Yui accessible and approachable instead of cold, calculating, and machine like. “We did form studies, we thought about three-dimensional graphics, holograms,” he says. But they settled on a simple solution — a low tech two dimensional ring with a circle inside. “Basically, the outer ring is like the body, and the inner circle is the soul,” Cartabiano says.

The team adapted principles first developed by artists at Walt Disney Studios in the 1930’s. The Twelve Principles of Animation are a series of guidelines that help make inanimate objects appear alive. They imbue Yui with manners and motions so it can convey feelings and emotions. By pulsing, stretching, shrinking, and overlapping,  Yui can communicate with people in a variety of ways. “It’s called Omotenashi,” Cartabiano explains. “It’s a way of saying ‘contextual information.’ It’s basically hospitality at the right time, when you need it, in the right amount, served in a beautiful way. And when you’re done, it disappears.”

For the exterior design of the Concept-i, Cartabiano says the team’s guiding principle was Kinetic Warmth. “It’s very easy to draw a smart-phone on wheels, something that’s cold and aluminum and gloss black, and it has red eyes. We wanted to stay away from that,” he says. “For this concept, every surface is moving, but it all has a connected line quality.” He mentions the modern architect Eero Saarinen as inspiration. “He was a Modernist, but the feeling of movement he applied in buildings like the TWA Terminal at JFK, we really wanted to apply to this car. Something warm, not cold. Something inviting, not sterile.”

One of the conundrums of the future is four sophisticated vehicles at a four way stop. How will they decide in what order they will proceed? “That was one of our big topics of discussion at the very beginning of this project,” Cartabiano says. “Don’t we have information overload right now? We wanted to do the opposite. We wanted to plant this flag at CES and say, our vision of the future is intriguing, warm, simple, and universal.”