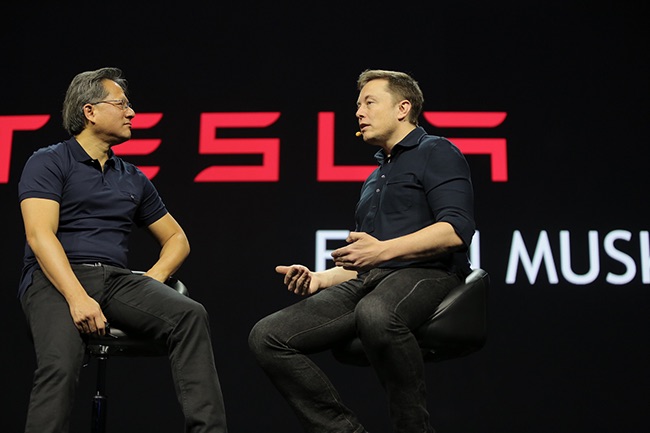 In front of a packed crowd of 4,000 attendees at the San Jose McEnery Convention Center, Elon Musk addressed everything from his vision of autonomous cars becoming “as normal as elevators” and the dangers of humans “driving a two-ton death machine”, to Tesla’s unrelenting efforts in securing the onboard system from hackers. “We’ve put a lot of effort into that, and we’ve had third parties try to hack it,” Musk said.

Briefly mentioned in the interview is Musk’s teaser about the upcoming OTA software update that will  ‘end range anxiety’.

Nvidia, of course, and Tesla Motors has had a long history with working with one another. The Tesla Model S 17″ touchscreen infotainment system is powered by an Nvidia 1.4-gigahertz Tegra 3 quad-core processor.

Watch the full interview between Nvidia CEO Jen-Hsun Haung and Elon Musk below.