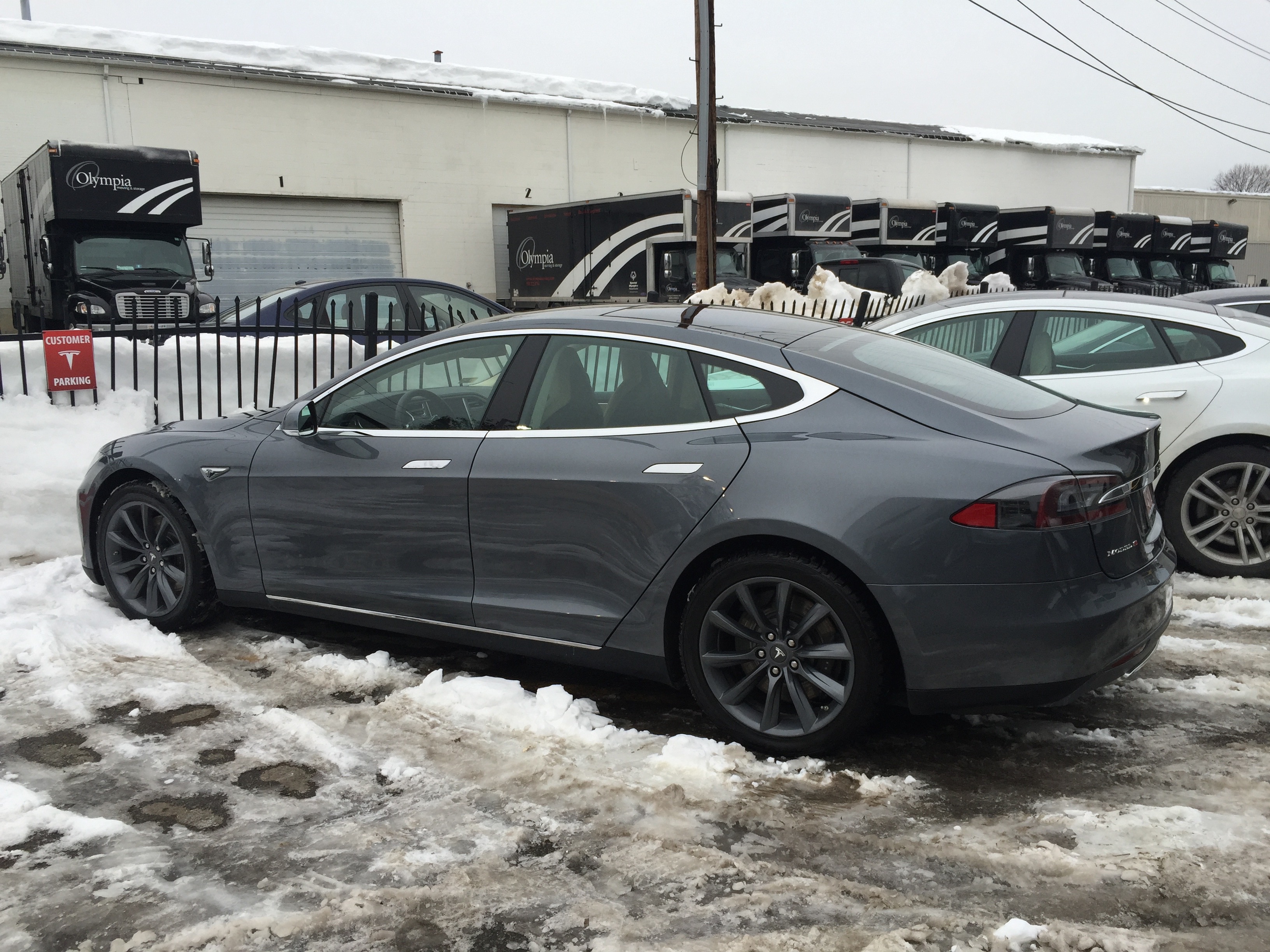 I’m still shy of the 12 month mark on owning my Model S, but I just had my first annual service and wanted to share my thoughts and experience on Tesla’s annual service.

Tesla recommends that you have your Model S serviced every 12,500 miles or every 12 months, whichever comes first. This has always been problematic for me since I drive 30,000 miles a year. So by their rules I’d be getting an “annual” service every 5 months.

When I explained this to my Tesla rep during delivery of my Model S, they had recommended that I perform the service at 24,000 miles which seemed very arbitrary to me, but that’s what I did.

At 24,000 miles (less than 10 months into ownership) I called for an Annual Service appointment. The service person I spoke to was shocked I hadn’t had my car serviced yet with all those miles and I explained that I had been following their recommendation. My appointment was booked 3 weeks out. It wasn’t urgent so timing wasn’t a big deal, but it did mean that I would be going in for my first service at 25,500 miles.

When should I take my Model S in?

One Model S owner who goes by the handle of AmpedRealtor received the following email from Jerome Guillen, former VP, Worldwide sales and service (he just changed roles):

Dear Mr. [AmpedRealtor]:
Any customer who has paid for a 4-year service plan is entitled to 4 “annual service” visits. The customer can elect to bring the car whenever they desire: we recommend every year or every 12,500 miles (whichever comes first), but the customer are free to do whatever they essentially desire. They can bring the car every 18 months or every 6 months. In the end, they will receive the 4 “annual service” they have paid for. I hope this clarifies the situation.
Many thanks for your continued support. Best regards,
Jerome Guillen | VP, WW sales and service

While thats a nice email and statement, it isn’t what the contract says when you sign up for the pre-paid plan. So while Elon, Jerome, and others have stated other things its hard to commit to a contract that clearly states something different and then expect otherwise.

Ultimately, Tesla needs to get their act together on what an Annual Service really entails and make sure the paperwork matches the intent.

What Goes Into the Tesla Annual Service?

The Annual Service price (if not pre-paid) is $600. Its an all-day affair and usually involves you dropping off your car and getting a loaner.

In many areas, Tesla offers a valet service (for free) where they’ll pick up your car and drop off a loaner, but they’ve started clamping down on that service. Nowadays it seems that they only want to do the valet service if you’re within 10 miles of the Tesla Service Center. I wasn’t offered valet service (I work 14 miles from the service center) and dropped my car off myself which wasn’t a big deal — I always love seeing all the Tesla’s on their lot.

The actual annual service was described as follows on my invoice:

They basically go over the car and check everything out. Along the way they’ll also perform any other needed updates where needed.

There was a service bulletin:

And I had some corrosion so they replaced the parts that were of concern.

They also did more than a normal “Annual” service since I was at twice the mileage for the annual and evidently they have different types of service at different mileages. This one they called:

For that part of the service they removed, cleaned and lubricated front and rear brake pads and performed an alignment with some minor adjustments.

So while the service is annual, they do different things based on the mileage on the car again somewhat contradicting ideas of coming in whenever you want or only once a year regardless of mileage.

I generally have a list of less urgent items that I want addressed each time I go into the service center. I had two open issues this time as follows:

The UMC (my original one that came with the car) was faulty and they replaced it for free after testing it themselves. I’m a little concerned it didn’t even last a year before failing but at least it was covered by the warranty. Fortunately when it failed I had a spare and had started using that after several bad charges with the original UMC.

To address the rubbing noises coming from the right front tire, Tesla mostly blamed the noise on my aftermarket Tsportsline wheels and Nokian tires but was able to address it with a wheel alignment. I don’t really buy that the aftermarket parts were the issue given there’s a forum discussion going on with owners with the exact same issue on the same front right wheel. But whatever they tweaked, it is much better now. I think their design tolerances in the wheel well are too tight.

Oddly they had an item on the service sheet as a customer complaint from me that I didn’t bring up when making the appointment:

This was actually derived from an email to ownership a few months before the service about the problems around limited regeneration in the cold. It wasn’t a complaint about the car as it was working as designed, it was a suggestion that they may want to review how things worked in that area as I thought there was a safety issue.

Tesla collects all concerns / complaints that you email them with and will include it into your service checklist.

Any service event (planned or unplanned) is an opportunity to experience a Model S with a different set of configurations. While I was hoping for a P85D, I ended up with a beautiful blue P85+.

While the extra performance was nice, I wasn’t blown away by it since I had a lot more trouble with keeping the wheels from spinning. With my S85 I really have to work at losing traction and the traction control does a great job. With the P85+ (it had winter tires on too, Sottozero) the tires spun a lot and I didn’t like the experience — the power was too much for either the tires or the traction control or both.

The other thing the car had that was new for me was the Alcantara headliner. I really liked the look of it and would have to think hard on that option next time. I’d want to hear about maintenance/cleaning experiences first though. My first paid Tesla service appointment in over 25,000 miles cost a total of $600 and was overall a good experience. I felt that it was good value for the amount of work Tesla did on the car. Tesla did everything I expected (and more) and returned my car cleaner inside and out than it has been in many months of driving through a harsh New England winter.

Granted it got dirty before I even reached home but it was still great to see how beautiful the car looked when clean. I’m ready for spring.