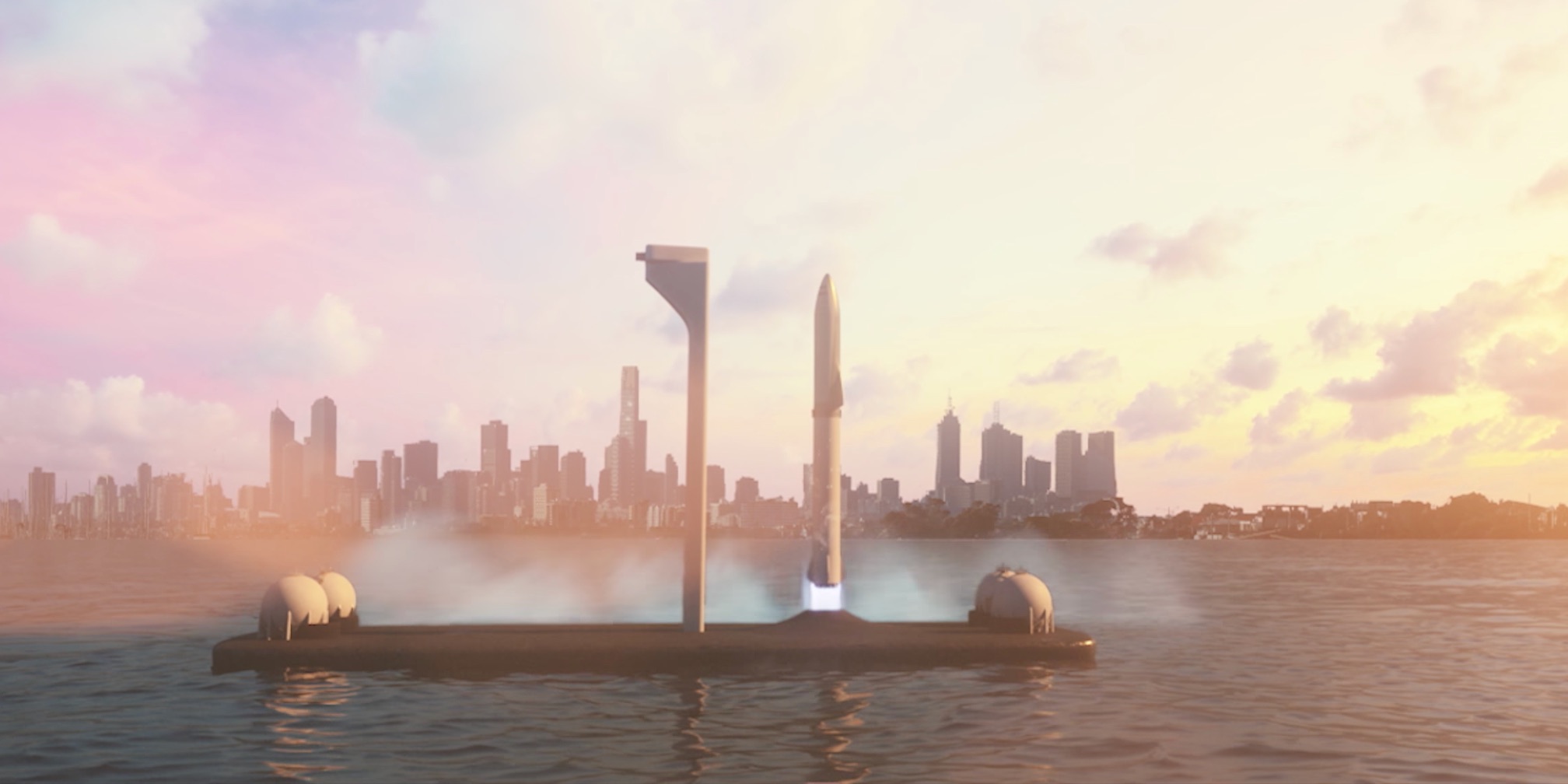 In a truly jaw-dropping tour-de-force of confidence and detail, Elon Musk has provided a presentation with the ultimate goal of refining and optimizing the Interplanetary Transport System revealed just over a year ago to date. Now generally named the BFR, or Big Falcon Rocket, it is plainly clear that this new and improved launch vehicle is a vastly more useful spacecraft.

In the midst of a dizzying amount of technical details, Musk also offered a serious look into SpaceX’s strategy behind funding the development of BFR. Incredibly, Musk said that he and the company believe it will be possible to fund this development by replacing its current launch vehicles, Falcon 9, Falcon Heavy, and Dragon, thus freeing up the development capital directed at those vehicles for BFR. Not only does Musk believe that this is readily achievable, but he again reiterated that SpaceX aspires to begin construction of the first spaceship before July of 2018, with the aim of sending two cargo spaceships to Mars by 2022.

Despite it being considerably smaller than 2016’s ITS, the BFR spaceship is intended to comfortably house 100 travelers for as long as six months, with two or three passengers each in a total of 40 cabins. The key to the economics of Musk’s dream of multiplanetary colonization lies in the complete reusability of the BFR, ultimately leading to a price per launch that is lower than that of SpaceX’s Falcon 1, no more than $8 million. Spread across 100 paying passengers, the plausibility of Musk’s seemingly insane venture drastically increases. Musk also demonstrated BFR’s potential utility for activities in and around Earth orbit, ranging from satellite debris removal, launching massive scientific probes, and even supporting or constructing a human outpost on the Moon. Completely and utterly unexpected was the final aspect of Musk’s presentation: BFR as a potential enabler for relatively affordable travel anywhere on Earth in less than an hour, less than half an hour for more common long-distance journeys.