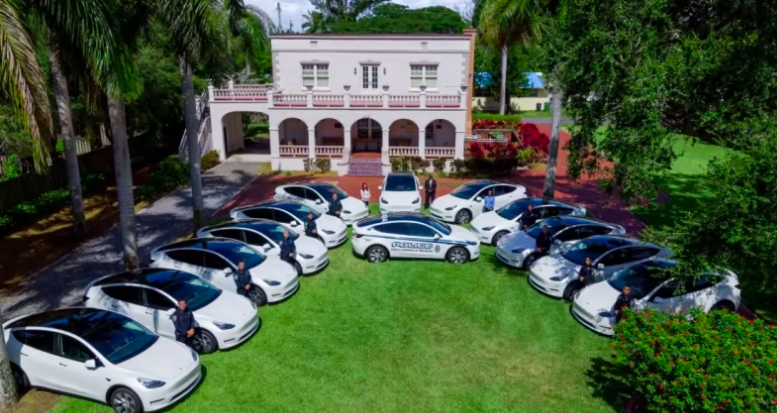 The City of Hallandale Beach, Florida, said that it is driving into the future. The city is adding a total of 13 Tesla Model Y vehicles to its police fleet making it one of the largest all-electric police fleets in the nation.

The city also said that the purchase could be the largest roll-out of full-size EVs for police use in the nation. The City Manager, Dr. Jeremy Earle, called this a step into the future for the city.

“With this purchase, we’re taking a step into the future of Hallandale Beach, which is sustainable both financially and environmentally.”

Each Model Y will cost around $70,000 but over time, the savings on fuel and maintenance will make the cost worth it. And bonus points: it’s better for the environment. Vice Mayor Michel Butler spoke about the savings.

“Our residents are saving money over traditional police vehicles. As a beach community directly affected by rising sea levels, these cars will reduce the city’s contribution to climate change.”

How Did The City of Hallandale Beach Pay For The 13 Model Ys?

The city used federal funds from the American Rescue Plan act to help pay for the all-electric fleet. Normally, police vehicles cost around $40,000. Each Tesla Model Y is an additional $30,000 added to that.