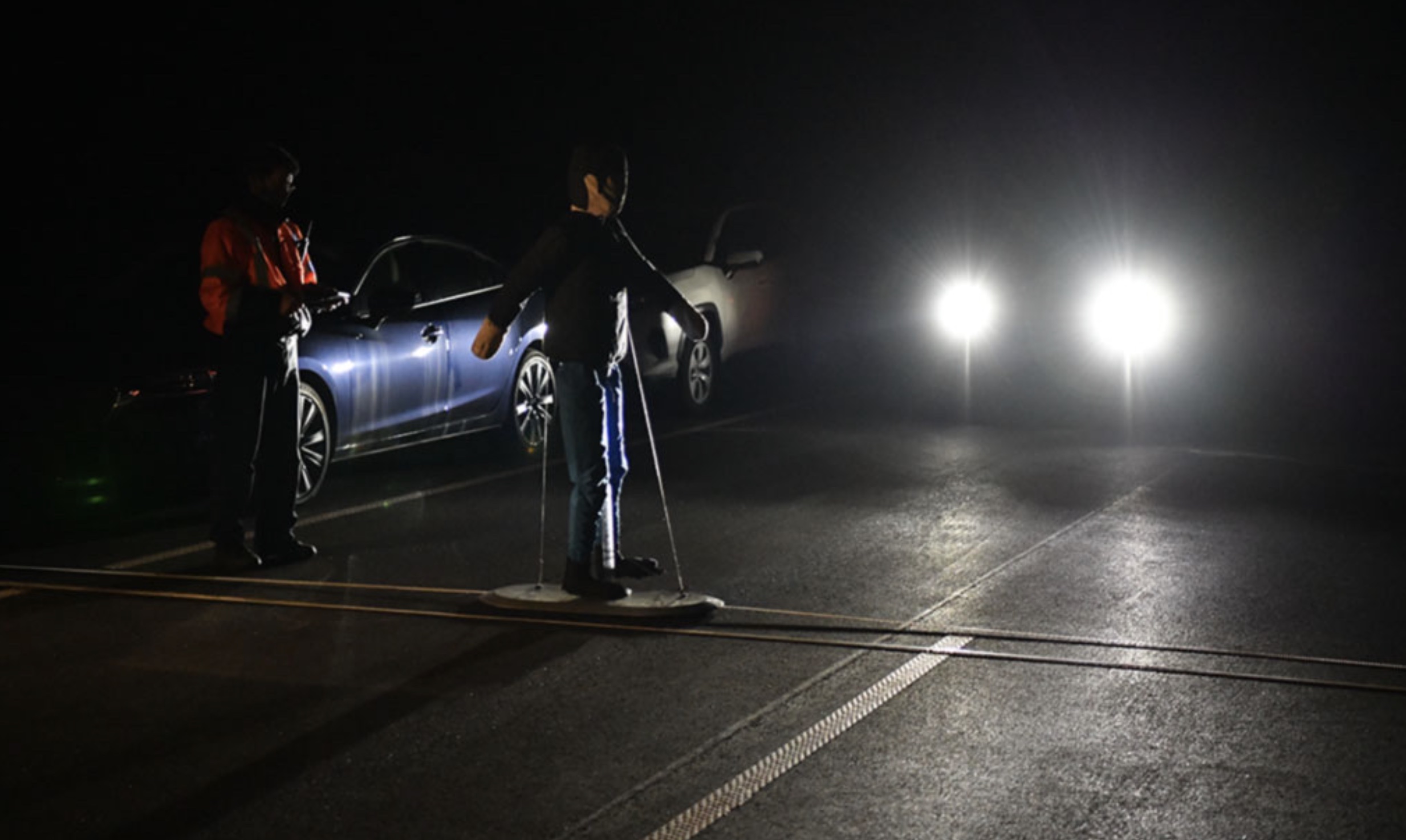 A study by the Insurance Institute for Highway Safety (IIHS) found that pedestrian crash rates were lower when vehicles were equipped with pedestrian automatic emergency braking (AEB) systems. However, the agency’s study also revealed that AEB systems practically made no difference in pedestrian crashes that occurred at night.

“This is the first real-world study of pedestrian AEB to cover a broad range of manufacturers, and it proves the technology is eliminating crashes,” says Jessica Cicchino, IIHS vice president of research. “Unfortunately, it also shows these systems are much less effective in the dark, where three-quarters of fatal pedestrian crashes happen.”

Cicchino, the IIHS study’s author, looked at nearly 1,500 police-reported crashes involving 2017-2020 model-year vehicles from different manufacturers to determine the impact AEB systems made in pedestrian crashes. The study accounts for the quality of the vehicle’s headlights, along with the driver’s age, gender, and other demographic factors.

The study found that pedestrian crash rates of all severities were 27% lower when vehicles were equipped with AEB systems. Injury crash rates were 30% lower. However, the study also found that AEB systems made no difference in tests conducted in “unlighted areas.”

Cicchino made the discovery among a subset of 650 crashes with more detailed information about lighting conditions, speed limit, and crash configuration. The more detailed data revealed that AEB systems reduced the odds of pedestrian crashes by 32% in daylight and 33% in areas with artificial lighting, during dusk or dawn and nighttime.

The manager of active safety testing at IIHS, David Taylor, and his team have already conducted some research tests to design the planned nighttime pedestrian AEB evaluation. Eight small SUVs from eight different manufacturers were put through the standard vehicle-to-pedestrian evaluation in complete darkness.

During five test runs, vehicles were awarded points based on their average speed reduction. An additional point is awarded in the 37 mph parallel scenario to cars that provide the driver a warning at least 2.1 seconds before impact.

The vehicles the IIHS chose for the test included cars that used single cameras, dual cameras, single camera and radar, and radar only configurations. The test also had vehicles that already took the vehicle-to-pedestrian front crash prevention evaluation and earned ratings ranging from superior, advanced, and basic.

Except for the radar-only Taos, all the vehicles’ performances declined in the dark, dropping some of their ratings from superior to advanced when using high beams and superior to basic when using low beams. The Taos received essentially the same nighttime tests scores compared to daytime evaluations. However, the IIHS noted that the Taos was also the worst performer during the daytime tests.

The best performers in the nighttime tests were the 2021 Ford Bronco Sport and 2021 Toyota C-HR. Both vehicles use a combination of cameras and radar.

“The better-performing systems are too new to be included in our study of real-world crashes,” noted Aylor. “This may indicate that some manufacturers are already improving the nighttime performance of their pedestrian AEB systems.”