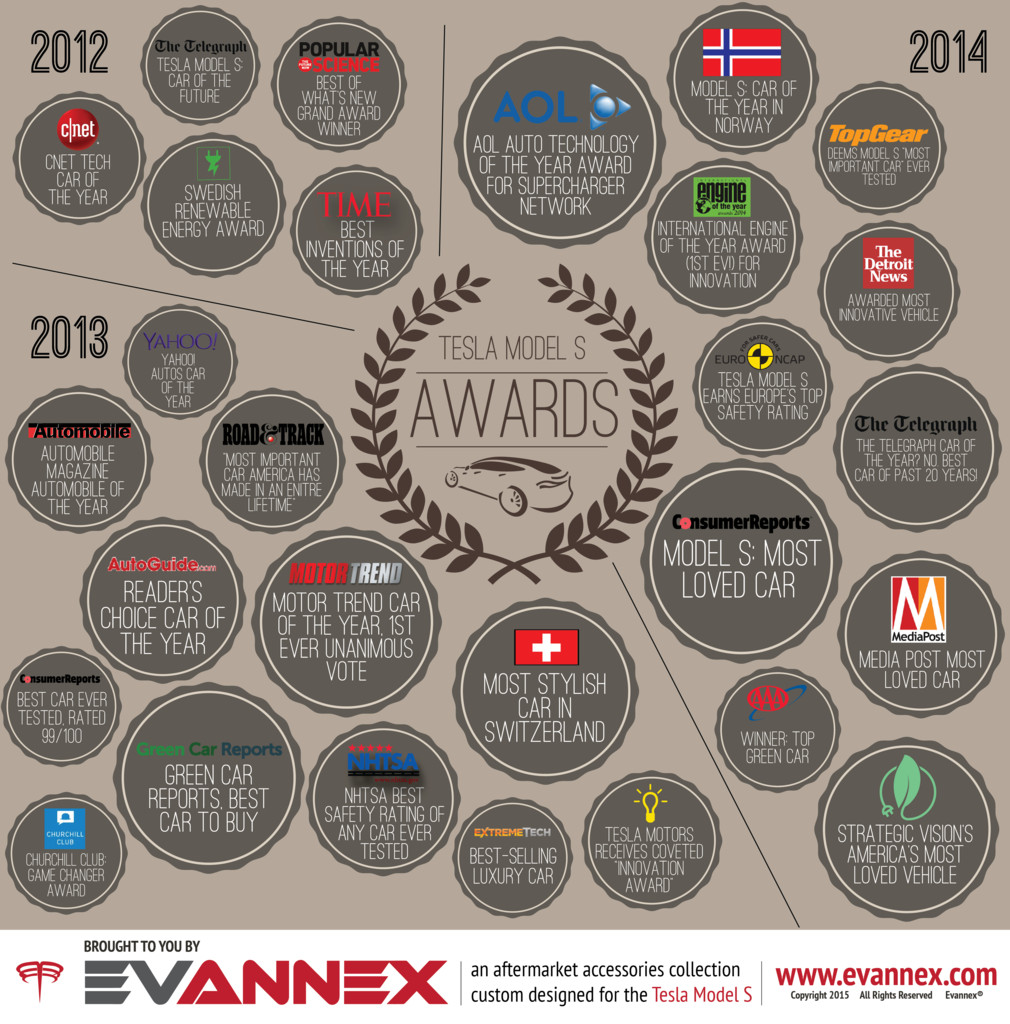 Looking ahead into 2015, a big question remains: how will the Tesla Model X be received. Tesla’s 2014 Shareholder Letter confirmed that it had received “almost 20,000 reservations for Model X.” A good sign for sure, but, is there any other predictor that may help us forecast?

If history is our best teacher, it’s likely that the Model X, a car that will greatly benefit from all the key lessons learned from the Model S, may be poised for some upcoming praise. Although Tesla Motors does no advertising at all, it is heavily covered in the press. And, since launching in 2012, the Tesla Model S has accumulated an astounding number of awards and accolades. In fact, there are so many that we can’t list them all. So we decided the highlight our favorites over the past three years in an easy-to-digest infographic. Looking back, the Tesla Model S took the automotive world by storm soon after it launched by winning the car-equivalent to the “Academy Awards,” the Motor Trend Car of the Year award (in Motor Trend’s first-ever unanimous vote). The magazine gushed that the Model S “drives like a sports car, eager and agile and instantly responsive. But it’s also as smoothly effortless as a Rolls-Royce, can carry almost as much stuff as a Chevy Equinox, and is more efficient than a Toyota Prius. Oh, and it’ll sashay up to the valet at a luxury hotel like a supermodel working a Paris catwalk.”

Already in 2015, Consumer Reports named Tesla Motors #1 for service and repairs. We’re sure there is more to come. But we think a simple look back, demonstrated in this infographic, proves that Tesla Motors is truly poised for imminent success in the future.