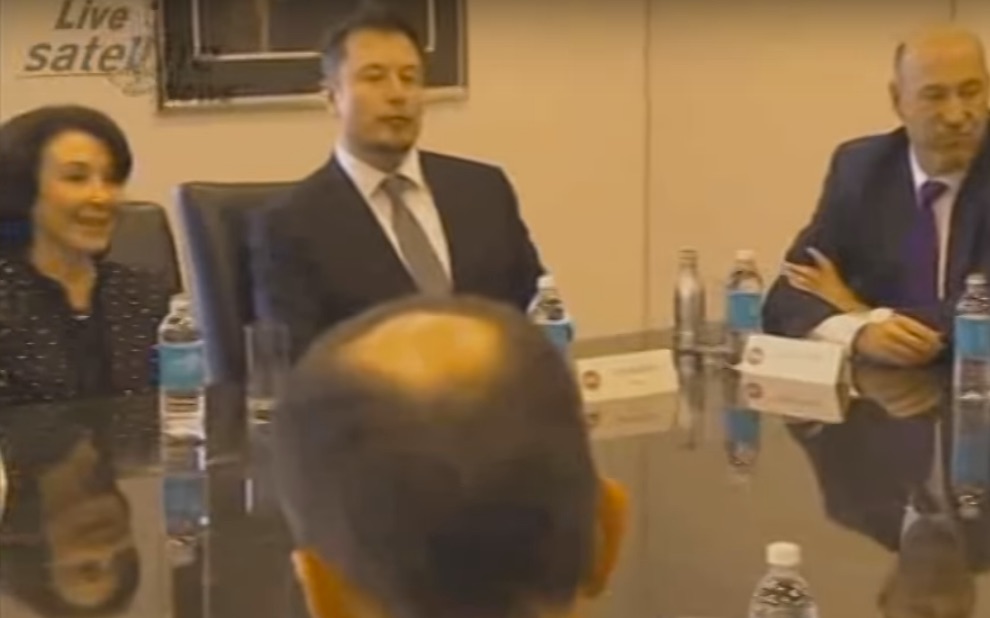 Elon Musk attended a tech summit today hosted by President-elect Donald Trump at Trump Tower in New York City. Several Silicon Valley executives were in attendance, including many that had notably opposed Trump’s candidacy during the election. Along with Musk, some of the other summit-goers included Tim Cook of Apple, Larry Page of Alphabet (Google), Jeff Bezos of Amazon & Blue Origin, and Travis Kalanick of Uber. Amazon founder and CEO Jeff Bezos showed up early at Trump Tower. Musk, Google co-founder and Alphabet CEO Larry Page and Facebook COO Sheryl Sandberg were some of the other tech executives who arrived later, ignoring a flurry of questions shouted by reporters, as they made their way into the elevators.

Here’s Elon Musk making a quick entrance into the elevator at Trump Tower.

The overall agenda was originally assumed to have been focused on job creation, and given the entrepreneurial success and employment numbers of the executives at the summit, it was certainly a safe assumption. The first three minutes of the meeting were live streamed via several news outlets, including C-SPAN and CNBC, before the doors were apparently closed to media.

In the short streamed portion of the meeting, Trump’s introductory comments were very positive, emphasizing that he wanted to help the executives to succeed in their businesses. He made mention of the beneficial stock market bounce that came with his election and that he wanted that bounce to continue.

“So right now, everybody in this room has to like me at least a little bit.”

After emphasizing his appreciation for the “incredible innovation” of the companies represented, Trump put forward an open door policy.

“Anything we can do to help…we’re gonna be there for you….I call you, you call me…There’s no formal chain of command here.”

Trump began a discussion on his intentions for easing trade and border restrictions to benefit all involved before the video ended.

We’ll be sure to provide updates as we learn more about what was discussed at the meeting.

Reince Priebus, former chair of the Republican National Committee and Trump’s Chief of Staff, tweeted that job creation and economic growth were the topics of the summit.