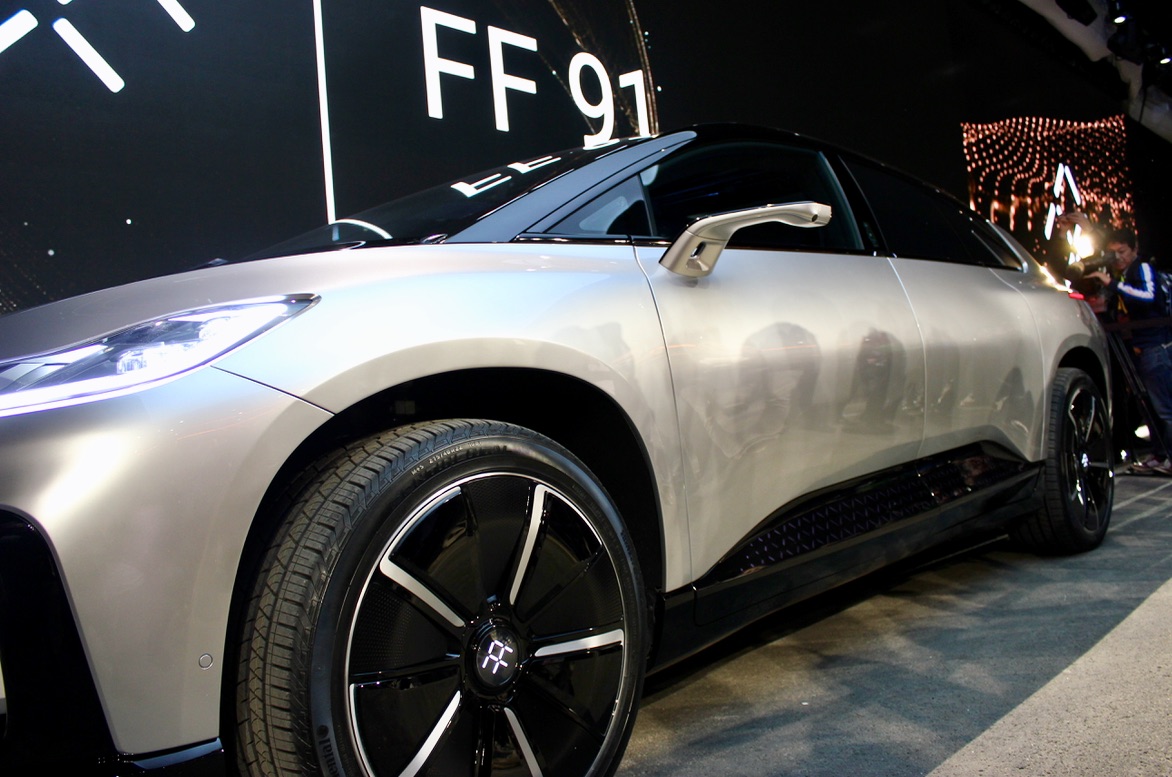 One of Faraday Future’s financial backers, LeEco, the electric vehicle company run by Chinese billionaire Jia Yueting, is selling  49-acre plot of land located in Silicon Valley after purchasing it from Yahoo for $250 million less than a year ago. The parcel is reportedly being sold to Chinese developer Genzon Group for $260 million amid a “big company disease” and cash crunch, according to Reuters.

News of the pending sale is a far departure from the initial plans Jia had for the parcel of land last year. Speaking at a gala event at the Palace of Fine Arts in San Francisco, Jia told his audience that the land in Silicon Valley would be used to build the US headquarters for LeEco. “This property will be an EcoCity that houses 12,000 employees,” he claimed at the time.

Jia made his money by building Leshi Internet Information & Technology in 2004. Known as the “Netflix of China,” it was the first company in China to stream television content directly to subscribers. It quickly expanded to producing and selling a wide range of electronic devices from smartphones to televisions.

Things went well for Jia until he became obsessed with the idea of building electric cars. Not only is Jia the head and principal financial backer of LeEco, a Chinese electric car company, he is also the force behind Faraday Future, and an investor in Lucid Motors, formerly known as Atieva. In China, LeEco has introduced its LeSee electric sedan, which is designed to compete with the Tesla Model S.

But the various car companies have faced significant headwinds of late. Work on the Faraday Future factory in North Las Vegas was halted last fall after money owed to the primary contractor went unpaid for several months. Dan Schwarz, the treasurer of the state of Nevada, made a trip to China to investigate Jia’s finances and told the press upon his return that the company didn’t have any money.

Since then, Faraday Future’s plans for a 3-million-square-foot factory have been scaled back to a 650,000 square foot facility which the company says will be completed this fall. The company still claims that production will start “sometime in 2018.”

Shortly after his appearance in California, Jia publicly confessed in a letter to shareholders that the finances of his companies were out of control. The letter said, “No company has had such an experience, a simultaneous time in ice and fire,” he said. “We blindly sped ahead, and our cash demand ballooned. We got over-extended in our global strategy. At the same time, our capital and resources were in fact limited,”

In January, Jia secured an additional $2.2 billion from property developer Sunac China Holdings. But that money is not to be used for Jia’s car making endeavors and is intended instead to keep his core entertainment business units alive and functioning says Reuters.

The number of LeEco employees in the US has been slashed from 1,000 a year ago to about 500 or fewer today. LeEco declined to confirm how many people are still on the payroll.

The sale of the parcel of land in Silicon Valley will help put some cash back into the company as it looks to ride out the cash crunch. Whether any or all of its electric car manufacturing plans will ever come to fruition is unknown. Shares of Jia’s core business, Leshi Internet Information & Technology Corp Beijing, have declined in value by 25% since the first of the year.