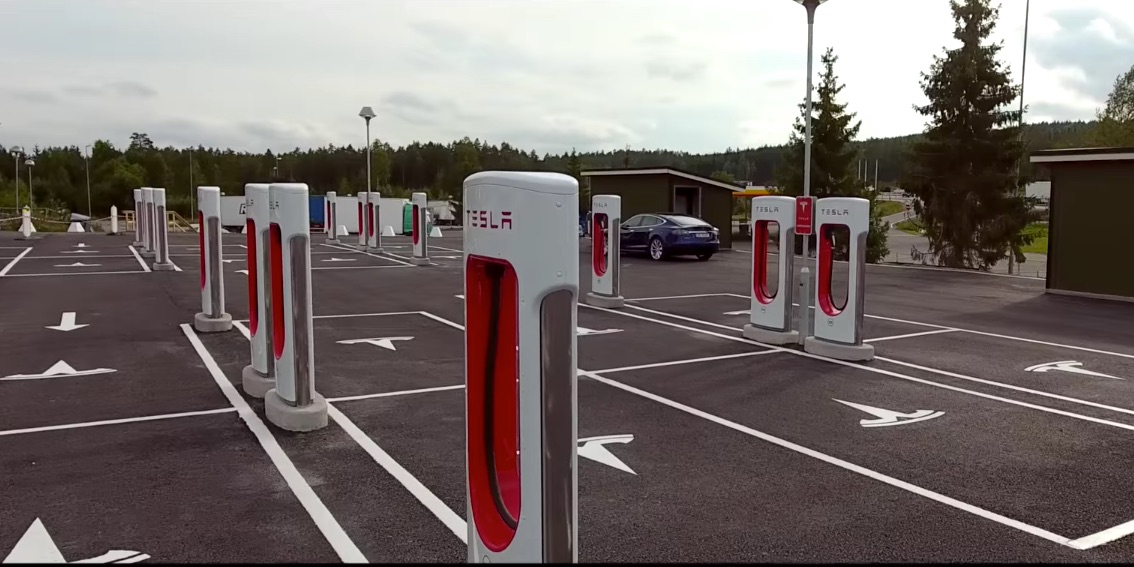 Tesla held a ribbon-cutting ceremony Thursday to celebrate the grand opening of its first 20-stall Supercharger station in Nebbenes, Norway making the country become home to the world’s largest Tesla Supercharger and DC fast-charging station.  The location, a small rural town 40 miles outside of Oslo, also hosts the CHAdeMO and Combined Charging Standard (CCS) fast-chargers used by other vehicle manufacturers, most notably Nissan and BMW.

In a country where 28.4 percent of new vehicle sales are plug-in electric vehicles (PEV) according to HybridCars.com, Norway leads second-place California which sees roughy three perfect of its new vehicle sales going towards PEVs. Having all three fast-charging systems in place at Tesla’s new Nebbenes Supercharger site will provide EV drivers, regardless of make, easy access to recharging and support for fossil fuel-free long distance travel across the country’s roadways.

As reported on elbil.no via CleanTechnica, Bu gave thanks to Tesla for “pushing other car manufacturers in the right direction”. “Today we represent more than 35,000 EV owners, making us the biggest EV owners organization in the world. More than 3,000 of those drive a Tesla, the rest drive a large selection of different models and makes. I think it’s wonderful to get a fast charging station where a total of 28 EVs are able to fast charge at the same time.”

“I would like to thank Tesla for pushing other car manufacturers in the right direction, and also for taking responsibility for fast-charging. They show everything is possible.” 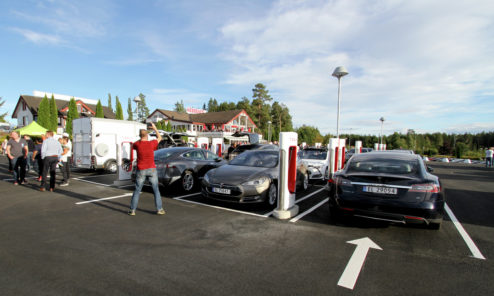 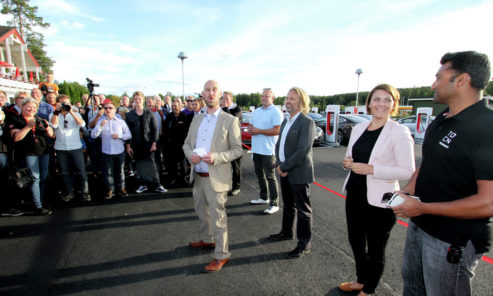 Fortum Charge & Drive’s Jan Haugen Ihle addressed the crowd in attendance, stating “Making it universal in order to make every EV model able to charge is key to us. I would also like to thank the people here at Nebbenes tavern for their cooperation, making the development happen rather quickly. Our part of this fast charging station is a part of our network for all EVs in southern Norway, making it possible to drive from Oslo to Trondheim. So far this year we have installed 160 fast chargers, with more to come before the years’s end.”

Tesla continues to aggressively push forward with its global expansion of Supercharger stations. More recently there have been unconfirmed speculation that the Silicon Valley automaker may begin installing Superchargers across U.S. gas stations and grocery stores through strategic partnerships with the landowners. With nearly 400k early reservations placed on its highly anticipated mass market Model 3 ahead of production, it wouldn’t come as a surprise if Nebbenes’s title for world’s largest Tesla Supercharger station will be short-lived.