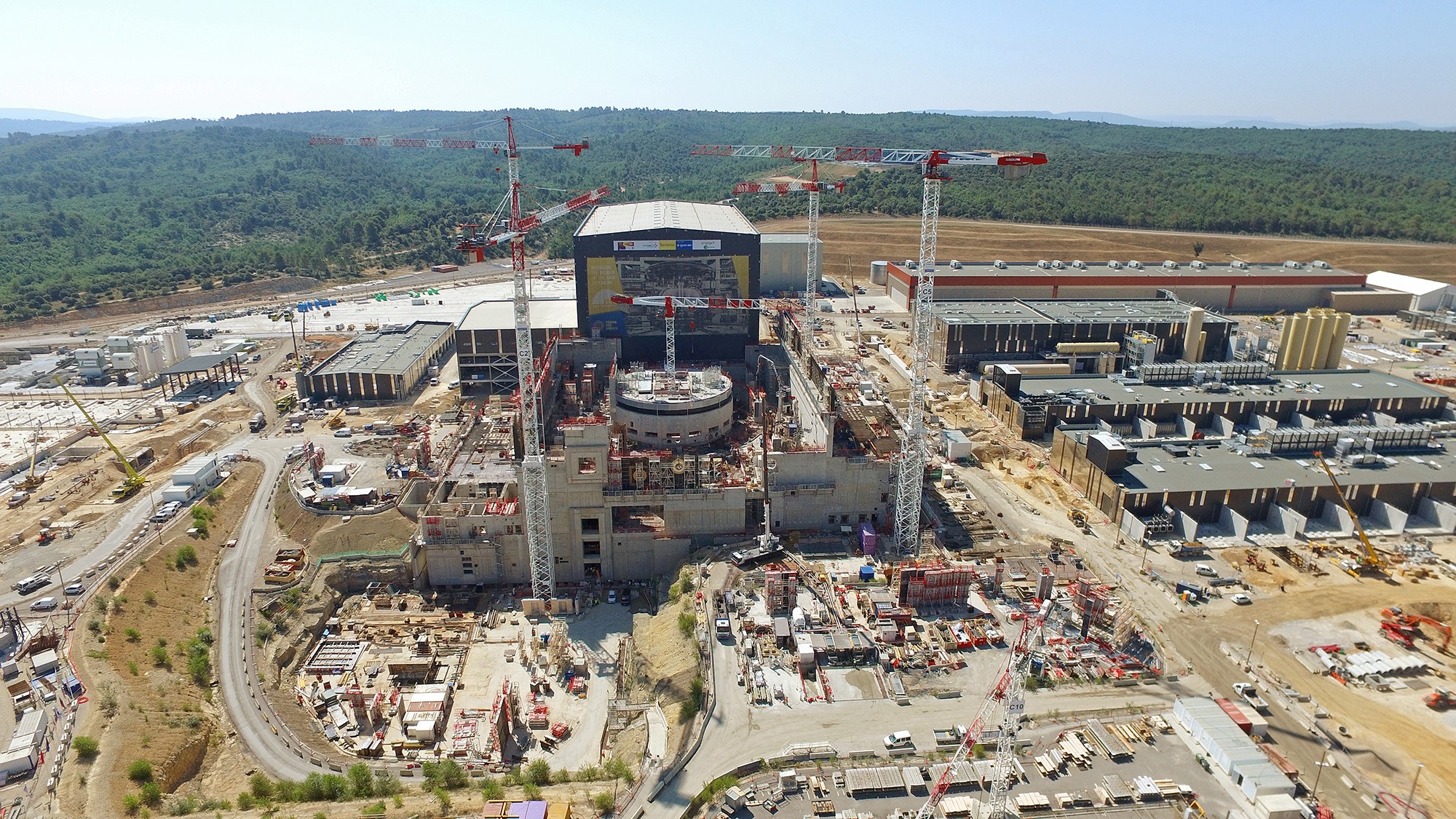 The development of unlimited, carbon-neutral, and safe energy through nuclear fusion is expanding around the world, and scientists at the Atomic Energy Authority in the United Kingdom (AEA) have recently cleared one more key hurdle to making it a commercial reality: exhausting gas that’s hotter than the Sun. The hot plasma created during fusion power generation needs to cool down as it’s being used, but at its extreme temperatures, there aren’t any materials available to withstand the heat. Now, that problem appears to have been solved.

The AEA team’s answer to the heat issue is a “sacrificial wall” design which will require replacement every few years. Plasma will be moved down a path within its fusion generator’s holding device to cool it slightly before coming into contact with a specially designed wall for the remainder of the cooling process. However, even at a lower temperature, the heat will degrade the wall’s integrity over time and need to be changed. With the first nuclear fusion reactor set to turn on in seven years, AEA’s fusion exhaust system may be one of the developments that keeps it on schedule.

It’s said that imitation is the sincerest form of flattery, and recent fusion energy developments show that sentiment’s considerations don’t remain within the bounds of Earth. At about 90 million miles away, our Sun is essentially a fusion reactor in the sky, its large size creating enough gravity to force atoms together at its core and release massive amounts of energy. Artificially reproducing the conditions needed for this kind of generation is tough, but the attempt has been going on since the 1960s. The AEA is representative of one agency in a global endeavor.

The most advanced nuclear fusion project today is ITER, the International Nuclear Fusion Research experimental reactor in southern France, which hosts scientists from 35 countries dedicated to achieving the first ever positive fusion energy production. Their device is called a “tokamak”, and its structure is something like a flattened donut (torus) encapsulated by rings of powerful magnetic coils. The magnetic fields generated by the coils both suspend the plasma created by extreme heat and squeeze the plasma into a small space to create the fusion reactions. ITER is scheduled to turn its reactor on in 2025. 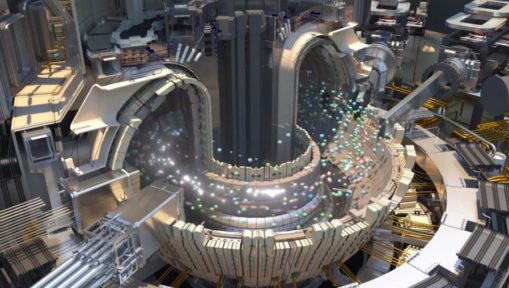 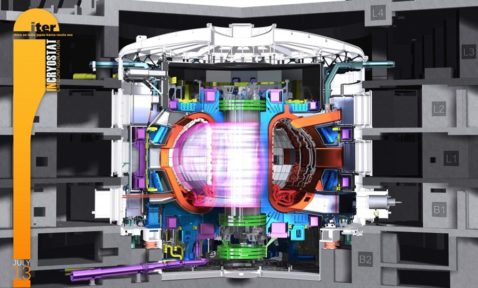 A computer-animated visualization of the ITER tokamak in operation. | Credit: ITER.org

Creating fusion in a laboratory involves two primary parts: 1) creating plasma, a soup of electrons and nuclei released from their atomic structures due to extremely high temperatures; and 2) merging the nuclei of two different types of atoms, generally different forms of hydrogen. The heat in a tokamak is generated from both the magnetic field movement and external heating devices, and the nuclei merge is achieved by squeezing the plasma using those same magnetic fields into a constricted area to encourage collisions. Essentially, the high heat excites the atomic particles, speeding their motion, and their energetic movements within the magnetically confined area significantly increases the likelihood the nuclei will crash and fuse together. When this fusion occurs, a massive amount of energy is released, the object of desire for all involved in this field of research.

The amount of heat needed to convince atoms to release their electrons and form plasma is in the range of millions of degrees Celsius, the core of the Sun itself being 15 million degrees. Without high gravity to aid with squeezing plasma, as in the Sun’s case at 27 times the gravity of Earth, reactors on our planet need to heat well beyond the Sun’s temperature to ensure the atomic particles in the plasma collide and fuse. ITER’s tokamak heats to 100 million degrees Celsius.

All of this heating and magnetic control requires its own energy input, and this is where the current state of fusion energy development is focused. The ratio of energy used and energy produced is called “Q”, the desired amount aimed for by scientists in the field being 10:1. When ten times the energy is produced by nuclear fusion than used to produce it, it will have advanced to a level ready for further development as an alternative power source, or so goes the thinking. ITER’s specific goal is to produce 500 MW of fusion power from 50 MW of heating power.

Once energy is released from the fusion process, it can then be captured to create steam to power generators currently using other power sources such as coal and natural gas. This is another benefit purported benefit of fusion power; it can plug directly into existing power grids, minimizing any disruptions or requirements for new equipment. Combined with the abundant availability of hydrogen and the lack of greenhouses gases or radioactive waste, there are high hopes for fusion’s future as an all-in-one energy solution.